The Chinese New Year has just passed by and this year was known as the Year of Dog. The Spring Festival, as it’s also known, sees families come together for food, fireworks, and gift-giving.

As a Chinese student studying abroad in Manchester and learning Chinese dancing in my spare time, I joined in a number of performances and celebrations with Arts of China dance group to celebrate the spring festival with Manchester citizens. We performed the opening dance for Manchester Chinese New Year Gala 2018 on 9th February 2018, which was fabulous and unforgettable. We wore Chinese traditional costume and danced with lanterns, northeastern handkerchiefs and ribbons, which brought the new year’s atmosphere to our audience. 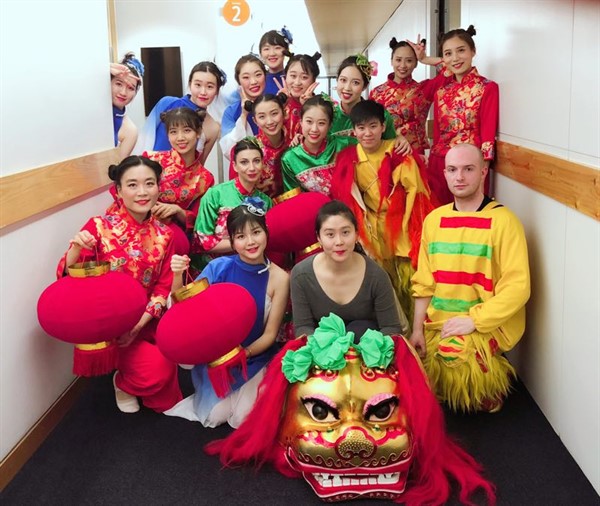 The following day we did a Chinese New Year flash mob both in Manchester airport and in the city center. Surprisingly the Mayor of Manchester also came and watched our dance. On 18th February, which was the third day of Lunar New Year, we wore red Han Chinese costume and had a Chinese dance performance in Albert Square. After that we joined the legendary dragon parade away from Albert Square to the Chinatown. There were huge crowds of people and children were excited with the magic of dragon and traditional Chinese crafts. 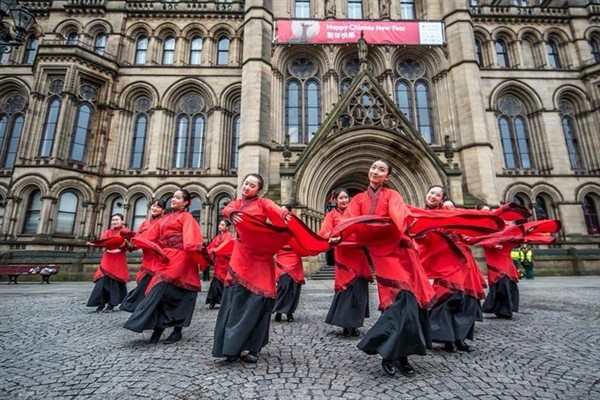 In addition, the festival also promoted socially engaged art and the public’s arts participation. Firstly, the Confucius Institute organized diverse creative workshops for families in different places of Manchester during the Chinese New Year. The workshops included a variety of traditional Chinese art forms, such as calligraphy art, Chinese knot, Chinese hand crafts and Chinese wash painting. Children and their parents could do Chinese arts together with Chinese artists, which could promote children’s creativities and encourage cultural exchange. Apart from Confucius Institute, FCAM artists also shared their incredible talent with everyone at Albert Square on 18th February. The public could learn Chinese culture such as calligraphy with artists, which was impressive and influential. < Protecting our members and users data: GDPR and what we are doing idle women launch crowd funding campaign >