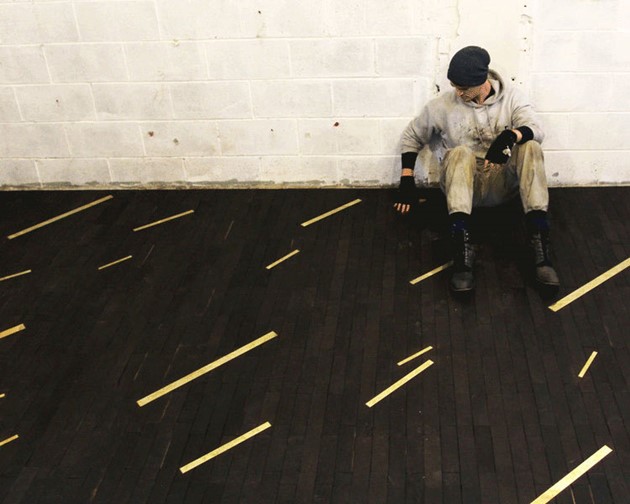 Axisweb has established a reputation for its committment to supporting and profiling contemporary artists within the UK.  A new initiative and self-financed, the Axisweb Artist Award is about supporting artists as artists.

Chris Agnew is the recipient of the first Axisweb Artist Award 2017.

Chris will receive £1,000 and additional artistic support, including the production of an Artist film by Axisweb, to realise the ambitions of his project - Annex.

"I am delighted that Chris Agnew has been awarded the first Axisweb Artist Award. The Award supports experimentation and is a unique opportunity for Axisweb members to evolve new work in an open ended way. I look forward to seeing how Chris Agnew’s ambitious and far reaching project develops over the coming months with the support of Axisweb and other partners."  Sarah Martin, Axisweb Trustee and Head of Exhibitions at Turner Contemporary.

We were drawn to Chris's project because of the story. Annex offers honesty in place of sensation, self-searching in place of self-promotion, and a wonderful first-person account (through the eyes of Chris) of a journey of discovery.

The project gives insight into the process of the artist to investigate, construct, reconcile, reveal and present. The uncertainty and the tension of the unknown and the idea of authenticity and truth in revealing the story is something we all can relate to.

"I am absolutely thrilled that Axisweb has decided to give the artist award to Chris Agnew, it is truly well deserved. Chris works with commitment and painstaking precision to expose narratives and challenge conventional artistic approaches to storytelling. Through rigorous experimentation, this project based work further deepens the unique nature of his practice." Curator and Gallerist Kristin Hjellegjerde

Annex, seeks to unearth the lost history of a Romanian family, between the years of 1919 and 1989.

Chris lived in Bucharest, Romania between 2011 and 2016 where, with a couple of friends, he started a furniture restoration business. The story behind Annex started with the purchase of an antique writing desk that had seen better days.

The gentleman who was selling the desk told Chris that one of the drawers was jammed shut, but that whatever it contained didn’t interest him. Once back at the studio Chris realised that the key had been snapped off in the lock of the drawer.

After prising it open the desk revealed a mass of letters, documents, certificates, photographs and various other objects including the leather case of a small pistol.

The material spans the most tumultuous period in Romanian history; from just after the end of WW1 in 1919 right up until 1989 when the violent revolution brought about the end of Communism. All of these events are filtered through one family who lived in a small town 70 miles outside of Bucharest.

Chris has been tracking down the descendants of the family, which has only revealed even more unexpected stories than could have ever been anticipated.

"The scale and scope of this project is much larger and has much wider-reaching implications for both myself personally as an artist, and for the other ‘characters’ who play a role in this story. Annex has required me to fully immerse myself in another domain – that of the investigative journalist in Romania – and my value as a Western contemporary artist is under scrutiny in this environment. This is something that I have, and will continue to embrace throughout this process as I ask myself questions about the role that a British artist can play in Brexit-era Europe. " Chris Agnew

The story is just begining. Keep checking back to find out what happens!

< Veronica Ryan film for The Art House Could we have the biggest gallery outside London? >