Whose Art? Our Art! 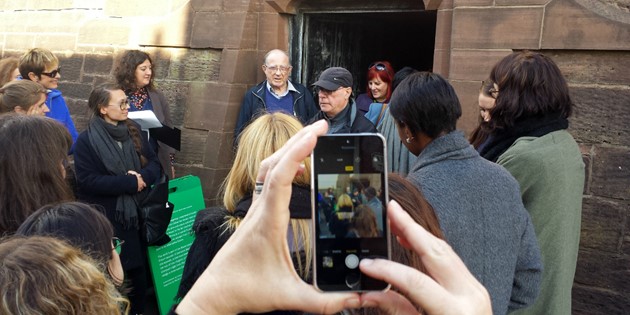 I approached my attendance at the engage conference with excitement and a degree of trepidation. What exactly is arts activism? Can political change really be achieved or supported through art? and/or are some artists-activists exploiting current issues to further their own careers?

The title of the conference suggested a battle cry or protest chant. I wondered who the ‘Our’ is? Where is this collective group of people demanding ownership of the Arts? The general consensus across the sector is to make art more accessible, but I believe the ambition for this is coming much stronger from those who already engage with the art world, than those who would consider themselves outside it. 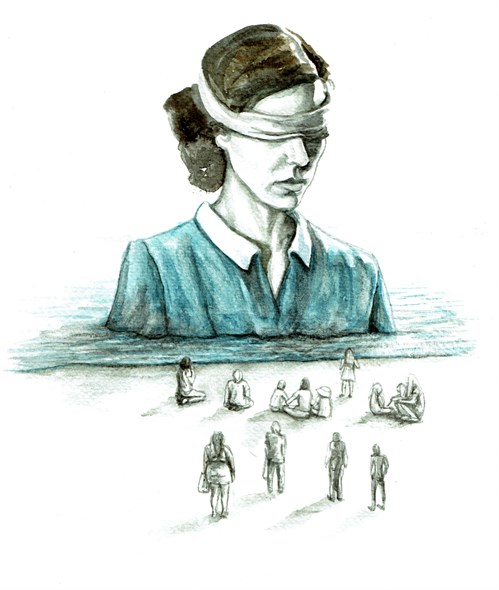 The 2016 engage conference explored a mixture of issues and presented over 24 speaker provocations & debates alongside a series of breakout workshops. There were approximately 210 delegates from all over the UK, 8 of which defined themselves as artists on the list of delegates, including myself. The event was an excellent opportunity to meet and interact with a large group of freelance arts educators, curators, and gallery & museum participation officers. The three day programme included exclusive tours of the Biennial, given by the curators, which gave a unique perspective on how such a large festival is delivered.

Sally Tallant was the first speaker who struck a chord with me, when she said;

The word ‘responsibility’ implies duty, the idea that the art world needs to wake up and take things seriously for a change. I worked for seven years on a project called ‘Art at the Centre’, a regeneration art project funded by Arts Council (pre-recession, 2005 - 2012). It focused on a small community on the Isle of Sheppey, and prioritised the idea of community decision making and participation. This agenda is certainly not a new one, however it has become more fashionable in recent years. Curators used to talk about the community engagement wing of their programme like it was some sort of lesser, supporting-role actress to the main act.

Here in Liverpool the opposite is true. On the tour of the Biennial Polly Brannan, Education Curator for the Liverpool Biennial, spoke passionately about how she wanted to change the idea that the education space was the bit that ‘serious’ visitors avoided when going to see an exhibition. Her approach was to remove the traditional boundaries. The works involving young participants are central to Liverpool Biennial, working with some of the best known artists such as Marvin Gaye Chetwynd. 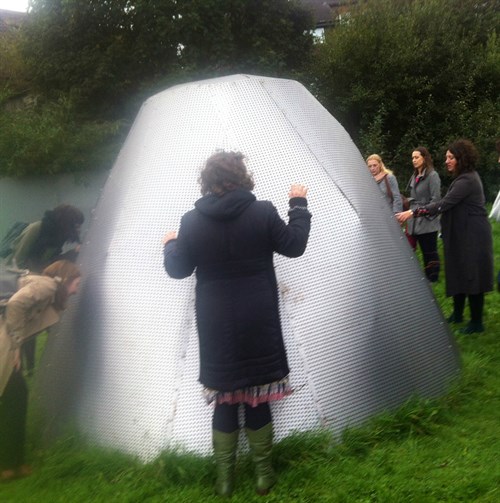 The second speaker Rabab Ghazoul talked about her long career of making work that is political, yet she did not want to define herself as an activist. She spoke about addressing power constructs and hierarchies both within and outside the art projects. Ghazoul said she wants to ‘create a different space in which we can contemplate political issues’. This concept of art providing a space for reflection and dialogue, rather than directing actions seems to be an important one.

One example Rabab shared stood out. Whilst working on a project with a group of young people in Wales she realised the commissioners had created a label for the group, calling them ‘community consultants’. She wondered whether they knew about it. She discovered they weren’t aware of it. They discussed what this meant and then googled the word ‘consultant’. They got images of people in suits pointing. This seemed ridiculous, and far removed from what they were actually doing. As she questioned;

‘Are we using language to describe people that de-humanises them, or positions them in a certain way? (So that they fit our agenda) Are we perpetuating the deep social inequalities by how we talk about or exploit communities?’

The suggestion is that as a society we are still falling into the trap of making art to be ‘done to’ people, rather than with them. Coming back to my point of who is making the decision and definitions? Who is the ‘Our’? The youth group project resulted in a public billboard which read ‘They are Powerful, but we are mighty’ in giant lettering. To Ghazoul’s credit she made a point of saying that the artwork was actually not her work, but theirs. 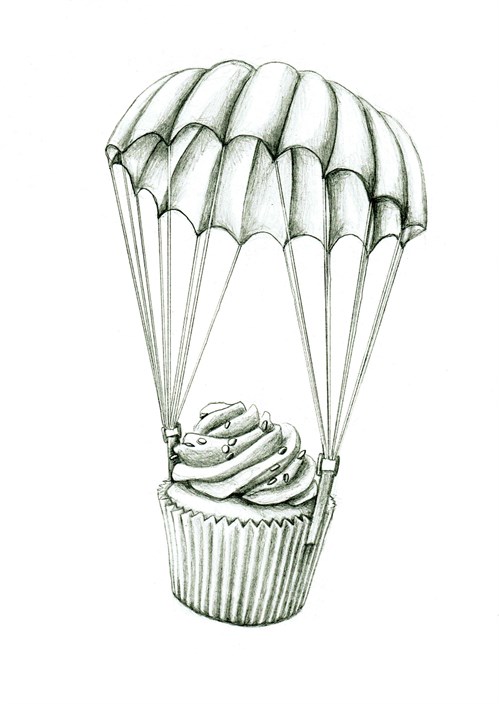 Following the keynote speaker a panel consisting of Dave Beech, Anna Galkina and Nina Edge, chaired by Bryan Biggs attempted to dissect the definitions of art activism versa political activism. Explaining the difference between ethics versa politics using an analogy involving sprouts. My understanding was that ethics is what might guide personal decision making, whereas politics is about collective decision making. Nina Edge talked about her projects in residential streets, using arts to raise political awareness and create a different kind of dialogue. The question which seemed to stir up the most interest was;

‘Are you part of the art world or outside of it?’

Needing to position yourself in relation to the art world is important. We all get categorised whether we like it or not. Every time an artist applies for a competition or commission, their covering letter and CV will already reveal many things about them, before a single image is seen. Where you sit within the hierarchy has a direct effect on your value as an artist.

The second panel discussion ‘The social Model of Art’ was equally energised; Laurie Peake, Viviana Checchia, Steffan Jones-Hughes, and Ailbne Murphy, chaired by Lindsay Fryer. There were examples of artists who created spaces for communities to come together, artists enabling others’ creativity, giving people agency and creating solidarity. There were many great examples of successful projects (see the links to the projects discussed below).

The second day of the conference started with the breakout sessions. I went to one run by DaDaFest, a Liverpool based organisation that focuses on running festival and establishing new ensembles of young musician with a core aim of improving access and removing barriers for deaf and disabled participants. The work they do is led by the participants, focusing on the process and how to give the individual creative control. After the introduction we got a taster workshop, each delegate got handed an instrument (from a range of coloured tubes and bells), and for 20 minutes we jammed. The workshop felt subversive yet fun. By removing inhibitions the group dynamics changed, the conversation afterwards was open and honest. 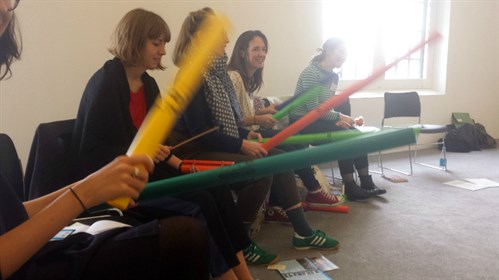 The DaDaFest session made me question myself, especially when the presenter said ‘Barriers are created by society, not by the individual’. I realise it is all too easy to blame individuals, groups, communities for not being interested in making the effort, to understand art. How often do we the, artists and curators, question our own complicity in excluding others from our projects? If you knew you are not invited, why would you bother to turn up?

Back at the campus the provocation kept coming. After a brief but powerful, almost spiritual chanting of the Freee Art Collective ‘Open Letter’ manifesto outside the venue, in which all delegates could join in the chorus, the penultimate panel began. Mike Fairclough, Willie Nelson, Lizzie Crump, and Nia Richards were chaired by Henry Ward. This discussion focused on questioning our understanding of what creativity is and its role in the school curriculum is.

The final panel asked the question ‘What sort of Artists do we want?’ With Susan Jones, Sarah Pace, Jane Nicoll, Joe Orr and Mark Smith, chaired by Sarah Fisher. This discussion focused on artists working outside the gallery exhibition world, especially those who identify as socially engaged practitioners. Sarah Fisher started by making the point that there is a relatively small pool of artists that get recognised and promoted nationally in the major institutions. Museums and galleries have particular hierarchies, and want to court the attention that comes by working with famous names. Thus posing the important question how do we validate artists’ who work outside of these systems? 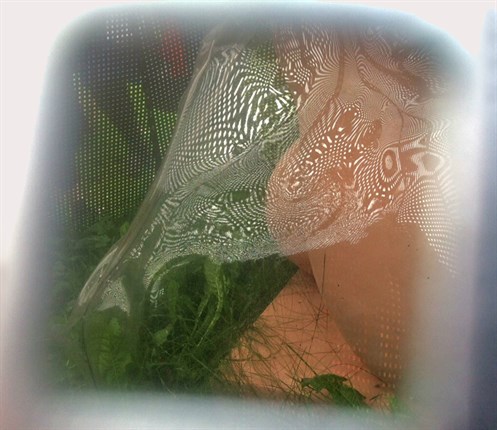 This idea of authentication is a slippery one. There is no single authority in charge of deciding what constitutes quality and the social value of art, and if it did exist it would probably outdate itself fairly quickly. However by simply recognising that such artists exist, writing about their work and paying them fairly, will enable the sector to grow and co-exist alongside the traditional art world.

By attending the engage conference I have expanded my understanding of where art and activism meet. Although no one claims that art can directly influence political change or is a replacement for activism, the examples I saw showed that art can influence and extend the discourse around politics. The most significant discussions I heard were about improving access to art, working with marginalised communities, and making work that was about issues beyond the narrow confines of the art world. Having arrived feeling tentative, I left Liverpool feeling hopeful. We may not have all the answers yet, but the people here are trying to ensure that art world is not just a playground for the privileged, and that is something worth shouting about.