Throughout 2008 and 2009 Adelaide Bannerman was one of our Open Frequency selectors. The aim of these articles and interviews was to keep in touch with new developments i contemporary art practice from across the UK, through the eyes of some of the most active curators and art professionals.

Below are links to the articles and interviews conducted by our current Artist of the Month, Adelaide Bannerman.

AB: Earlier on today with you, I began with my thoughts about artists' interactions with the cultural and built environments of housing estates, citing artists such as Stephen Willats and Renee Green. Superflex now comes to mind, Marcus Coates and even recent Artangel projects by Roger Hiorns and Catherine Yass. In light of those initiatives your project 'Neighbourhood Watching' has established a different engagement in that its activities are prompted intermittently by observations that you make as an artist and long-term resident of St Peters Estate. Earlier on today, you mentioned your feelings of mixed obligations as an artist using his environment as the starting point to make work from, and then as a responsible tenant and neighbour, involving himself in facilitating initiatives that intervene and make some form of difference to the wider community. 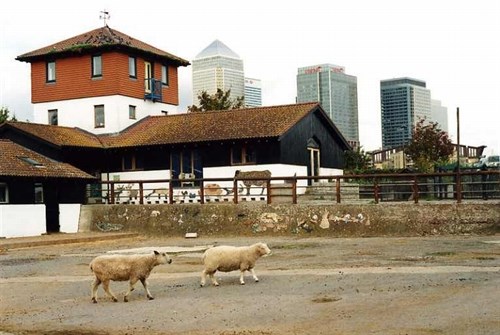 There's a resident on an estate called Thornbaugh House in Bethnal Green, East London, who one Christmas decided to adorn the tree in their front yard with empty beer cans. This festive tribute subsequently became a year-round salutation to those passing through to the high street, raising the odd smile, pointing fingers, etc. I guess one could think of this anomaly as a commentary on consumption, waste and recycling, but what I wasn't prepared for a few weeks ago, were for those cans to be replaced by fully grown green apples - looking like granny smiths to be more exact. Had the beer cans been a clever foil all along to protect this crop? Who knows… what interests me more is the endeavor; the patience and the will to nurture an apple tree in the city - an urban idyll. 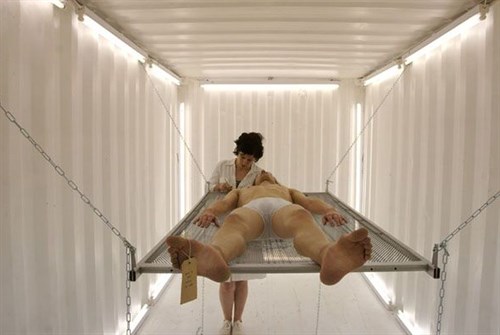 'Open Wound II' was also an investigation of interiority and surfaces; the male body revealed visually and aurally to comprehend an equitable viscerality, referencing ideas of traversing borders and containment, pleasure and pain, preconceptions and transcendence. 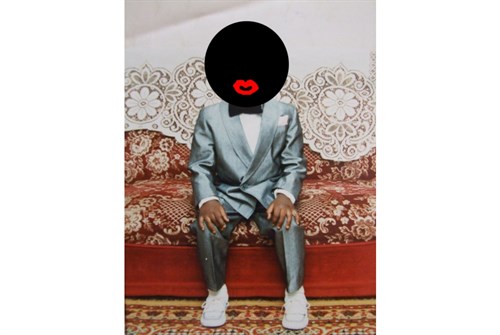 AB: What kinds of responses and discussions with young people have you had about your work, and how do those exchanges inform you as an arts practitioner as to where your work is best placed?

LA: I love the conversations that I have with the younger audience. Untapped minds usually have a way of bringing up things that one may never think of. 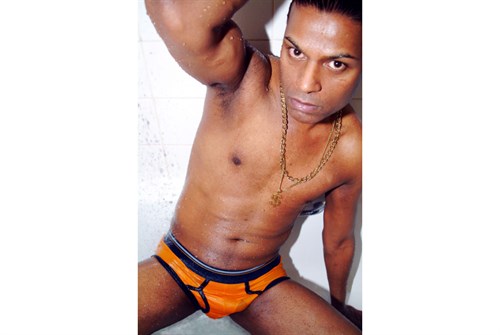 George Chakravarthi has similarly utilized this mode of inquiry and presentation to 'de' and 're' construct definitions of gender, racial identity and sexuality within his live, photographic and video performances. Sometimes he does this by hybridizing culturally-specific iconographic figures, in works such as the video installation 'Shakti' (2003) where an axial character is formed from the Hindu deity Kali and Leonardo Di Vinci's 'Mona Lisa' (1506). In 'Olympia' (2003) Chakravarthi again reprises the position of the central female figure (this time Edouard Manet's 1863 Olympia) and enacts a queer-ing[sic] of this modernist painting in video. 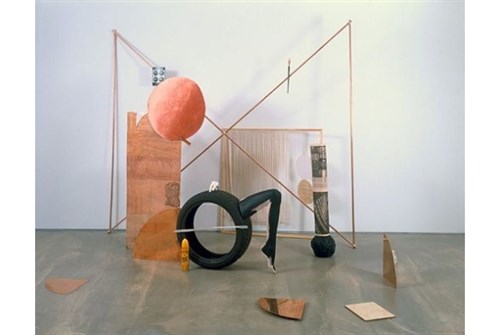 AB: So besides these props being representations of you or sculptural formations, can the spectator activate them in some way? What is the spectator enabled to do in this scenario?

AH: That's something I'm interested in getting closer to - a situation where the work can actually be touched and physically be interacted with, I guess conventional viewing usually restricts this in galleries and and so on, also because I enjoy making quite fragile things - you can't touch them, they'll break or topple over - that restraint of touch is something in the work too.

Check out the full archive of a decade of Open Frequency, published between 2004 and 2014, here>