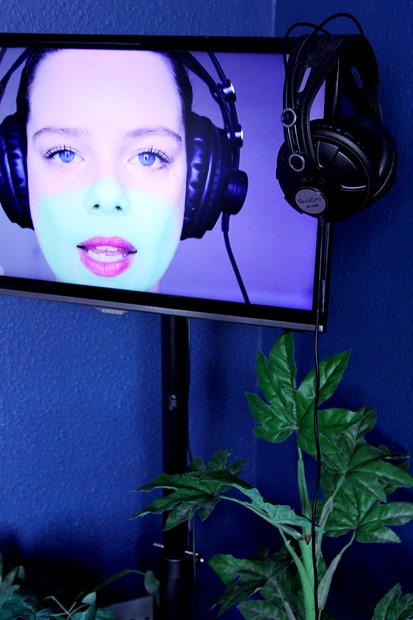 Positioning quotes from TS Eliot’s The Fire Sermon alongside recent accounts of sexual assault made against Harvey Weinstein, Conversing with Tiresias depicts the artist as a prophetic clairvoyant. Using the artist as a medium, two characters read out a script that alludes to events that have taken place in hotel room 418. The read-through delivery of the script, the visible recording equipment and unedited green screen make-up reveals the constructs pertaining to the film industry, both on and off screen.