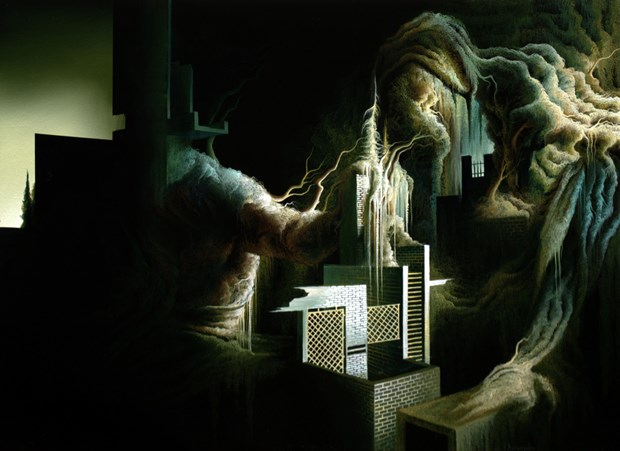 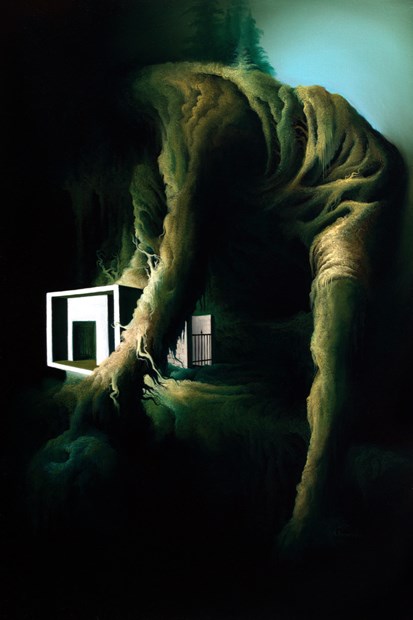 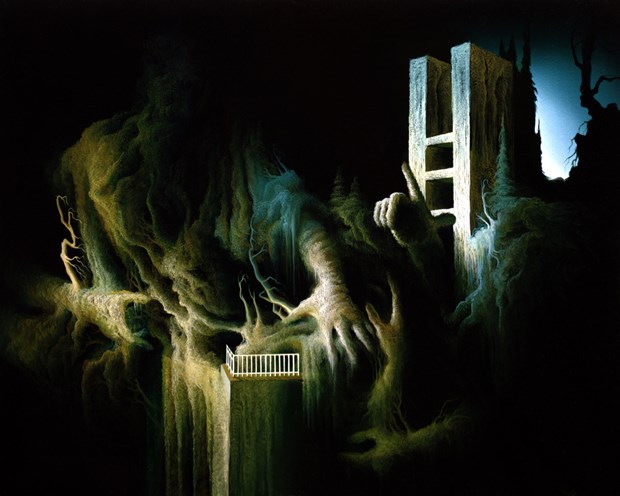 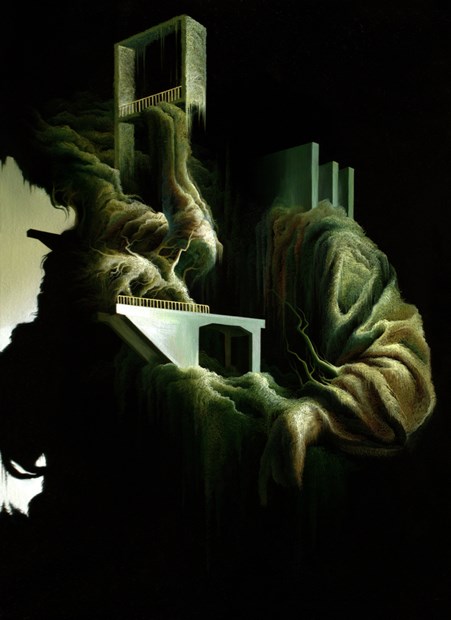 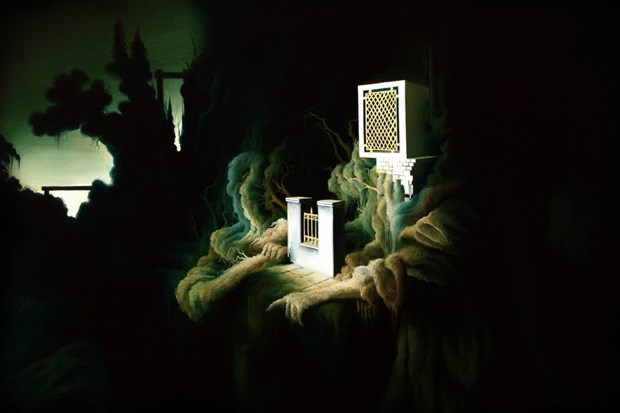 A world of oil paintings depicting uncanny private worlds, idealized images from the past and decadent earthly paradises. Where ‘place’ is usually established by the presence of humanity, these paintings are marked by human absence. Instead, these ‘resorts’ feature architectural fragments in disrepair rooted in the infinity of overgrown diachronic landscapes. This imagery of ‘non-place’ contemplate ideas of humanity, loss and time. Conceptually and literally the works are located between a vanitas concept, echoing the human effort to reason with the finitude and mortalisation of time.

A series of oil paintings depicting a set of self-invented locations and scenarios that shift the sense of scale within the traditions of landscape and still life.

Within the setting of these captured vistas I typically paint an arrangement of symbolic motifs, rendered in a way to be suggestive of neglect. These depicted scenes and objects are overgrown with moss and ivy, alluding to an overriding sense of decay that the paintings’ inhabitants desire to control and maintain. These characters are gardeners, keepers of sites, land and buildings. They are the caretakers.

The paintings express a repetition of varying hues of green, a reference to the duality between sickness and growth and how the land eventually reclaims everything that sits upon it. Objects being imbued with foliage confirm these concepts of the ongoing and endless conflict between the forces of destruction and the forces of philosophical cultivation. This force of nature against man-made structures and ideologies not only conveys a relentless struggle but also comments on the history of art and architecture being overwritten and unearthed with the passing of time.

I draw inspiration from gardens that are both real and imaginary, my references vary from the far away reality of Gilgamesh’s Garden of the Gods to the Gothic Highgate Cemetery. The paintings’ subject matter, their very conception and the marks they bear of human care and cultivation refer to how gardens stand as restorative, nourishing and necessary havens. In many ways the paintings pictorial space conveys a wide-ranging examination of how gardens evoke the human condition.

The growth of the garden camouflages the structure of the objects and subject matter within the paintings and serve as a check against the destruction and loss of history. My paintings investigate the ways in which the concept and reality of the garden has informed human thinking about mortality, order, and power."

Vasilis Avramidis was born in 1981

University of the Arts London,
Private collections in UK, USA, Greece and Japan