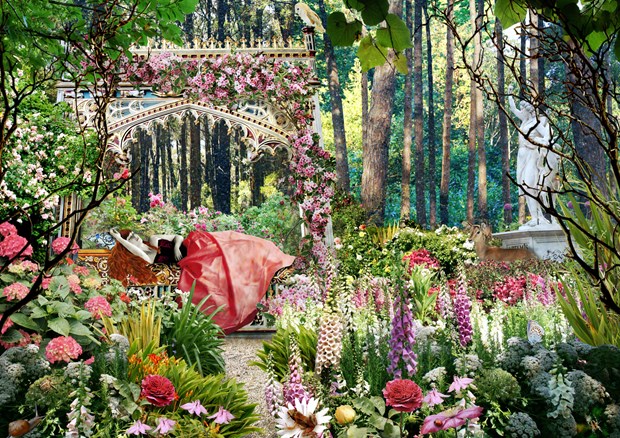 The collection derives from a study of the portrayal of women in fairytales. An Eternal Dream is based on Sleeping Beauty with the main character asleep in the Garden of Eden. Trapped is from Rapunzel symbolising the young girl as a bird trapped in a cage. Sorrow looks at The Snow Maiden with the character enclosed in a snow dome yearning to be with others. The Manacled Mannequins is from the Twelve Dancing Princesses with the daughters trapped as dolls in a never ending wheel. The Secret Ball is based on Cinderella and looks at the silly and outlandish behaviour of the upper class from the regency era.

The collection will grow over the next few years looking at Little Red Riding Hood, Snow White and Goldilocks.

The series is a limited edition of 7 and the price is for a mounted print.