Everything, All At Once, All The Time

by Townley and Bradby 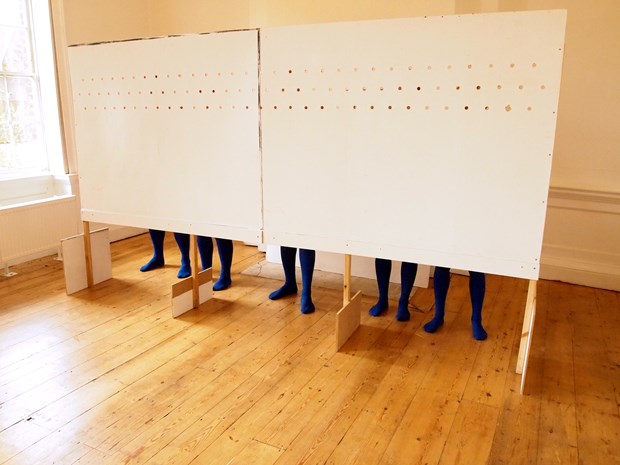 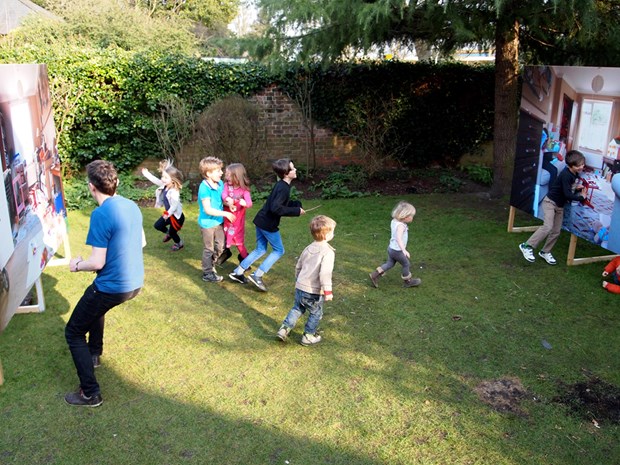 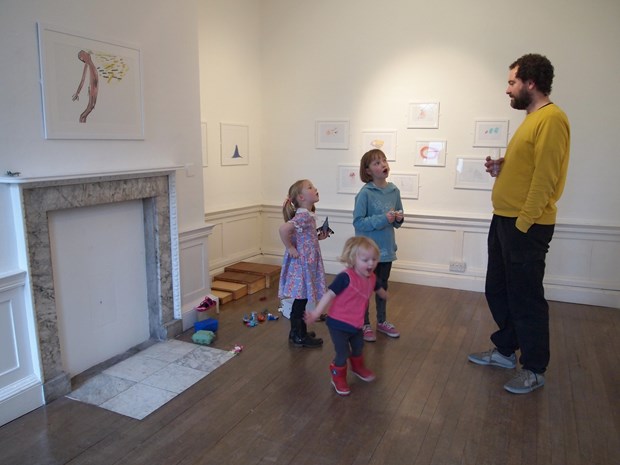 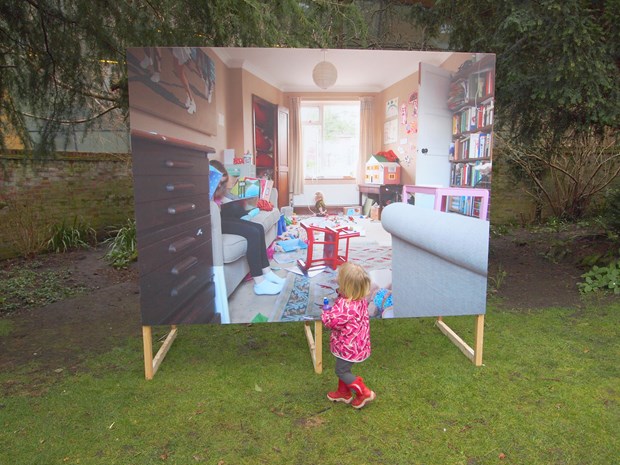 Family life is repetitive. Sustaining a domestic life means doing things over and over. Our family, two adults and three children, is by turns energetic, aggressive, tender, creative, tense, comic, tragic, verbose and joyful. We find this wide range of moods and of modes of being to be fairly typical of most families.

For several years we have been developing artistic forms that are driven by domestic repetition. We use the term ‘the exploded studio’ to describe how our collaborative practice occupies small periods of the domestic routine, sharing thinking space and living space on equal terms with cooking, washing, cleaning, parenting.

Everything, All At Once, All The Time took place at the Minories Galleries, Colchester. It was an exhibition and series of live events and was curated by Kaavous Clayton. The work explored the relationship between our desire to continue a practice as artists, and our children’s need for our attention.

In one room of the gallery we showed drawings and a film called Going To Sleep. The film was shown on a floor-level monitor inviting children to get close the screen. There were also a nested set of wooden shapes that could be moved around and used as seats, or as podiums to get a better view of the other work on display.

In the garden of the galleries was a large-scale photographic diptych. This was from a series called All Over Again (2013 - ongoing) and consisted of two photos, taken a few seconds apart, from either end of our living room. The photos (2.4m x 1.8m) were installed on wooden billboard-style hoardings. The space between the two big photos became a place to play or to run back and forth in.

On the final day of the exhibition we presented a new performance work. Five performers - Isabella Martin, James Wilkes, Rebecca Hall, Steven J Fowler, Vicki Weitz - used our script to re-create some of the textures, tropes, conflicts and verbal inventions drawn from our family meal times. A kind of Bob Cobbing poem with added cutlery. The performers stood behind a screen and wore blue socks.

Everything, All At Once, All The Time was supported by a Grants for the Arts award from Arts Council England.