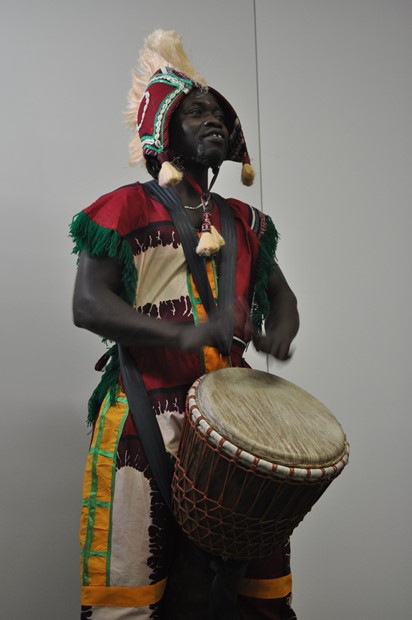 A full-size single-screen video installation depicting Spearman a West African musician, who left his home village of Kartong, The Gambia, to embark on a dangerous migration over land and sea heading for Europe, in the hope of a better life.

The site specific work by artists Tony Spencer and Kye Wilson, was premiered at the Kartong International Festival on 11 February 2017, together with a live performance by Spearman's former traditional West African arts troupe Kouma Kan Africa. Spearman was premiered in England inside a 20ft shipping container as part of the Journeys Festival International, Portsmouth.

Through the project Spencer, a founding member of Kouma Kan Africa, aimed to explore themes of kinship, existentialism, African culture, identity and integration.