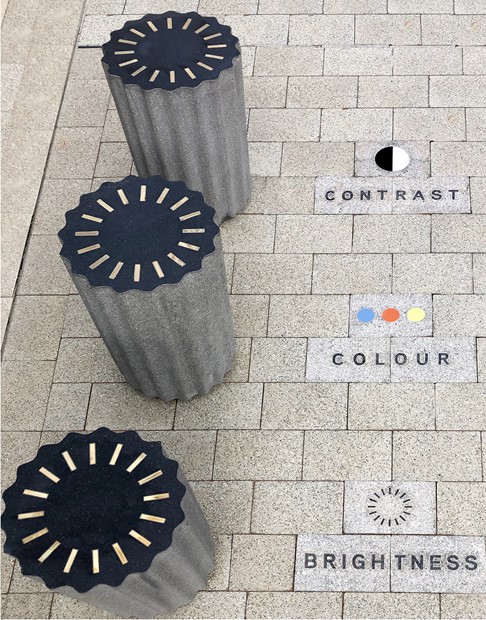 As part of the Iron Works housing development Public Art Scheme, Mill Road, in Cambridge, Tom has been investigating residential, commercial and industrial switches as part of his research into the former and present communities and occupations in Petersfield.
Initially inspired by the objects on display at the Cambridge Museum of Technology, from steam levers to electrical engineering to the switch that turns on our kettle! This ubiquitous, yet often overlooked, everyday item conveys much about the people who used the items and the period in which it was created.

Pictured here:
A series of paving and three stools celebrating the Cambridge designed PYE TELEVISION 1937 - A 5- inch Pye television receiver was priced at 21 guineas and within two years the company had sold 2000 sets at an average price of £34. 1949 Pye claimed to be ‘The largest TV manufacturer in Britain’.