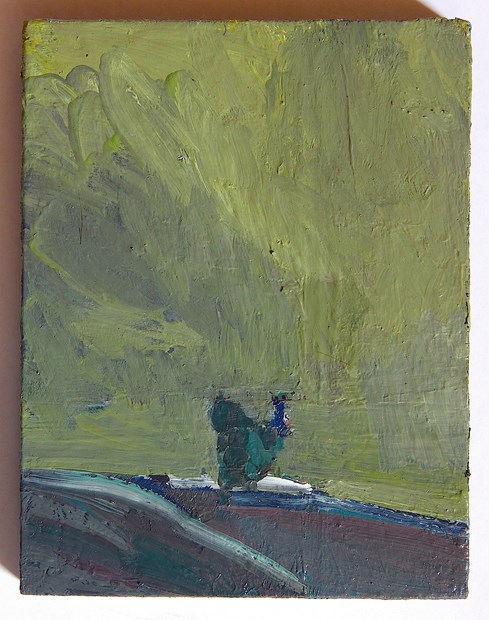 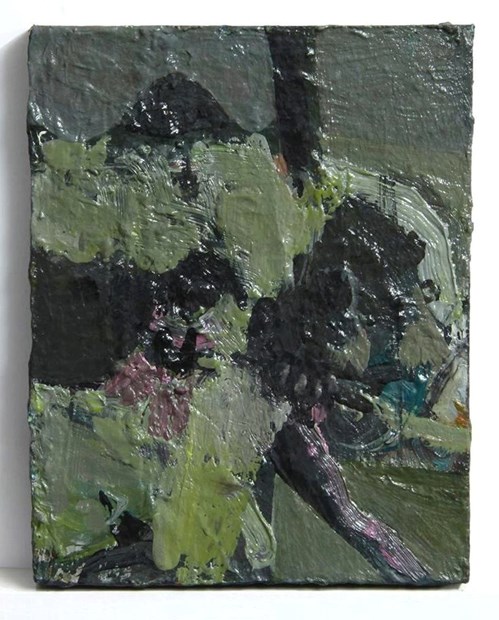 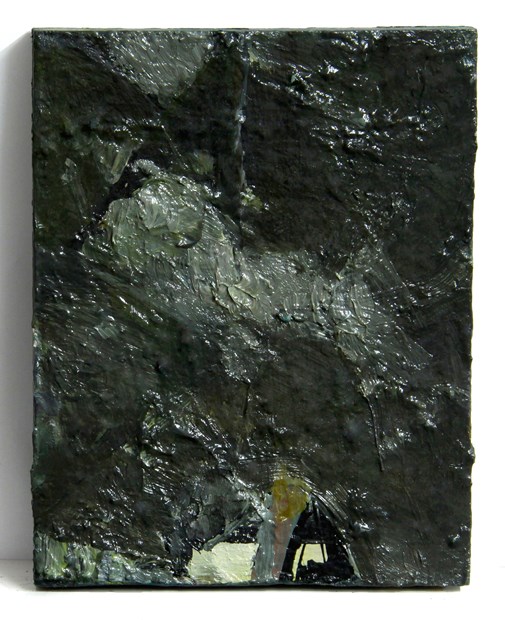 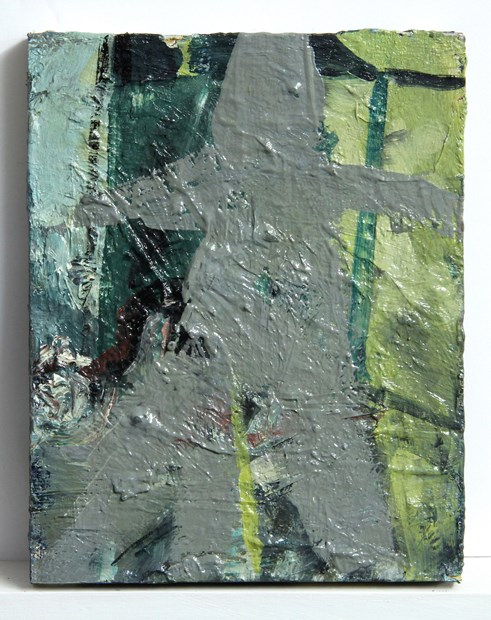 A painting is immobilised time, with the stillness of the object of painting serving to disguise the temporal nature of the processes by which a work is constructed. Yet a painting’s surface is built incrementally, and in its stillness offers clues to what it has been—perhaps the only clues to what, in essence, it is.

My painting draws from the tradition of English and northern European landscape painting. Working mostly in oils on a small scale, my work explores the boundaries between abstraction and figuration, combining an interest in the iconography of the everyday and the Romantic with a concern for the materiality of paint and the passing of time.

This concern for materiality stems from an earlier perception of paintings as objects oscillating between the viewer’s space and the psychological space opened up by imagery and pictorial inquiry.

The processes of involuntary memory act as a starting point for a prolonged game of assertion and negation, statement and modification. Images come, go and transform, layers of paint obscuring and revealing what has been in an attempt to arrive at a position between object and image.

I don’t believe in representation...or at least in my ability to hide the processes of painting behind pre-determined images in which I have little faith. Yet nor is my love of paint such that it feels sufficient to push it around unhindered by the desire to fashion it into a form of image.

For the past eight years I have worked on blocks of hardwood, mostly oak and poplar. The resistance of the material, its texture, grain and edges reaffirm the object of painting. However seductive the image, the painting is never wholly elsewhere.

2003
Shortlist. The Vickers Award. The University of Derby, Derby.

2012
Tom Palin: Against the Grain. According to McGee, York.

2005
Between Then and Now. Dean Clough, Halifax.

2004
A Room with a View. The Atkinson Gallery, Southport.