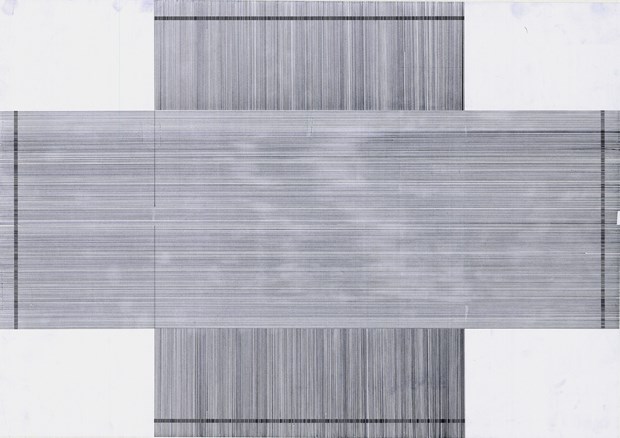 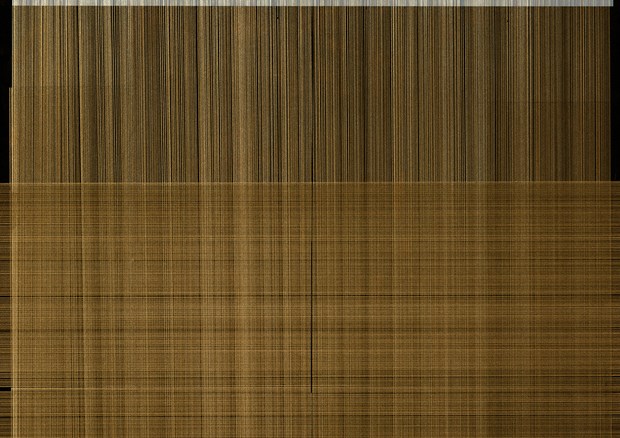 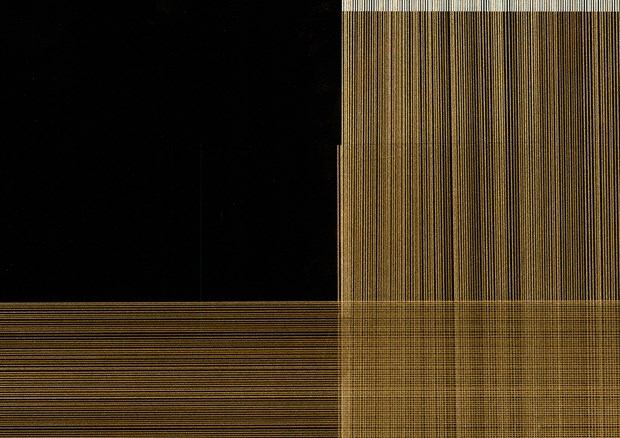 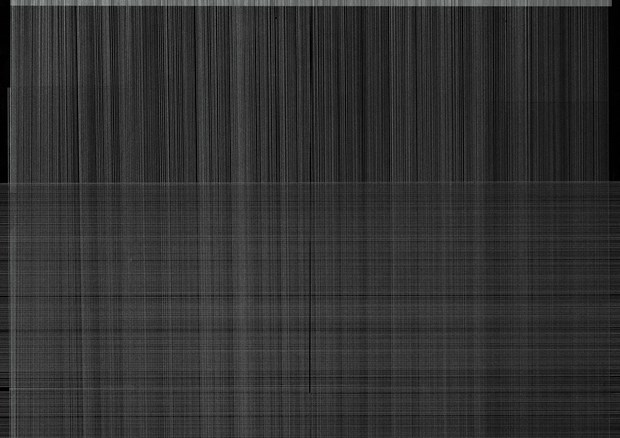 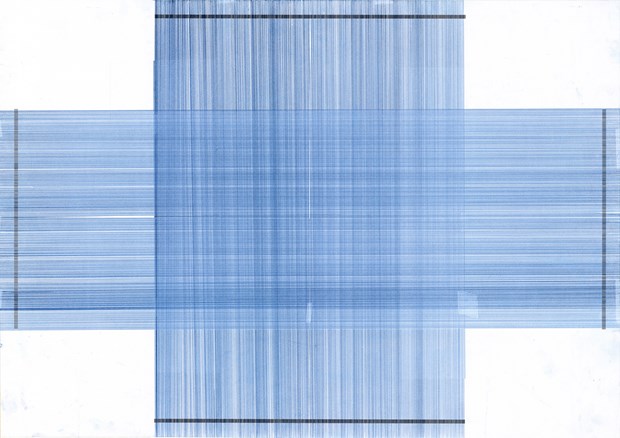 An exercise in duration, fatigue, correctness and failure.

Each Jigged drawing comprises one master, and one automatic carbon copy. This is an on-going series begun in 2014 that explore drawing as work, craft, repetition, skill and performance.

Jigged drawings developed from an interest in the history of the West Yorkshire Luddite riots (1811 – 1816) that were led by the croppers (woollen cloth finishers). I used drawing as a device to create an artwork that referenced but did not imitate the corporal presence of the cropper in the production of the finished cloth. The heavy iron shears that the croppers used to cut the cloth were held in one hand (sometimes attached to the waist for support). The size of the shears, the width of the cloth (bolt) and the extent of the throw of the shuttle upon the loom are all determined by the throw of the arm and the hand.

Each master drawing and its accompanying carbon copy was made in one sitting (standing) of approximately four hours, using an A1 sheet of white plain paper with pre-printed guides, carbon paper and a newsprint A1 sheet to receive the carbon copy. As well as a pencil, a pencil sharpener and pre-printed guide marks my main tool - or jig - was a metal straight edge.

The cropper worked free handed with his shears, whereas I used basic tools to draw my pencil lines, adapting what David Pye in ‘The Nature and Art of Workmanship’ (1968) describes as the ‘workmanship of certainty’.

The metre-long metal straight edge was used with the intention to ensure that the many lines that made up the drawing were drawn straight. But as Tim Ingold notes in ‘Lines: A brief history’ (2007), the workmanship of certainty where ‘things go straight to the point’ is ‘never that simple’. He describes how ‘no line that is ever drawn – even with a ruler – can be perfectly straight. An element of risk is always involved. For one thing, there is the constant danger that the ruler will slip. For another, the precise distance of the line from the edge of the rule will depend on the angle at which the pen is held, which is inclined to vary in following through the manual gesture.’

The production of the drawing was governed by rules that I could not meet. I devised an activity that pitched the production of the drawing against factors including tiredness, concentration, measurement and correctness. The resulting drawing has the appearance of cloth and represents weaving and not weaving. The drawing has the appearance of plain weave, but the drawn lines are not interlaced because the warp and weft is only superimposed.

The drawing is of itself. It does not attempt to describe the visual world or support another visual outcome. The drawing acts a thinking tool. An act of endurance were workmanship - whether skilled or shoddy - allows cognition, transformation, empathy and manifestation.