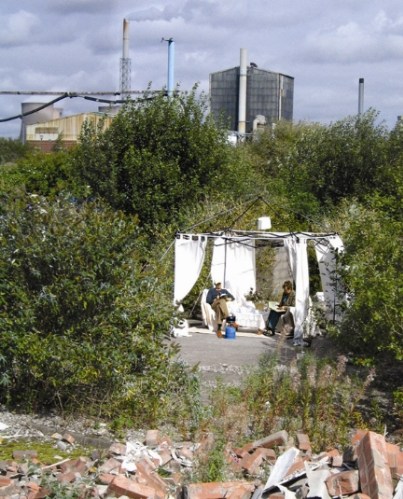 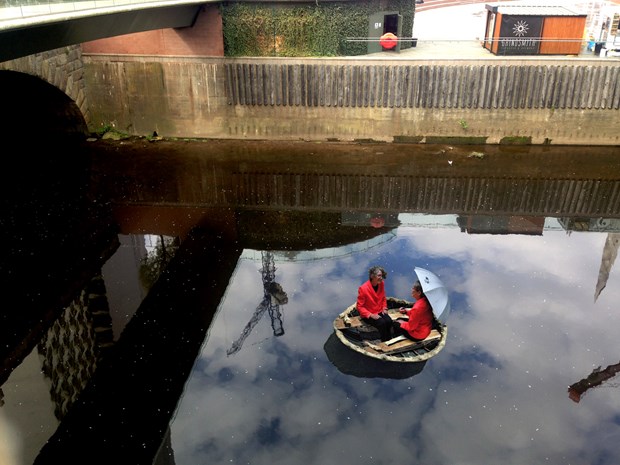 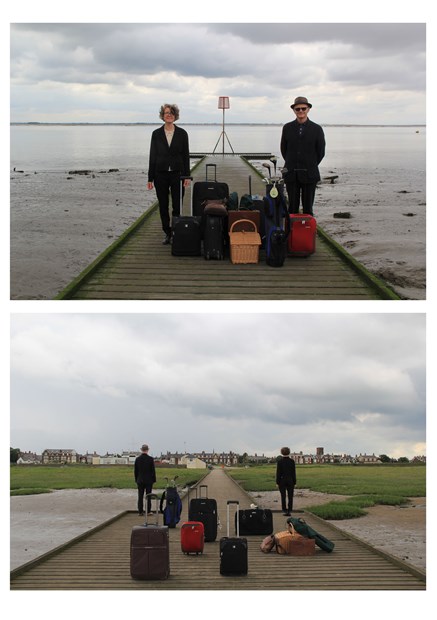 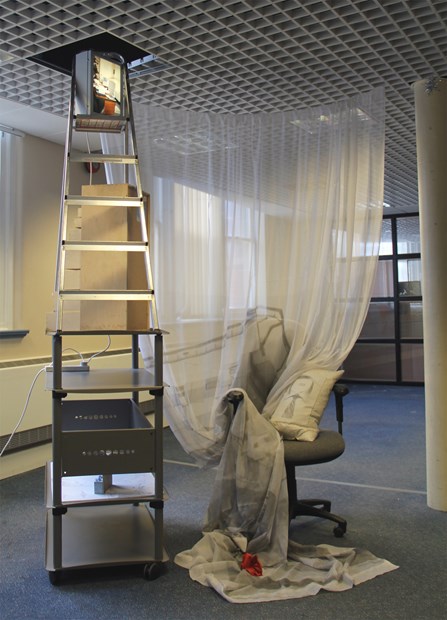 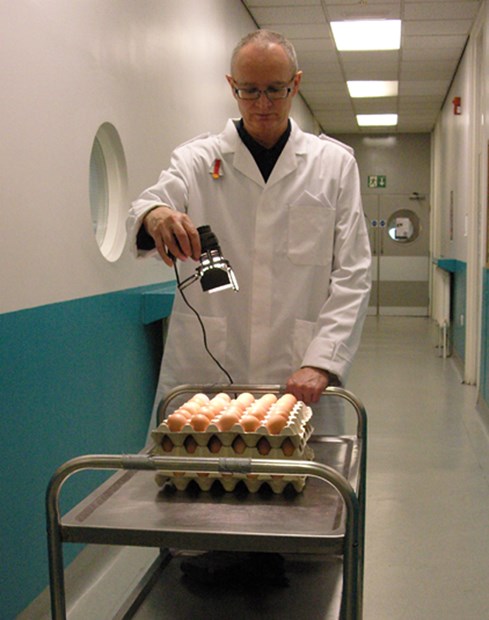 Including, but also going beyond obvious references of architecture and social history, we delve into the substrata, the hidden lives, of particular places and how and where they might be represented.

These new versions critique accepted representations and offer alternative, often witty, navigations of urban space. For example, Spinning a Yarn commissioned by The Whitworth, used performance to juxtapose the layered identities of buildings associated with cotton (e.g. mill / homes, stately home / costume gallery). Recordings of these playful incidents were incorporated into a 6 metre high projection of fabrics from the Whitworth’s collection. In Boat Trip: Nothing but Flowers, commissioned by The Lowry, we took members of the public on boat trips on the Manchester Ship Canal. The view out of the window was interrupted by recordings of strange incidents which had taken place on the bank and accompanied, of course, by a live commentary.

Sometimes our explorations involve working with people from the area, other professionals and other arts practitioners. As part of the regeneration programme of Widnes Waterfront, in Brown Fields, Blue Skies, we set up ‘hides’ on the wasteland left by the chemical industry and invited experts and passers by to take tea with us and exchange ideas about the place.

We are interested in the idea of representing one place in another. In Looking Both Ways commissioned by Tate Liverpool we built an evolving installation which reflected on the nearby iconic Liver Building which is also a work place for many people.

In our very first project together, Homeworks, we initiated a residency in a run down terraced house where we constructed installations in the rooms. In a recent video project Visible Cities, two women in tailored HiVis jackets set about investigating an area around the Manchester / Salford border.

2009     Back and Forth on Bluetown High Street. Living and Working on Sheppey. Video

Jon Biddulph worked with Tea until 2003

2003-4  Boat Trip Nothing But Flowers live bost trips and publication commissioned by The Lowry.

2003     What is this Place? Paper in Journal of Visual Art Practice

2000     Builders and Dreamers National Museum of Labour History and touring

1998/9  By The Way artranspennine98 video installation and publication

1988     If Only Walls Could Speak Wythenshawe Hall, Manchester. Installation