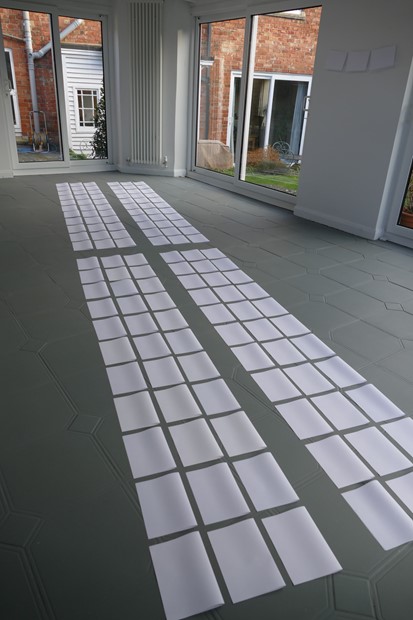 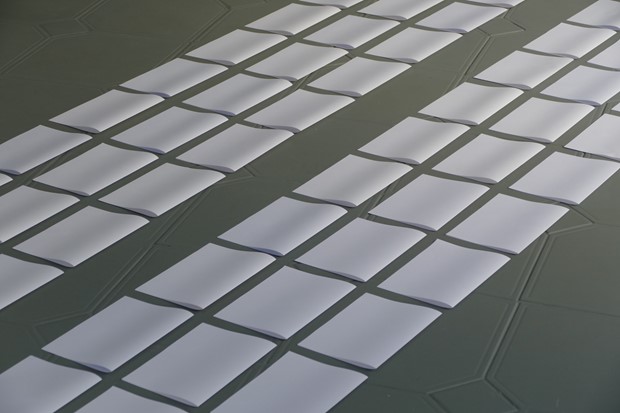 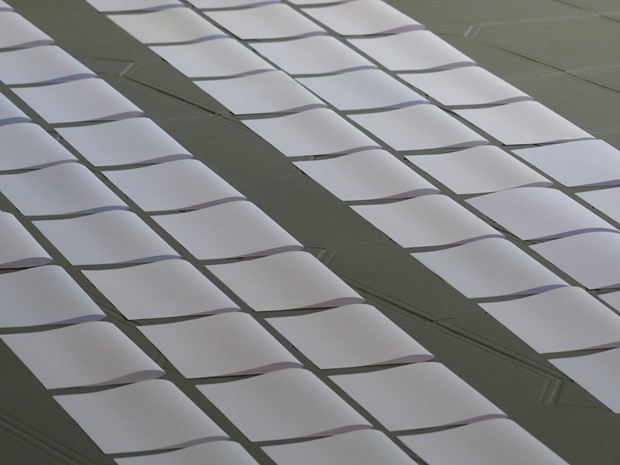 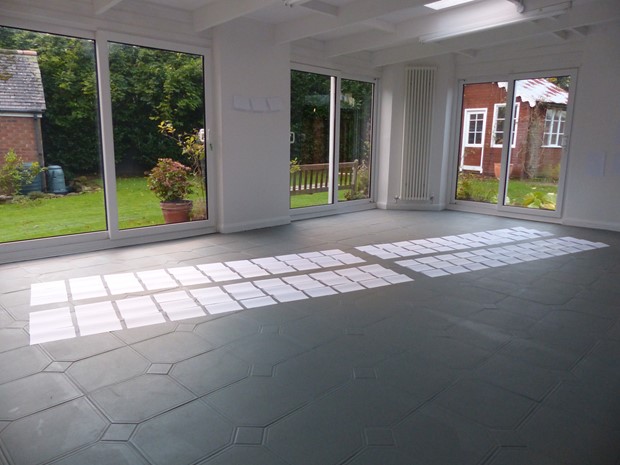 Folded paper series 1. I was intrigued by the curve formed by the folding and opening of the paper and also thinking of 'flap or flaps' both in terms of the folded paper flap and also of the flaps on aircraft. From the one side the flaps appear open and from the other shut referring to the function of the fold. Unexpectedly the whole reading is that of sunlight patches from a large window, perhaps a church or cathedral, a quiet sunny moment, peaceful. The flap itself can also been understood as a kind of window, opening and closing. The work also forms a strong relationship with the studio windows and the windows beyond, emphasizing and giving meaning to the reading of sunlight patches.