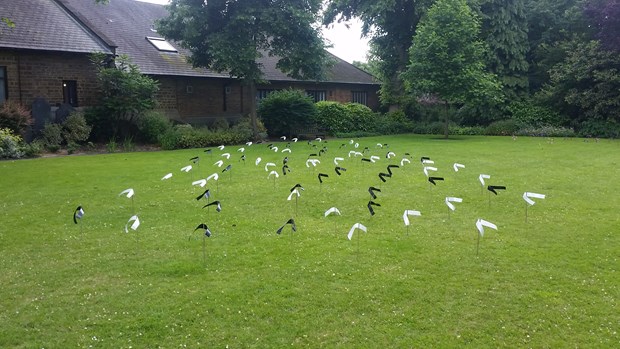 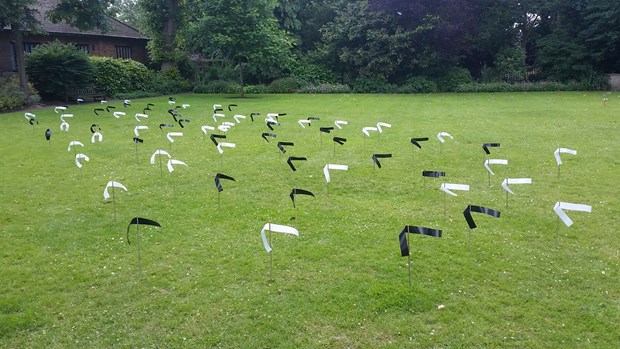 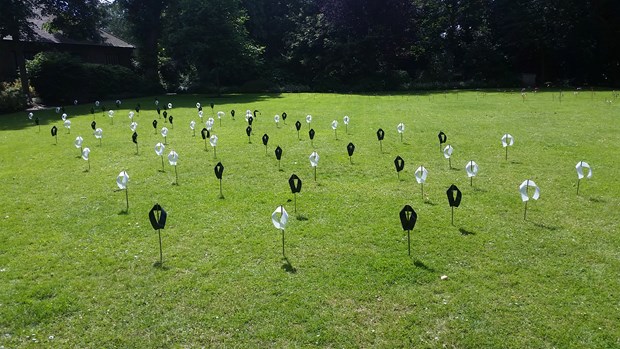 Wind installation for Kettfest 2016, in the Garden of Rest, Kettering, Northants, UK. Ribbons are held in canes anchored in the ground. The ribbons were lifted by the wind and appeared animated, alive. The shapes formed called to mind heads, skulls, vultures, collars and dressmakers dummies, hoods, helmets, Star Wars, cartoons, semaphore, pointing, directions, mouths, chopping up and down, shouting, guitar strumming, with the forms being still, almost menacing then with movement, frenzied, impassioned. The ribbon became multi functional, a fabric, a drawing, a mouth, an action, a conductor of energy, in effect the ribbon tied the concepts together. The action of the ribbons was also visually noisy adding to the guitar strumming 'rock concert' effect, this then making the stillness silent, almost tangible. Music leaking from the adjoining community hall unexpectedly provides the soundtrack for the video.