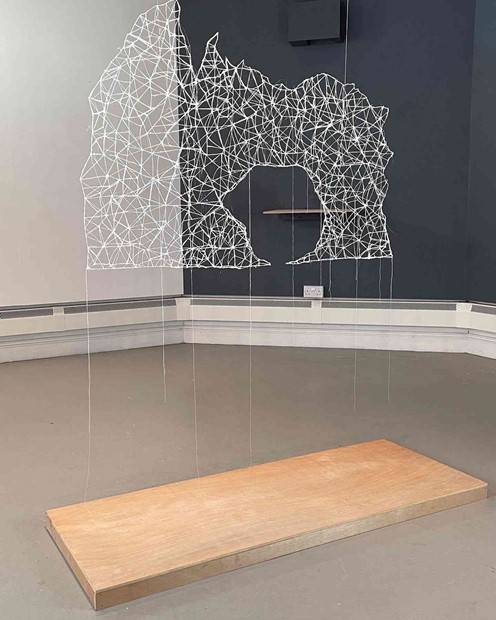 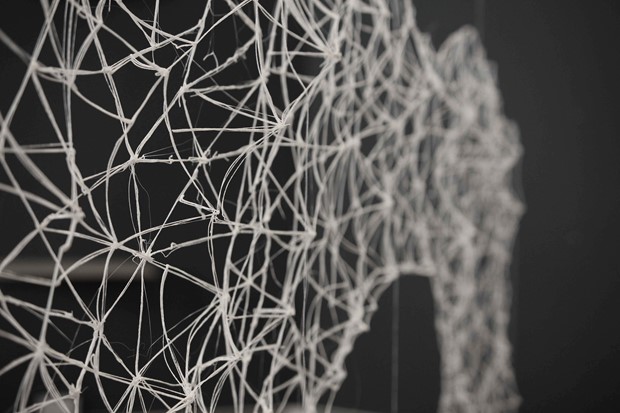 'Nothing is nothing' was a phrase passed on to me by a favourite theologian referencing the great anthropologist, Emile Durkheim, in other words, there is nothing that is nothing, even nothing is something.

I am interested in the lived environment and how it is shot through continually with a stream of random online imagery, displaced from its original context, merging with the mundane and the everyday to create a hybrid reality. The three dimensional work here was inspired by a youtube video clip of an iceberg collapsing. A startling site, yet repeated again and again it is ultimately cut free from its moorings, the resulting ephemeral artwork, suspended quietly in space, becomes a mere ghost of the original.