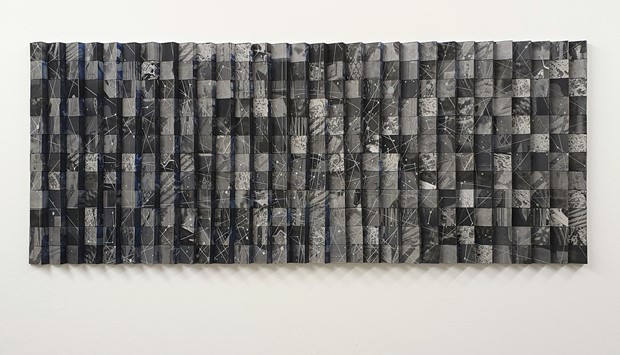 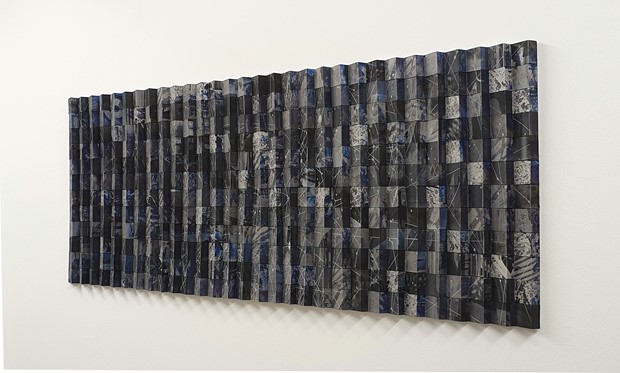 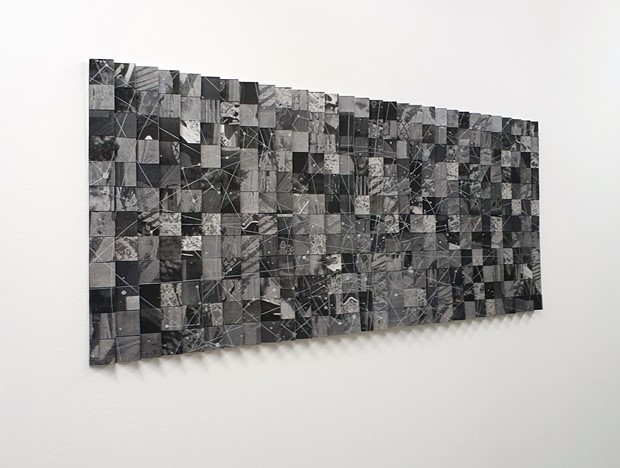 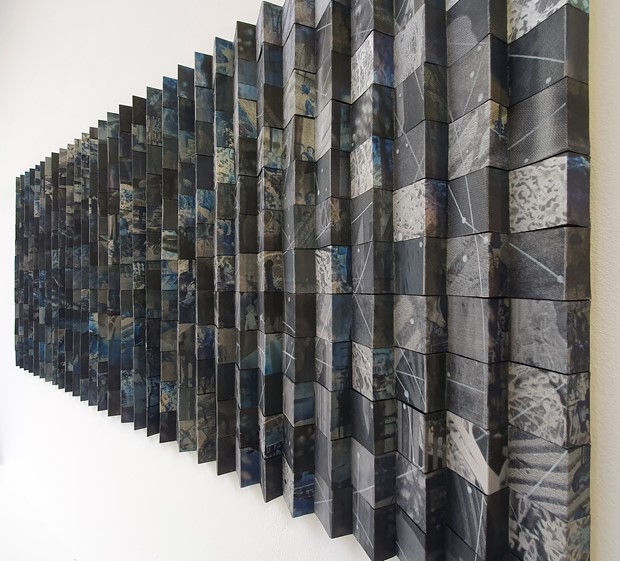 Screenprint, dye sublimation print on polyester with chinagraph pencil mounted on paper.
Thinking about time spent here on Earth and trying to relate that to the vastness of the cosmos.
The electromagnetic waves of radio and television signals can pierce the ionosphere and travel through space at the speed of light. HD 70642 is a star similar to our sun with a large companion planet that orbits in a circular motion very similar to how the planets orbit here in our solar system. This means it is possible there maybe Earth-type planets orbiting further in. This star is in the constellation of Puppis about 90 light years away. Early signals from Earth will just be reaching this distant solar system with a potential Earth like planet.
The time it has taken the signals to reach this home from home is roughly the same as my Mother’s lifetime on Earth. 92 years measured in light.
Early TV signals were transmitted in a series of 30 lines to complete one image called a raster pattern. It is a systematic process of covering an area progressively, similar to how one’s gaze travels when reading lines of text. The signal is sent in fragments and must be interpreted on arrival to make sense of the message.
The folded sections in this work emulate the raster pattern and are made from a combination of screen print on textile, dye sublimation print using images from the 1930’s and chinagraph pencil marking out the star chart – a bit like a lenticular image – you see the stars from one side and the fragmented signal from the other.