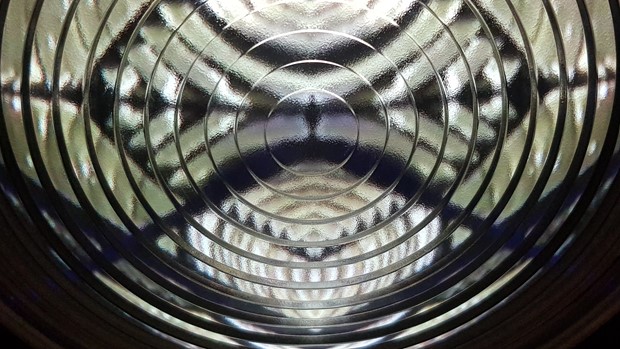 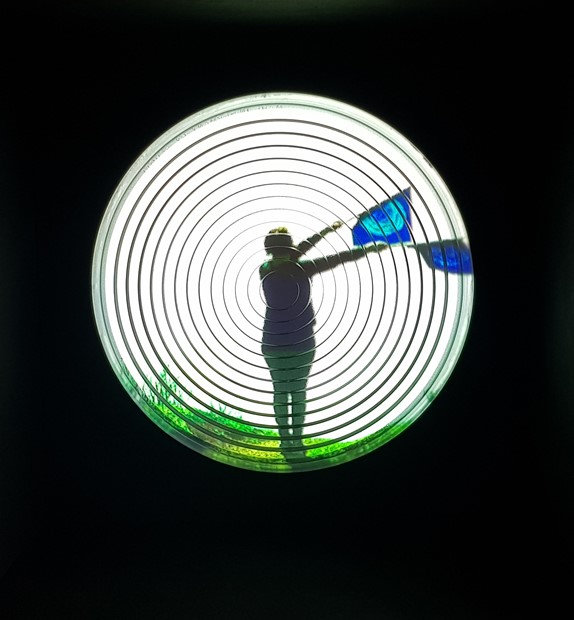 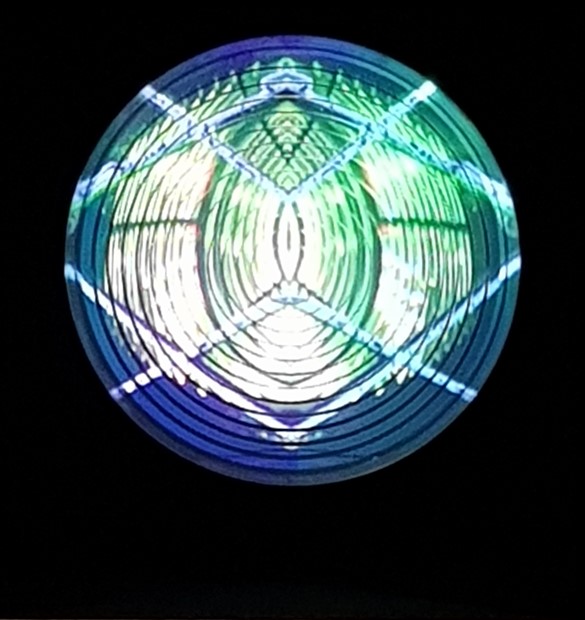 Video installation. Video 4.50m, Fresnel lens, wood, trestle. Solitary figures using semaphore flags sign ‘We Are One’ out across the ocean; filmed on 29th March 2019 (the first date the UK was supposed to leave the EU). As in entanglement theory where two paired electrons mirror each other at a distance it is hoped the message will be echoed back. The work looks at methods of communication across space including radio waves and the analogue message system of semaphore, used to send information over distance. It relates this to the mysterious twinning of electrons in quantum entanglement where particles link in a way that they instantly affect each other, even over vast distances, and which Einstein famously called ‘spooky action at a distance’. The resulting video is back projected onto a Fresnel lens, the type found in lighthouses to increase luminosity of the lamps beam, another form of messaging over distance.