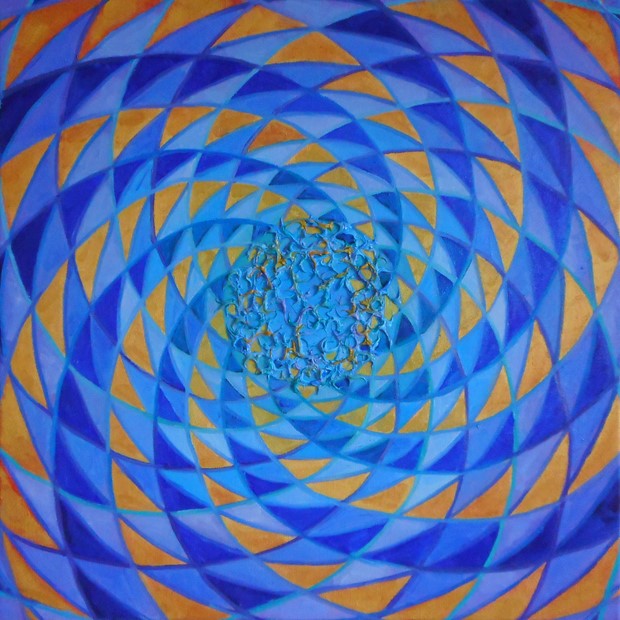 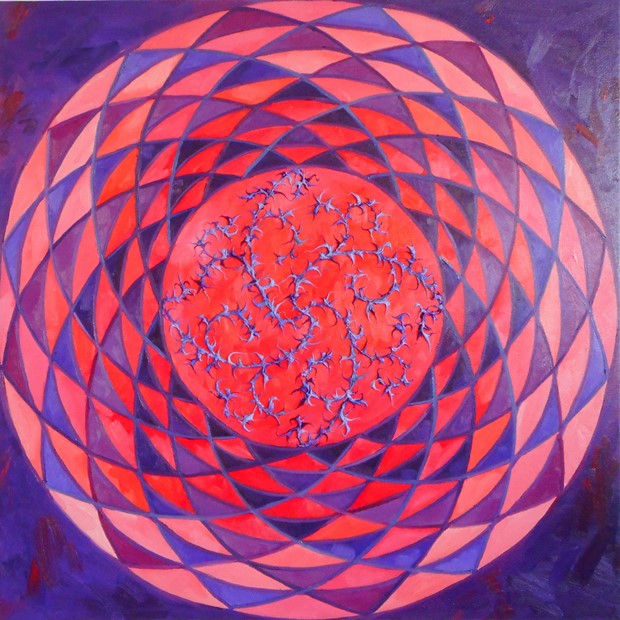 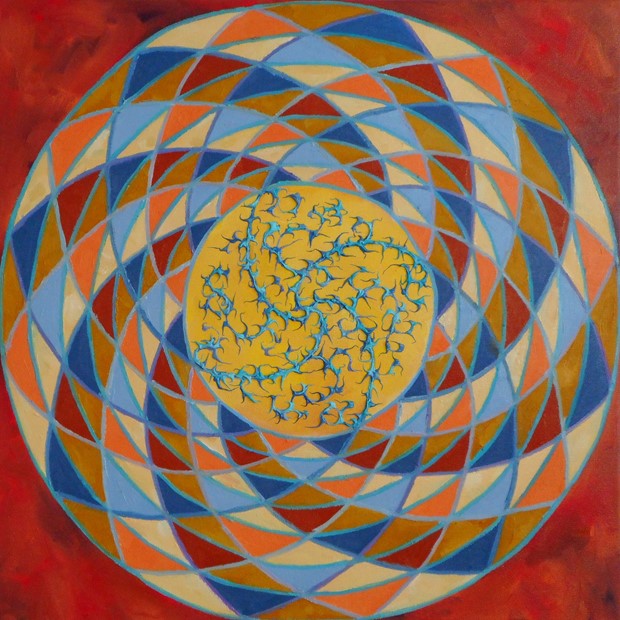 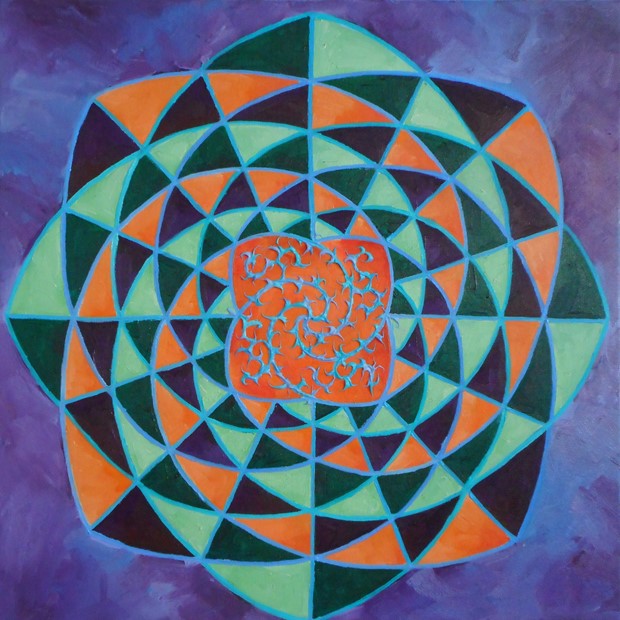 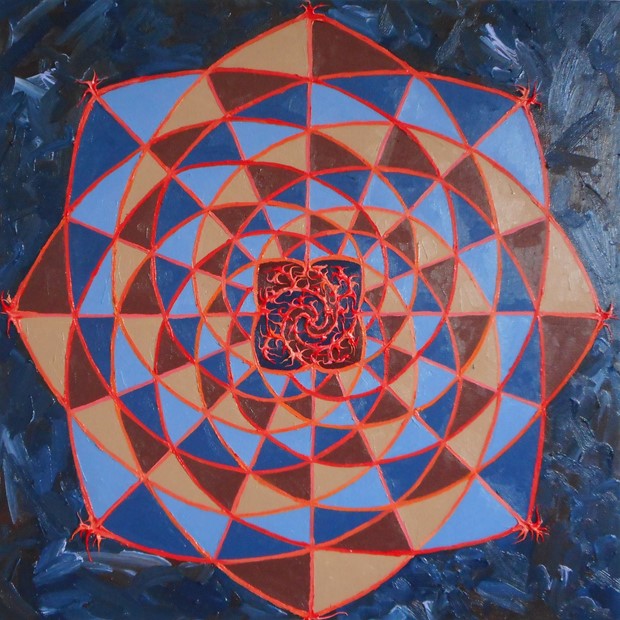 2020 – Dealing with both isolation and loss or postponement of a Solo Show due to Covid19, I am working on a new painting series “Gadfly”. The paintings steal from Gorgoneion mosaics that were intended to challenge the Evil Eye and so allude to a threshold, a liminal space, an apotropaic sign, and are intentionally dizzying or confusing.

In reference to ancient influences the underlying geometry is essentially done by hand and eye - no computer programme or robot involved.

In parts they recall the development and aesthetic of damage and degradation.

Possibly the paintings confuse the logical brain in order to access the subconscious and the viewers own interpretations.

In 2018 paintings branched off to depict a faded, reconstructed and revised visual reality suggested by artefacts in Heraklion Archaeological Museum and a long fascination with the Minoan Myths. Fundamental elements are based on the approximated proportions of doorways and columns of Knossos and others were lovingly pilfered from Minoan artefacts of indiscriminate dates BCE. In 2019 a visit to the Greek mainland brought further influences into the mix.

The Evidence and the Realities series are extensions of the Mysteries series of paintings and both follow visits to the archaeological sites around the Bay of Naples and a startling and stimulating encounter with Roman Painting in situ.

Notes on previous series : Whilst retaining some themes and motifs of familiar myths I detach elements from some unsavory narratives used in the history of art and rework them as abstracted alternatives. I am fascinated by the way that historical figurative painting makes visible the invisible and happily depicts the impossible, so I play with these ideas in the language of abstraction to side step unwelcome meanings. Thus Cupid is a just suggestion of wings and Perseus is implied by his Helmet of Invisibility. With Perseus and Andromeda there is something of the sea and surf and fear in the painting while avoiding the usual salacious element of the subject. The paintings seem to emphasize form and visual language and a systematic painting process but they allude to familiar mythical themes and I hope that new meanings will occur. The very surfaces are ambiguous and the colours apparently unstable so It is intended that the images should be visually capricious and entice re-interpretation by the viewer. The paintings also celebrate the painting process in an age of newer technological image making; The paint is mixed with oil to facilitate a wet-in-wet process resulting in some very rich textures created by tricky paint manipulation. Thus the canvases acknowledge being hand-made objects and change in different viewing conditions. This new work shows a development of these processes enabled by smaller canvases and less systemic rigour in production which is leading to a free flow of new ideas and discoveries.

2003 - Divertimenta, The Ropewalk, Barton on Humber