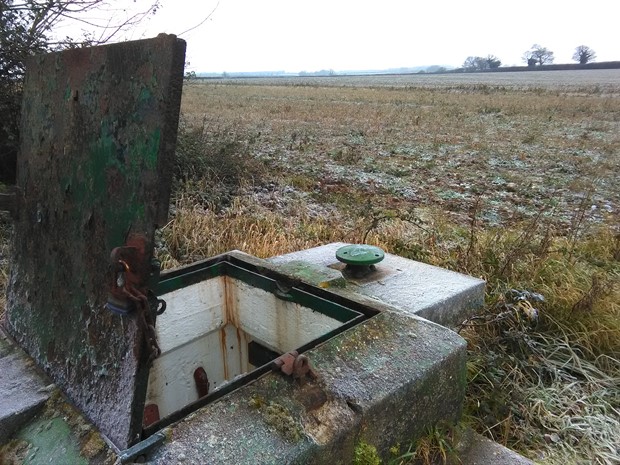 Louise K Wilson meets fellow artists who, like her, make work inspired by the Cold War.

Whether it's childhood memories, the background hum of the threat of nuclear armageddon, or the futuristic architecture, many artists are creatively stimulated by the imagined possibilities of a war which never turned hot.

On a freezing winter morning, we meet artist Stephen Felmingham at the South Creake, Royal Observer Corps post, near Bloodgate Hill in Norfolk. He has been fascinated by the Cold War since he was a child, and remembers the presence of the American airbase near his home. This dank, underground shelter is the first ROC post Stephen became aware of - it overlooks his former primary school - and it began a six year practice of him visiting the national network of tiny, monitoring posts where he draws using his peripheral vision.