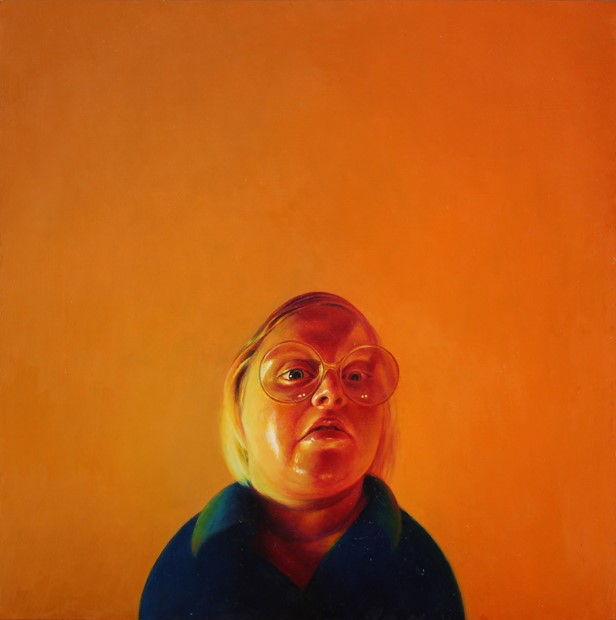 This painting was part of a series which I later described as "non-portrait heads". It was created immediately after graduating when I had a studio in a semi-derelict building in Sunderland. With this piece I won First Prize in The Durham Open Art Exhibition. The judges commented that this painting was chosen for its boldness, orginality and striking image and that the power of the painting was so strong that if you took everything else off the wall it would carry the room on its own.