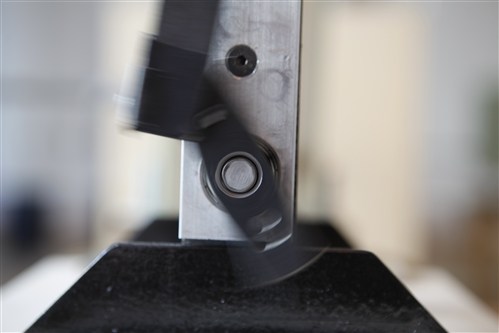 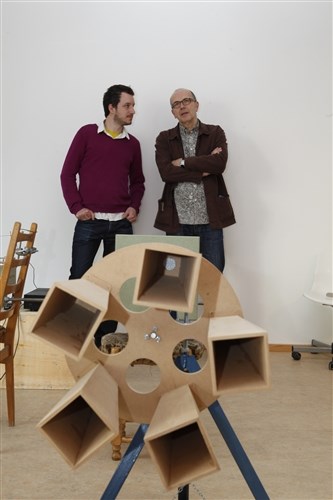 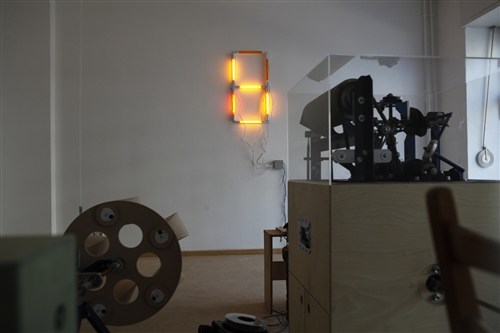 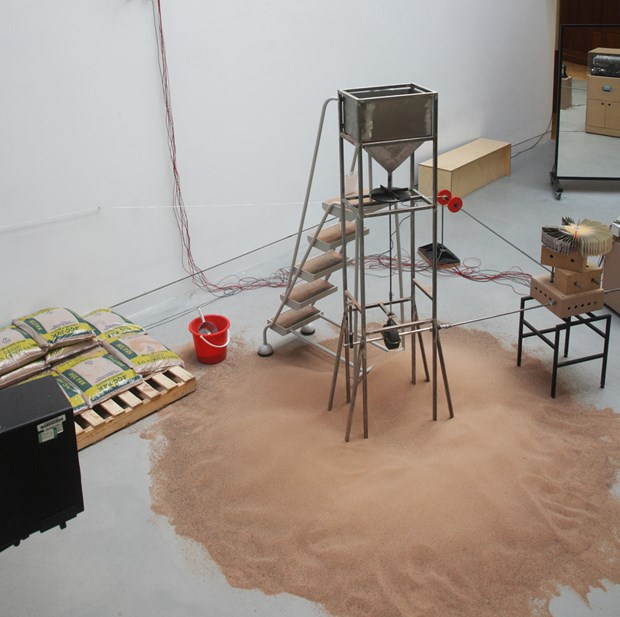 The Reversing Machine was an exhibition designed by artists Simon Lewandowski and Sam Belinfante. It was originally commissioned in 2012 by Art Laboratory Berlin as part of their Time and Technology series. For their contribution to A New Reality at the Tetley, Belinfante and Lewandowski reconstruct their collective work, incorporating fresh elements in response to the singular space of the new venue. They have also developed individual works of their own which reflect on their collaboration and on the concerns that generated The Reversing Machine.

The Reversing Machine* itself is a self-reversing mechanical power source. As the machine is powered any objects attached turn at a steady rate for a set time then stop and quickly start to turn in the opposite direction for the same amount of time - a mechanical palindrome. This sequence is controlled by the mechanics of the device and is transparent to the viewer, showing its own workings.

A repertoire of devices driven by The Reversing Machine act out ways in which we are able to perceive the flow and passage of time through the action of things and forces in the world. Devices choreographed by the machine included adapted record players, household light fittings, slide projectors and a variety of sculptural automata.

Central to the installation is a pair of turntables driven by the Machine with a shelf of vinyl records from which visitors can select a disc to play on the turntables. This is the ‘Palindrone Jukebox’. The records are compositions selected from an open submission.