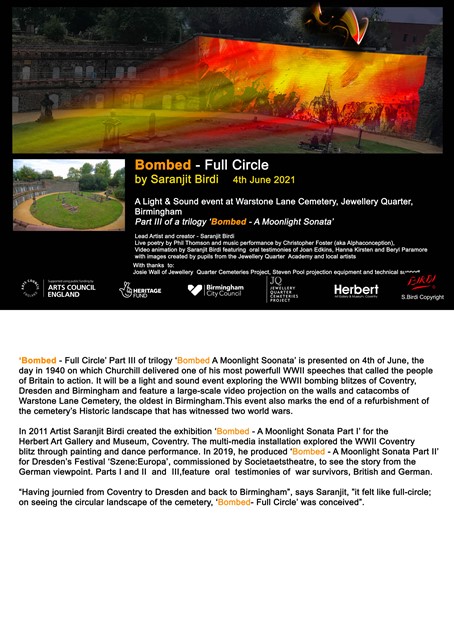 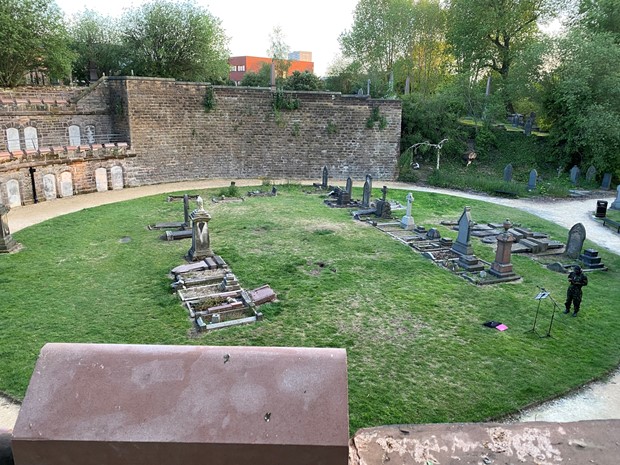 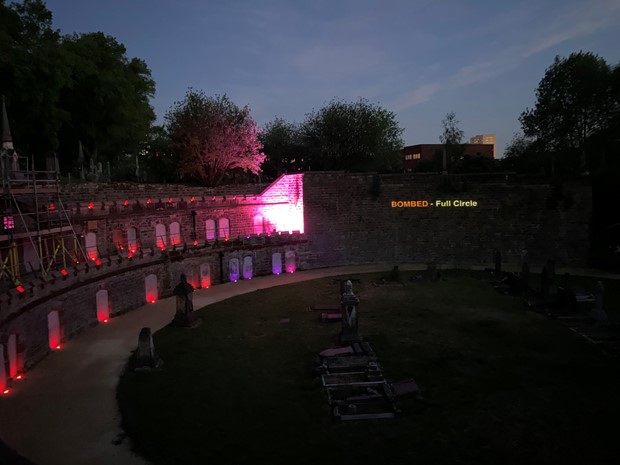 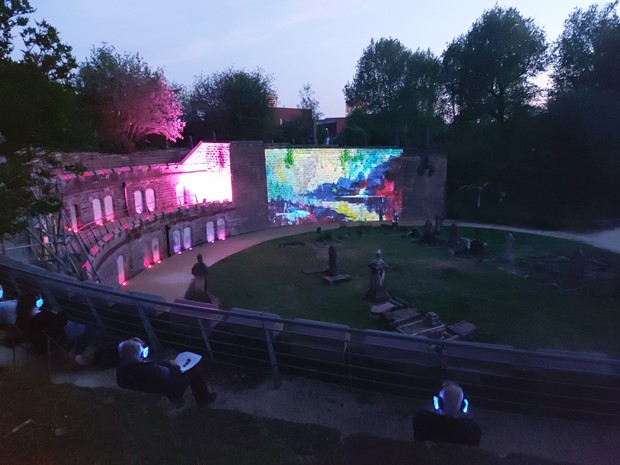 ‘Bombed - Full Circle’, is Part III of trilogy ‘Bombed A Moonlight Sonata’,. It was a light and sound event exploring the WWII bombing blitzes of Coventry, Dresden and Birmingham. It featured a large-scale video projection on the wall of Warstone Lane Cemetery, the oldest in Birmingham. This event also marked the end of a two-year refurbishment of the cemetery’s Historic landscape that has witnessed two world wars.

The event took place on 4th June 2021 on the anniversary date of Winston Churchill's famous speech of 1940 ' We will fight them on the beaches'.

I produced two animations - 'Blitz' and 'Bombed - Full circle' and poem 'From Womb to Catacomb'.
The event had live performances from poet Phil Thomson, Rap artist Christopher Foster AKA Alpha Conception and myself.