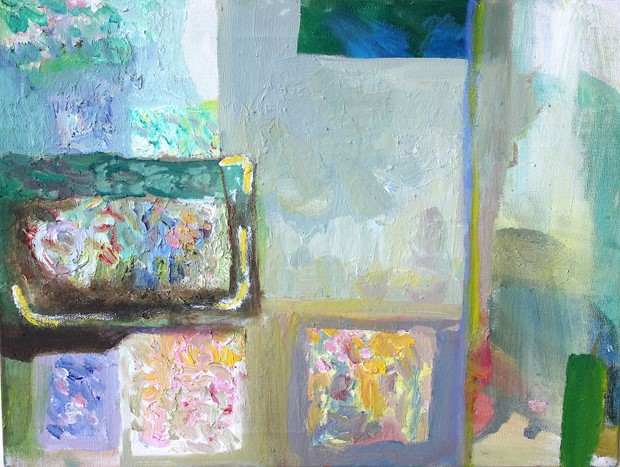 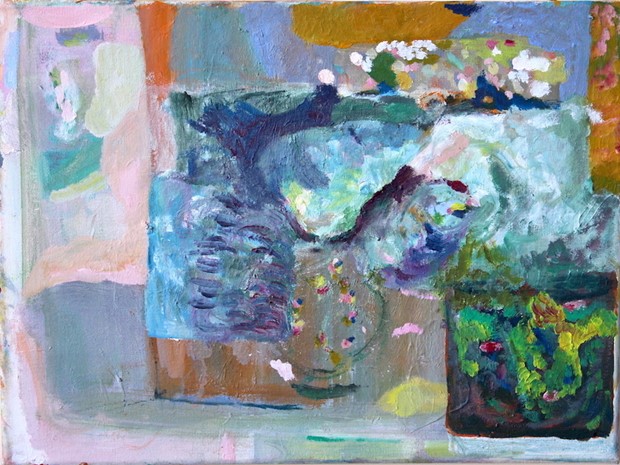 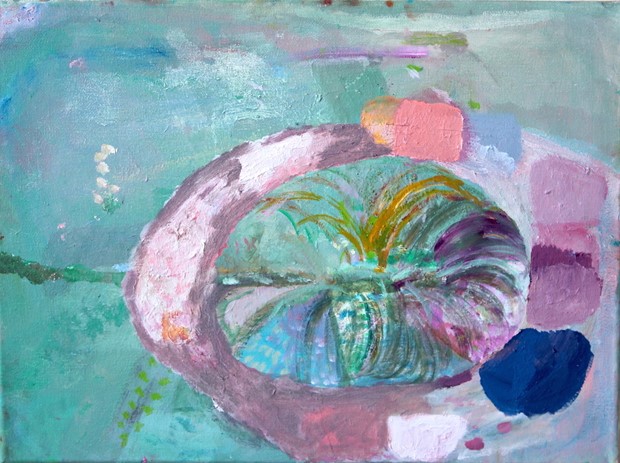 My studio based work comprises oil on canvas paintings. Using subtle orchestrations of colour, texture, lyrical gesture and abstract and figurative elements the paintings translate atmospheres and moods that locate a sense of place. Forms emerge and evolve through the process of making and added flourishes are intended to invite closer inspection of the paintings’ surface. Painterly revisions accumulate on the canvas alongside traces of provisional marks rubbed away -in a process of sense making.

I am interested in investing in the nature of painting as its own legitimate subject matter and think about the types of attitude an abstract painting can incite, its timeliness in relation to other current modes of art making and its continued possibilities beyond the histories that inform it. Painting is by nature inconclusive. In the provisional approaches to applying paint, workings and re workings, the shifts and changes along the way; for me, the crux of painting always resides in the indeterminate space between an initial idea and a pictorial emergence and how the discrepancy between the two might be negotiated.

2019 Legacy: 50 Years of Painting in the Tees Valley, The Auxiliary, Middlesbrough

2013   Devonshires Developing Artists with Wallspace in the Workplace, London