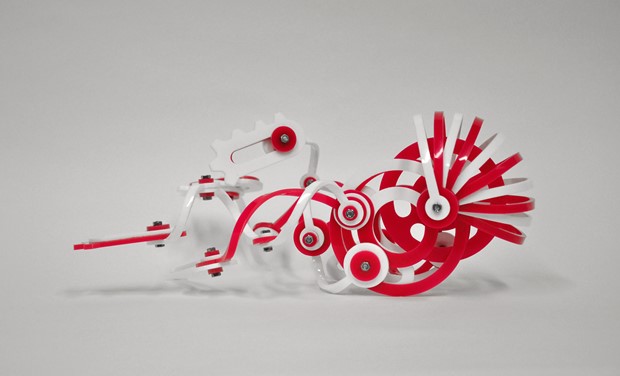 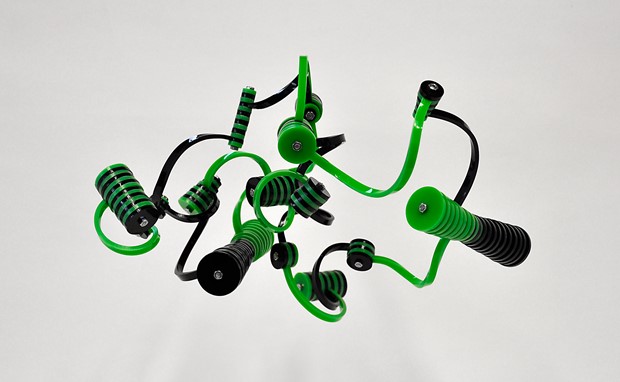 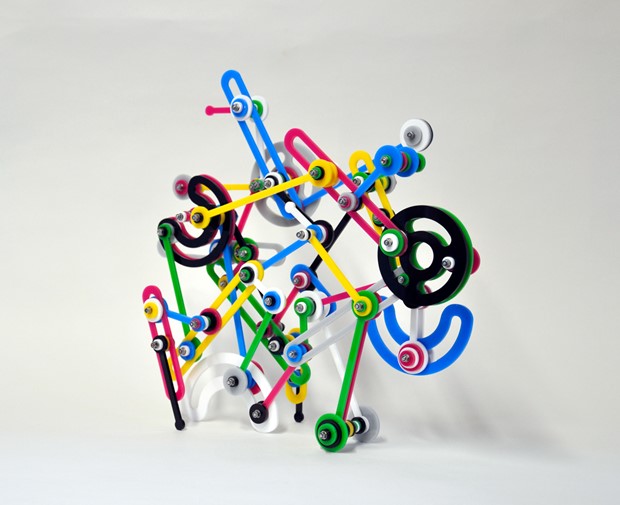 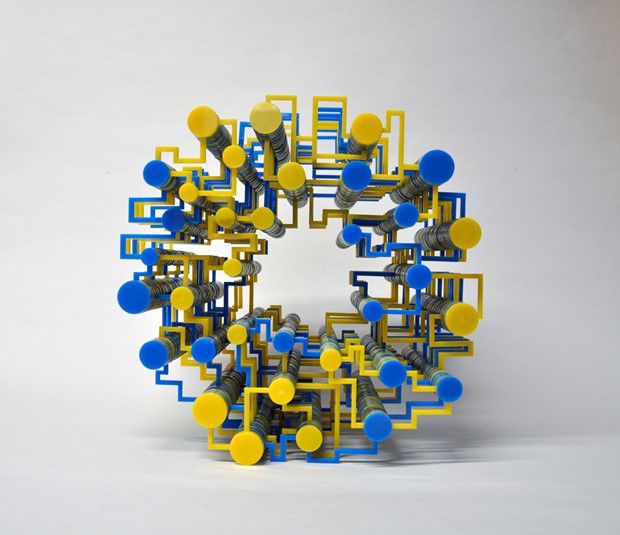 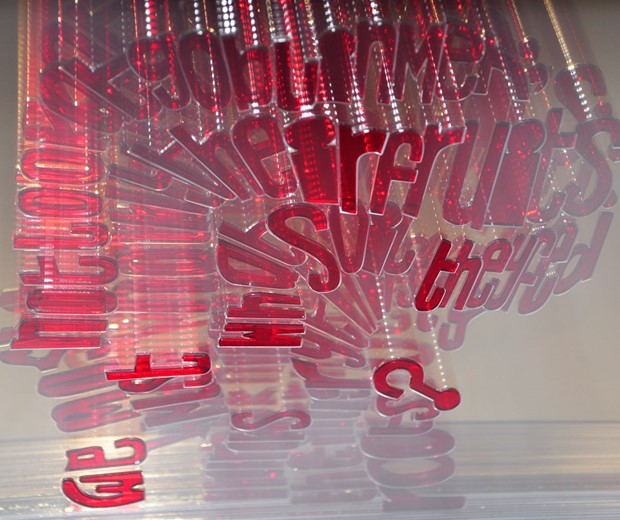 The primary focus of my work is the making of Sculpture. But I also create Video and make Hybrid Digital Print editions which coalesce with three dimensional ideas.

My recurring inspiration lies in the connections and relationships between human processes on a psychological level, and interpersonal connections on a social level.

My work serves to physically visualize the connections within the individual and between people. Forms and designs become representations of systems we are a part of. Appearing as networks that are constantly being supplied with new content and information from perception, experience, and reflection.

I conduct an artistic investigation of circumstances via a meticulous examination of materials and their technical possibilities. Increasingly I have been using PVC, Perspex, and HDPE. Here I can control and finish the material through targeted cuts and modelling. This artistic practice results in artworks characterised by patience, precision and attention to detail.

2013 BETWEEN THE LINES. Digital prints and laminated plywood and glass constructions. The Jowett Centre, Alton.

Recruited selectors: Bill Varley (then art critic: Guardian) and Michael Kenny RA. Sponsors: Silhouette Eyeware and The Mercers Company. (I conceived, organised, set up and manned this exhibition with a fellow sculptor)

(I conceived, organised, set up and manned this exhibition with a fellow sculptor)

2004 A VEHICLE FOR THE SOUL. Implementing Creativity and Inspiration through the Arts. Willow constructions with Surrey based NQT’s on behalf of 4S.

2016 EGGAR’S COMMUNITY ARTS WEEK. Working with students who have a dissability from Surrey and Hampshire.

(On behalf of the Mouth and Foot Painting Artists Association)

2017 HENRY MOORE - The Lightbox, Woking. Working with the Young Curators to make work inspired by the exhibition.

2017 HENRY MOORE - The Lightbox, Woking. Modeling and casting with Adults to make work inspired by the exhibition.

2017 EGGAR’S COMMUNITY ARTS WEEK. Working with students who have a dissability from Surrey and Hampshire.

(On behalf of the Mouth and Foot Painting Artists Association)

2018 ELIZABETH FRINK - The Lightbox, Woking. Adult Workshop to make ‘heads’ based on sculptures in the exhibition.

2019 ALTON LIVE - EGGAR’S COMMUNITY ARTS WEEK. Working with students who have a dissability from Surrey and Hampshire. (On behalf of the Mouth and Foot Painting Artists Association)

1995 ENVIRONMENTAL AGGREGATES. Cement sculpture made from casts of natural and man made objects.

2007 UNSEEN BY THE NAKED EYE. Interlocking Circular Bass Relief. Cast from clay moulds, reflecting the beauty of the micro and macroscopic world.

2009 RELIEF MURAL (25m long) in white cement spanning 3 external walls at the entrance area of the school. Comprised of 64 individual tiles each made by a pupil in Yr5. Merdon Junior School, Chandlers Ford.

2018 Read-Code-Make: Worked with Dr Prior to design construct and programme an Interactive Sculpture (based on Frank Herberts - Dune) for touring exhibition, Surrey Libraries.

2019 Artist in residence at Watts Gallery, Compton. Producing site specific sculpture and working with the Art For All community in response to the Christina Rossetti Exhibition.