My concept of 'Painted Space' is inspired by the most liberating of all art movements. An art movement that places a high value of civilisation on the ability of art to liberate the imagination. When Andre Breton described his ‘surrealism’ as ‘beyond space and time’ he appeared to offer only a conundrum. Yet his desire for an art of continuous contradiction teases out a space in the imagination where time can be spent reflecting and responding to adventures in the unknown. 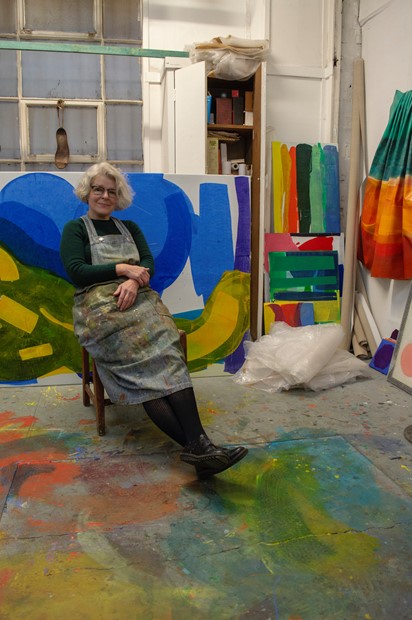 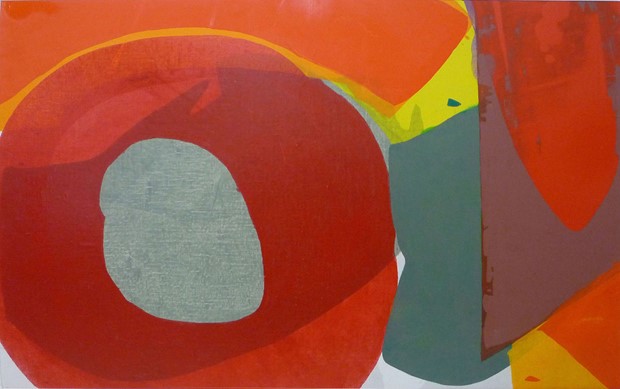 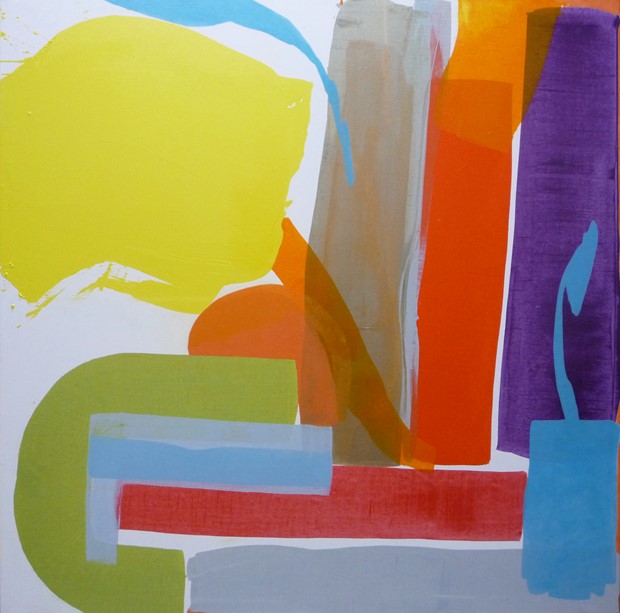 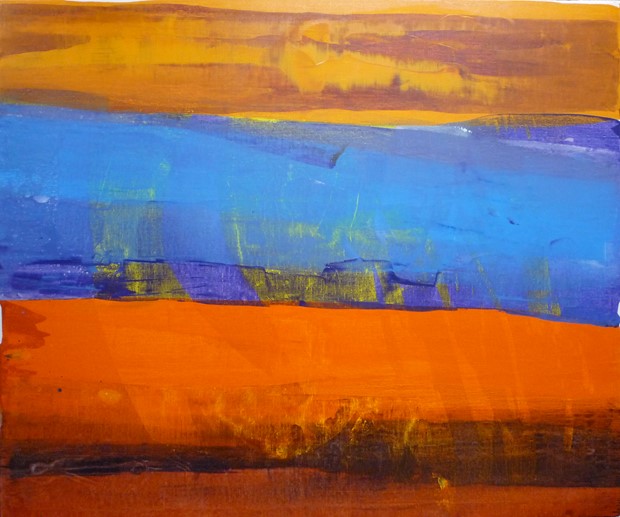 My concept of 'Painted Space' is inspired by the most liberating of all art movements. An art movement that places a high value of civilisation on the ability of art to liberate the imagination. When Andre Breton described his ‘surrealism’ as ‘beyond space and time’ he appeared to offer only a conundrum. Yet his desire for an art of continuous contradiction teases out a space in the imagination where time can be spent reflecting and responding to adventures in the unknown.

Closed space, filled space, empty space, open space, space the final frontier. Spaces in which the imagination can shape, colour, decorate, fill, or transcend physical limits. The material literal space of chairs cars tv sofas flats houses planes is abandoned and replaced by the power of the mind guided by the eye.

Abstract paintings encourage individual feelings of thrill, excitement, and delight.  They offer new ideas about dimensions of space, transcend the initial first look, reach out to a sensitised appreciation of the world. Drawing through colour and form, sensations of harmony and balance, each new space renews a visual fingertip sensitivity adding much more to life.

My exhibition ‘Painted Space’ shared Breton’s aim for ‘adventures in the unknown’, a refreshing challenge.

Concepts: I am a painter based in Scotland, my work ranges from large scale abstract colourfield painting to smaller figurative work. "Rowena unleashes a powerful emotional force in a positive life enhancing aesthetic. An aesthetic in painting that is informed by vibrating colour relationships and formal balancing. The tension between colours and shapes offers to the viewer both an immediate spontaneous response and considered intellectual reflection. Rowena was trained in abstract art by Mali Morris, Clyde Hopkins and, although at the end of his teaching career, Terry Frost in the Art Department of Reading University, graduating in 1982. Although she left Art School fully immersed in the aesthetic of abstract art, she has diversified and developed the best qualities of abstract painting into figurative and landscape painting ". (Aspect Prize Catalogue) A body of figurative work of contemporary history painting concerned with depicting aesthetically the use of civilian aircraft as potential weapons of terror has been shown recently at the Meffan Museum in Forfar, Scotland. The horror of the 9/11 hijacks and crashing of civilian passenger aircraft into the twin towers in New York made me realise the contemporary meaning of the sublime in art. The sublime is an 18th century idea but I don't use it to paint 18th century subjects. As an idea it is concerned with the use of art as a way of realising the human emotions of immense joy, fear and terror. However it is not my paintings role to act as an illustration of contemporary events but instead to comment critically by summarising and symbolising into, I hope a witty visualisation of terror. Influences Gender; human physical predicament, colour field, the sea Career path From 1978 to 1982 I studied Fine Art at the University of Reading. For 20 years I lived and worked as an artist in Aberdeen before moving to Glasgow in 2010, exhibiting widely throughout Britain. My work is held in many public and private collections. In 1999 I was awarded an AVAAS grant for a project based around Hogarth's ' Rake's Progress', which involved learning new techniques using digital technology. In 2002 I gave a lecture on this project at the John Soane's Museum in London. For two years I was secretary for the Aberdeen artist's collective, Limousine Bull. During this time we published a book, curated a number of exhibitions and launched a website. For ten years I acted as the tenant's representative for the WASPS studio building in Aberdeen. At various times I have taught Art at Aberdeen University and Peacock Visual Arts, Aberdeen. In 2005 I was awarded a further AVAAS award for work investigating piratical activity in the NE of Scotland during the 17thC and reinterpreting this in a contemporary critical manner resulting in a collaborative show at Duff House, Banff. In a voluntary capacity, from 2011 - 2014 I was privilged to take on the role of President of the Scottish Artists Union, the representative voice for artists in Scotland, and I have continued as Treasurer. Currently I serve on the Council of the Society of Scottish Artists and the Council of Paisley Art Institute.  I work from a WASPS studio in Glasgow's Barrowlands, a member of the thriving group of Gallowgate Artists.

2015   The Liberty of the Individual: Beyond Space and Time,  New Hall, Cambridge

2013  TINY DIAMONDS IN THE COSMIC SANDS, House for an Art Lover,  Glasgow

2016 Identity Through Landscape, House for an Art Lover, Glasgow