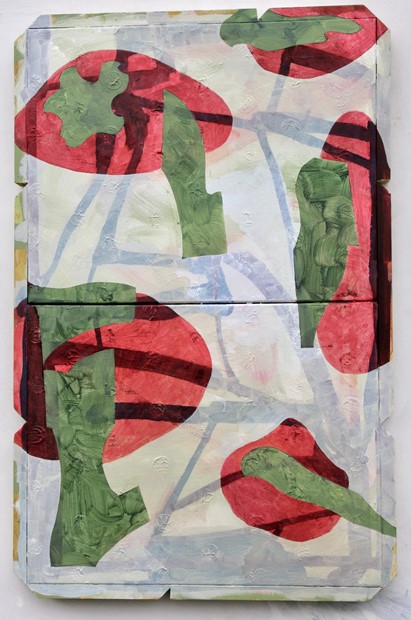 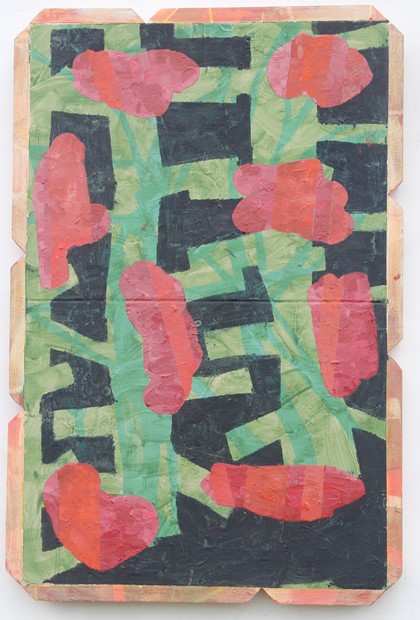 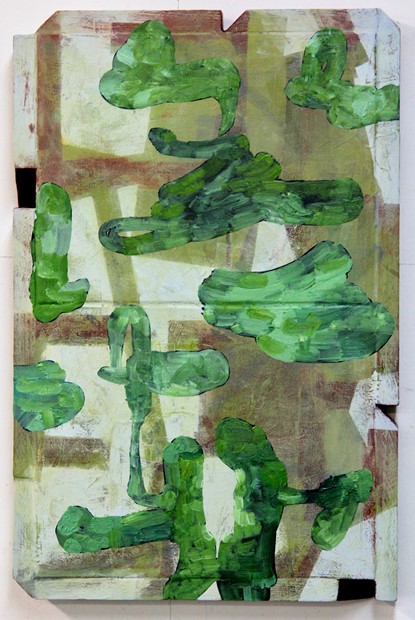 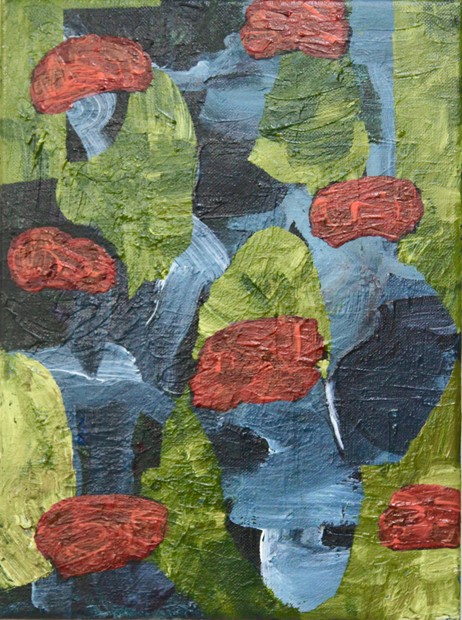 My paintings are made in my studio high on the upland heath of the west Pennines.

The expansive moorland landscape is marked by labour and industry from 19th century cotton mills, the over-grazing of subsidised farming and the relentless ‘progress’ of urbanisation and, most recently, the growth of wind farms which occupy every horizon.  Through many years living and working in that environment I have formed a painterly response that is simultaneously of the place and of the process.

In an important way the conflicting elements of the landscape; its persistent manifestations of scale. seasonal change, drama and colour, set against the interruptions of use, commercial, social and political, push for a methodology that is neither unquestioningly celebratory nor bluntly critical.  I find painting offers the means to a resolution to that dichotomy, in my mind, through its plasticity, history and political marginality.

Central to my studio practice is an agglomeration of visual material in the forms of drawings, notations and photographs from my travels commencing from the view immediately outside my studio.

That visual ‘archive’ contributes to a body of knowledge drawn from historical and contemporary perspectives on art and culture and informs my ever-developing understanding of painting’s material and poetic potential.

Professor Roger Wilson is an artist, writer and teacher. He has worked in colleges and universities in the UK, America and Europe and was until 2006 was Head of the Chelsea College of Art and Design. He is Professor Emeritus of the University of the Arts London and former chair of the University Professoriate. He has served on the management councils of Tate Liverpool and Tate Britain was chairman of the Council for Higher Education in Art and Design and a member of the executive of the European League of Institutes for the Arts.  He has been a consultant on strategic planning and research to a number of Higher Education Institutions.  He has been awarded Fellowships and Honorary Doctorates by 4 universities and has served as a Governor of 3 Higher Education Institutions.

Roger Wilson is a painter having also worked extensively with photography and film.  He has had over 35 group and 15 solo exhibitions and has work in public and private collections in the UK, Europe and the USA.  Recent work has revisited the research of Scottish zoologist D’Arcy Wentworth Thompson through his book ‘On growth and Form’ first published in 1917 that became highly influential amongst artist working in the 1950’s and ‘60’s when Roger Wilson was an art student at Norwich School of Art .  The Universities of Dundee and St Andrews hold Thompson’s archives, which have been the source for Wilson’s recent exhibitions in Glasgow, Dundee, St Andrews and the Fleming Collection in London.

Between 2009 and 2014 Roger Wilson was Head of the School of Fine art at Glasgow School of Art and Visiting Fellow.