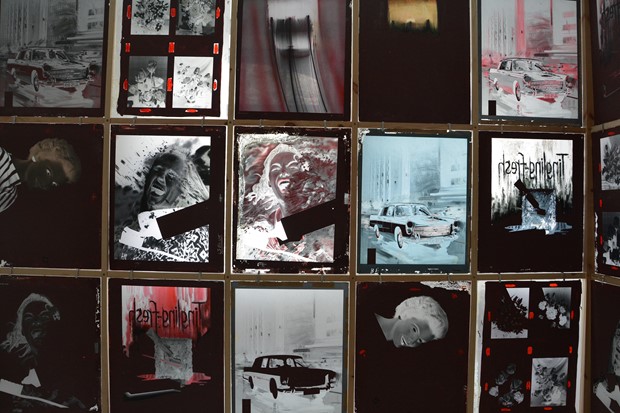 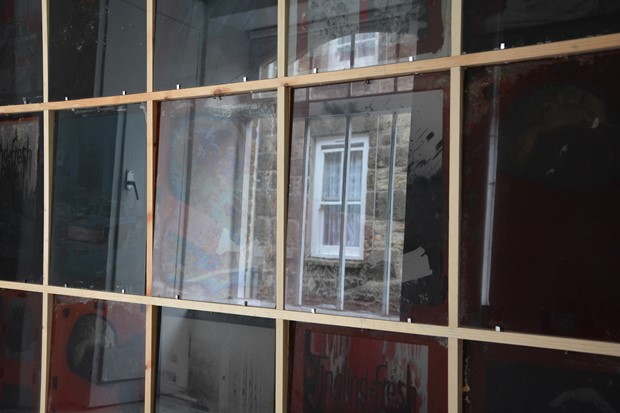 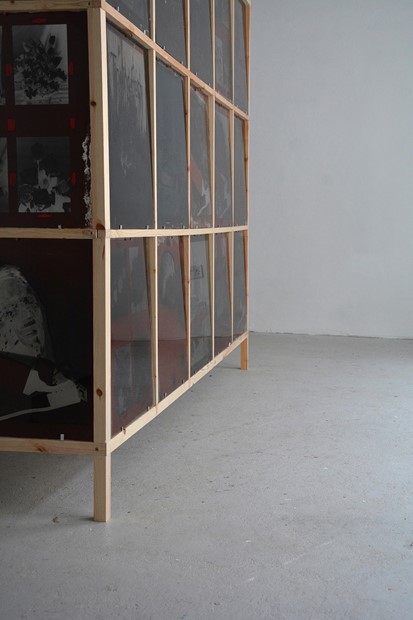 This work was developed during a residency at Back Lane West, Redruth.
In 1959 my paternal grandfather, Philip Dowell, salvaged a large number of large glass negatives from a printing company close to his home. At 400 x 500mm, these had been used to produce campaigns for, among others, Austin and SR, whose 'Tingling Fresh' campaign had been the first on television a few years earlier. The plates were intended to be disposable, and were discarded soon after use. My grandfather, a materially resourceful individual typical of the time, collected these with the intention of building a greenhouse. He never did.
Almost seventy years later, Incubation explores how these could have been used. Keeping the striking negative images intact, the structure is largely built from reclaimed or reused materials sympathetic to my grandfather's approach to making, and commonplace to the innovative allotmenteer.
The images in this context are intended to explore the tensions of that era, particularly those between rationing and the significant shift in advertising which led to the consumer boom of the decades to follow.