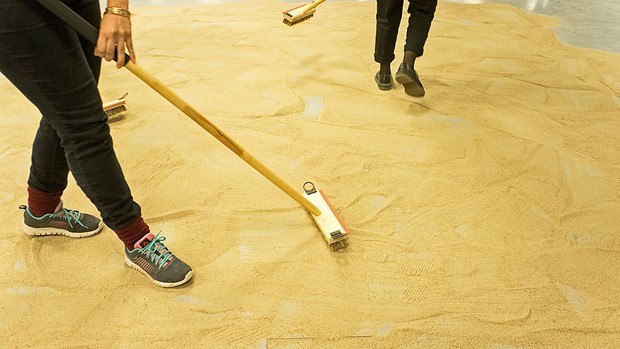 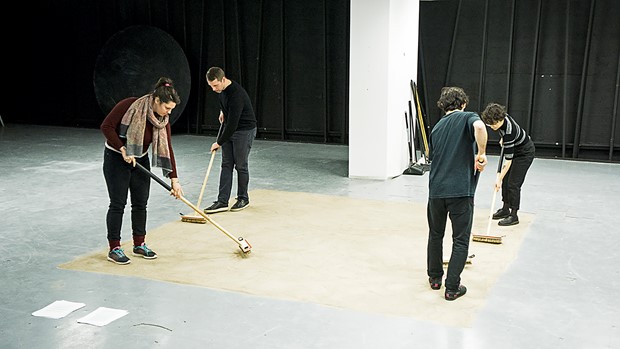 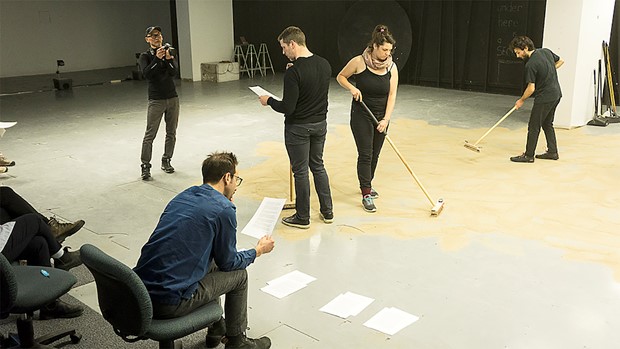 This work happens in the following way. Four people stand apart and over an area of sand spread over the floor of a public space. What starts with a symbolic 'public square', they gently sweep the sand. Over a few hours each of these four people step from one end of the sand to another. Each slowly sweeps away footprints left from the other. Sometimes one person stops walking. Another walks over, moving them on. 'Move on' another suddenly cries, 'nothing to see!' Another cries 'Under the stones is the beach!' These and other statements are abruptly said aloud, echoing public demonstrations from 1968 to present day. The work goes on, sweeping, stepping, stopping, then walking or pacing again, and so forth… until all the sand is swept across the floor. What seems a 'collective action' becomes traceless. Metaphors of change, work, and everyday life are symbolically cleared.

Texts found from the 'political left', intellectuals from the 1960's (especially May '68 generation) to present, such as Occupy in 2008, are read aloud by audiences. Such texts included Marcuse, Horkheimer, Adorno, Fanon, Meinhoff, Badiou, and Malik, amongst others. Audiences were asked to read such texts aloud.