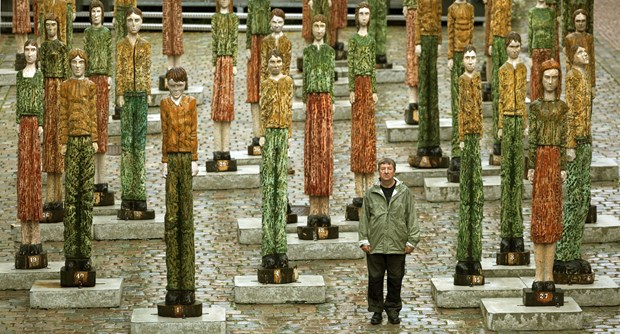 A crowd of 45 monumental figure carvings will be placed around the German town of Speyer from May 19 - August 6. 2017. The exhibition is part of the commemoration of the 500th anniversary of the Reformation. It is also the 20th anniversary of the Odyssey project on tour from the Ukraine, through Poland, around the UK and the 5th year touring Germany. It is 75 years since Robert Koenig's mother was taken from her Polish village to work in the forced labour camp in Speyer. It is an exhibition full of anniversaries.