Concepts My work has changed significantly since I began painting. My earlier work was concerned with making imaginative and symbolic connections to my relationship with classical Indian music, to the natural world, and to my Jewish heritage. In later years I have focused my attention on one particular subject - it is that of statelessness and alienation. This is connected to my concern for the desperation

"The Tuner for the Musicians who only Play and Sing For the Drowning 174cm x 120cm Oil and Indian Ink on gesso on canvas", 2020 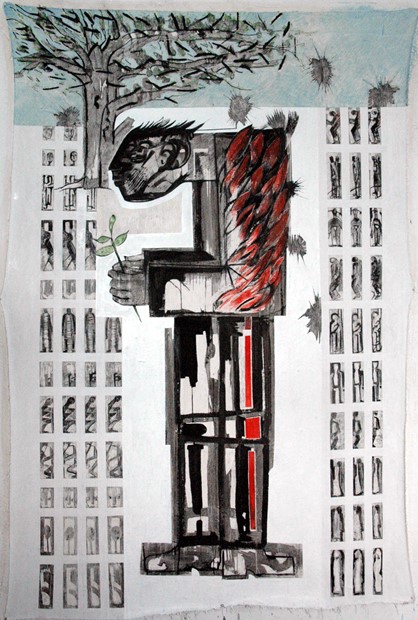 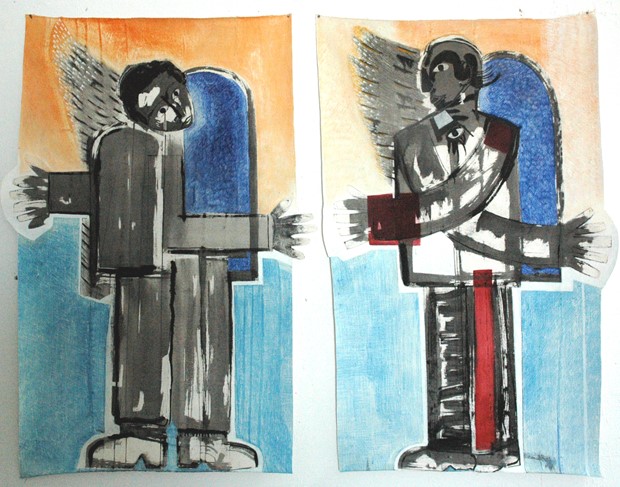 "The Musicians Who Only Play And Sing For The Drowning'" 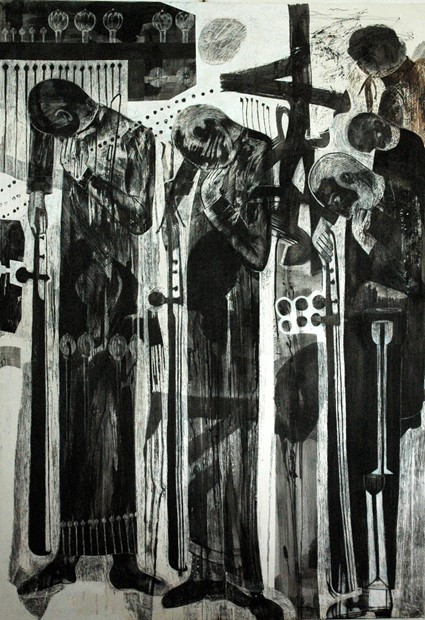 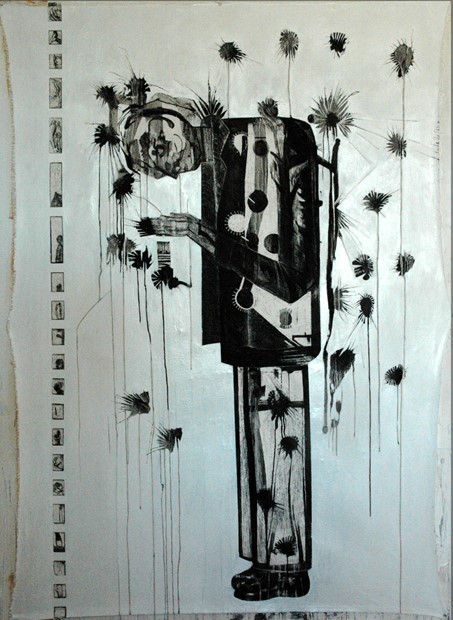 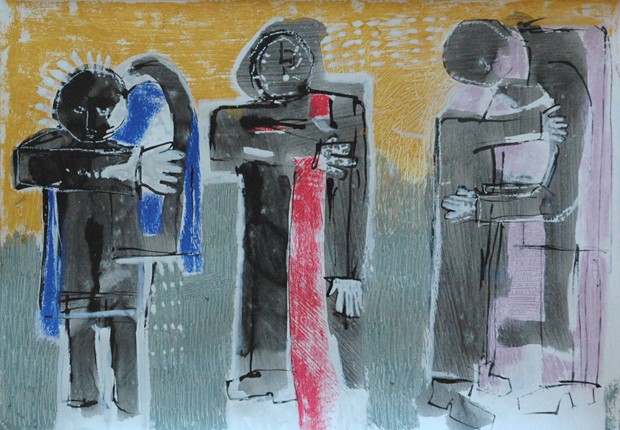