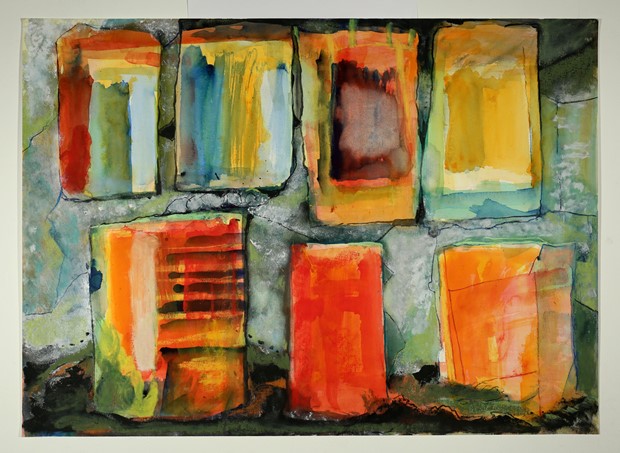 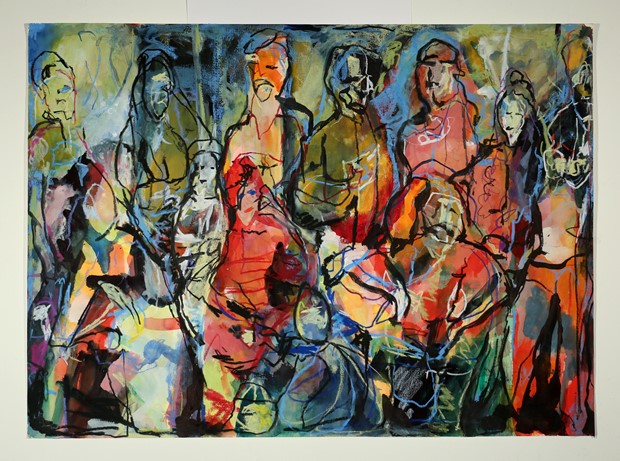 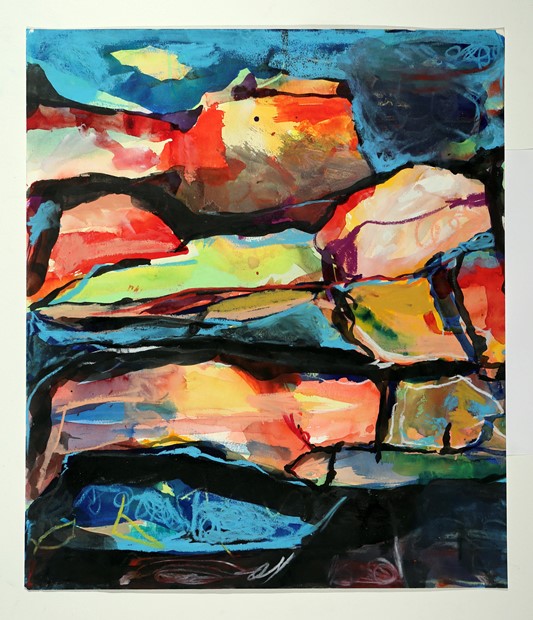 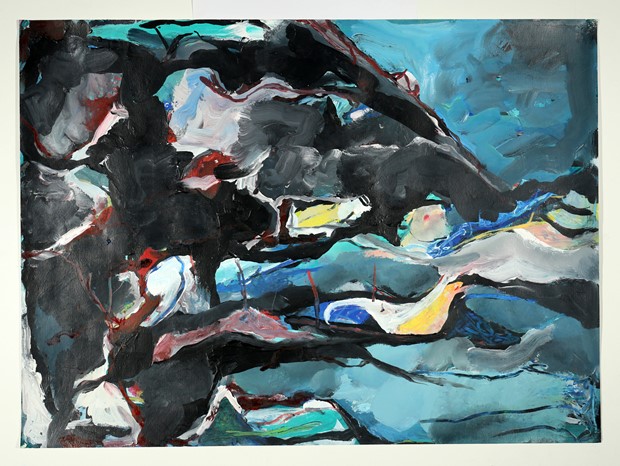 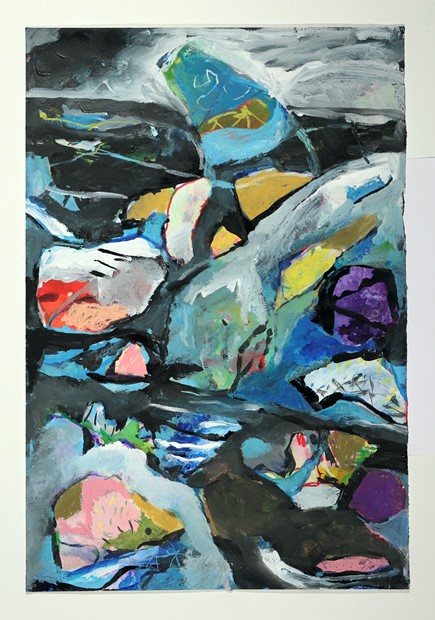 Richard graduated from the College of Art and Design in Trent Nottingham University in 1979. He established his studio in West London in the 1980’s. As a member of the Riverside Artist Group he took part in a cultural exchange programme with the Moscow Union of Artists in 1988. The exhibition toured the Soviet Union and showcased contemporary British artists in USSR for the first time since the 1917 revolution. Richard held further exhibitions in Moscow and Berlin in the 1990’s and has works in the Pushkin and Tula contemporary collections. Richard’s interest in the creative process led him to develop community arts initiatives in collaboration with other artists in a variety of art forms. He worked closely with the disability community for a number of years. When he moved to West Cork in 2010 he studied for his Master’s in Art Psychotherapy at Crawford College of Art in Cork; he is currently developing an Art Therapy practice. He continues to maintain his London studio and exhibits regularly in the UK and Ireland.

My work explores a variety of themes on the borders of abstraction. I revel in the potential of the medium to secure meaning through a new gestalt. I am fascinated by a world that is constantly in flux and I work to realise images that resonate these changing realities. My pictures draw together internal and external experiences. I believe that my painting practice and my work as an Art Psychotherapist share a common goal, they are both processes in consciousness.

My work has been directed by a fascination with the creative process. An intuitive approach towards the handling of the material has guided my practice through various phases. This began by investigating the use of colour as a personal language. In early works  this led to the exploration of ambiguous narratives resulting from the modelling of colour spaces.

In later work I asserted the dominance of the picture as an object by incorporating mixed media; the use of texture and metallic paint helped to give the work a physical presence. The investigation of fragments of collage became the genesis of new work. The images became more symbolic and iconic in nature.  Simple shapes cut from fabric or cubic forms became the starting points for a journey of discovery. The images were resolved through a process of locating these forms into the ground. Completion involved the realisation of the symbolic content which also implied an ambiguous narrative.

My career has involved me in a variety of creative community programmes. The recent landscape series were developed at a time that I was studying for my Masters’ Degree in Art Psychotherapy.  Paying attention to external reality seemed an important grounding experience on a course that required a lot of internal reflection.  These works may be seen as part of an expressionist tradition which attempts to synthesize internal and external experience by embodying a sense of place in the medium.

2014 - Member of the Irish Association of Creative Art Therapists (IACAT)