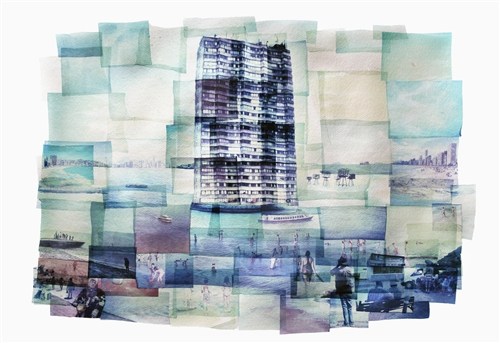 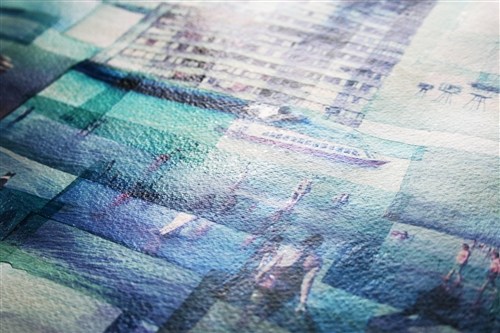 This emulsion lift piece was created as a tie in piece to work alongside my Margate/Benidorm series of Polaroids which will be published by Jane&Jeremy later this year. Benidorm is a city by the sea in a sense - a collection of high rise blocks spilling onto the sand. The building in the centre of this piece is Arlington House, a high rise block in the centre of Margate that is completely incongruous with the rest of the town. This piece is about Britishness, Benidorm a product of Thatcherism and the rising wealth of the working class alongside the decline of Margate, a consequence of tourists leaving our shores for the Spanish costa.

The people and boats in this image were taken in and around London, Benidorm and Margate, and the final image is a busy scene with Arlington House at the centre, a city full of people on top of one another, isolated in the expanse of the sea.

Using 669 and ID-UV film, this piece combines more than 80 Polaroids to build the final composite.

This isn't made digitally, but by the Polaroid emulsion lift process, where the layers of the Polaroids are separated and floating into water before being transferred to their new substrate (in this case, watercolour paper). The piece grows organically, with a rough shape in mind. Multiple layers are built up to create the final image.