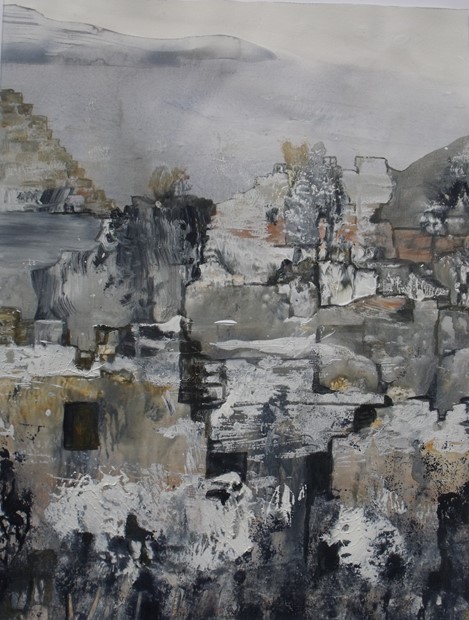 A painting I made on a recent trip around Turkey. The ethnic Greek population of this village were forcibly removed to Greece in 1923 at the end of the Turkish Greek War although they had previously lived in peace over many generations with their Muslim neighbours. Nationalism has the ironic ability to bring about the very thing it purports to fight against : the dispossession and destruction of a people's sense of place, identity and culture. I have visited many such places throughout the world whilst researching my project 'Places of Mourning in the Western World'.