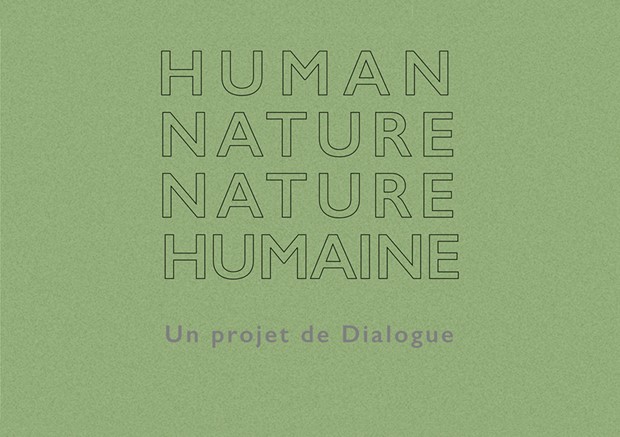 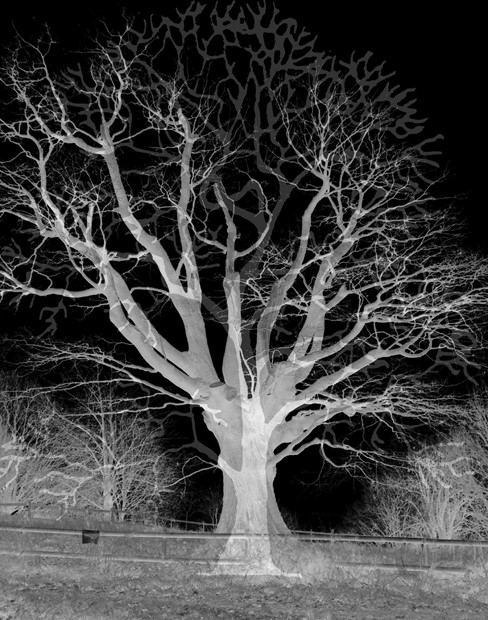 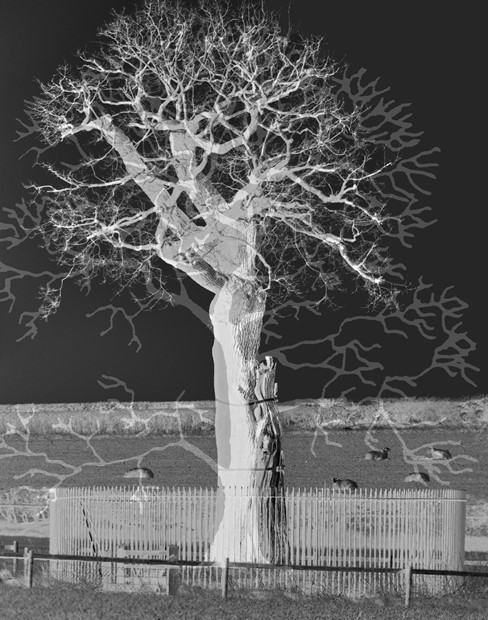 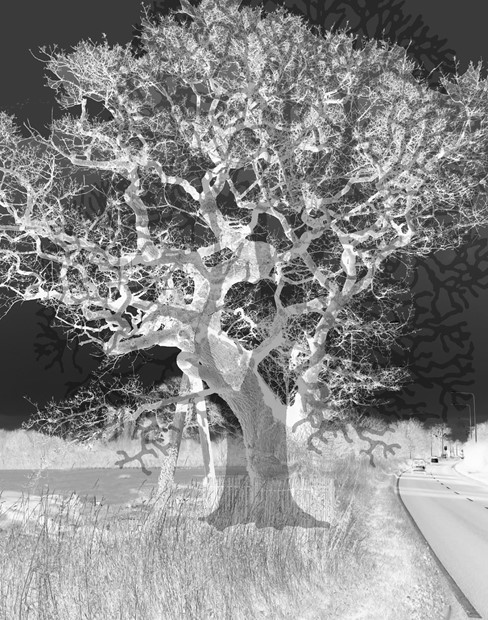 Heart of Oak continues a series of works exploring national identity. The installation formed part of the Human Nature - Nature Humain exhibition at the Talence art centre in Bordeaux. It was a Dialogue project. The three images featured are digitally manipulated - the Royal Oak, a Gospel Oak and a Liberty Oak.

Against the background of a divisive political scene in the UK the installation referenced the Oak as a symbol of British, or perhaps more specifically, English identity

The title is taken from the official Royal Navy marching song, the words of which might be read in today’s political climate as a post-colonial satirical poem.

Come, cheer up, my lads, 'tis to glory we steer,
To add something more to this wonderful year;
To honour we call you, as freemen not slaves,
For who are so free as the sons of the waves?

This first verse from Heart of Oak, with words written by the 18th-century English actor David Garrick, refers to the ‘wonderful year’ of 1759, now an integral part of Britain’s national story. Another ‘Annus mirabilis’, it would seem, is now upon us. But then, the ghosts of the past are ever present.