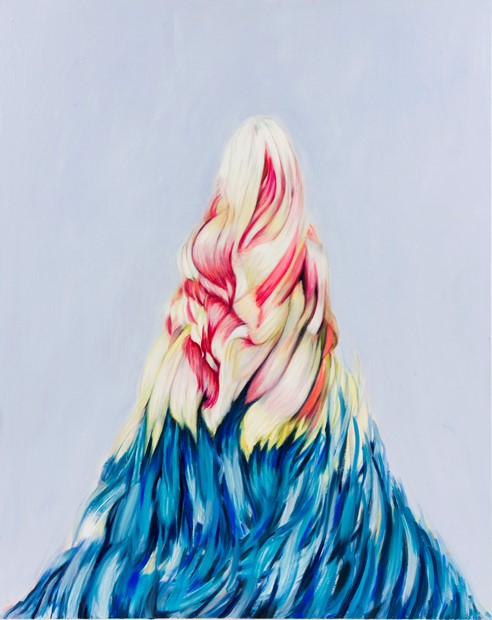 Wave Theory Series!
!
These paintings are inspired by the state of flux and uncertainty that has felt increasingly prevalent in recent times. I have been inspired by looking into aspects of quantum physics, like the Shrodinger Equation, where something can exist in more than one state at once. The ‘wave’ that creates the compositional structure of each piece is a nod to a predictive wave created on a graph which estimates the probable space and location that a form can exist in. I am interested in the Gaia Theory and want the work to simultaneously appear to represent one creature and a colony of creatures. It also combines the synthetic and natural to show how our world has been fundamentally changed by human impact.