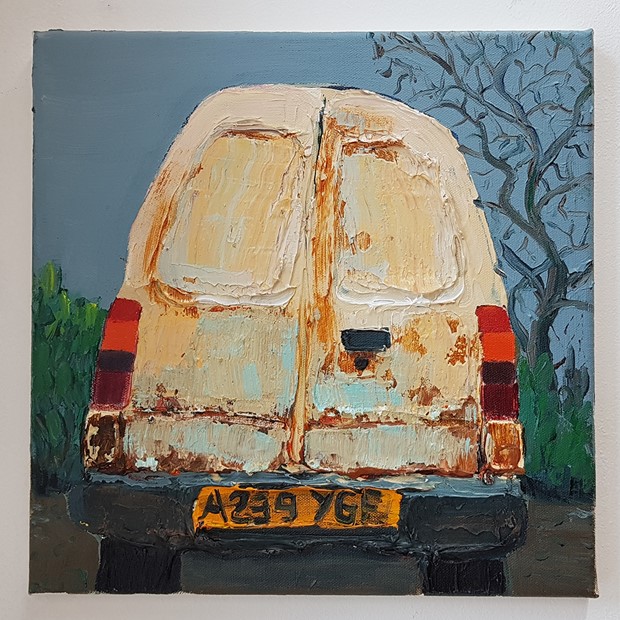 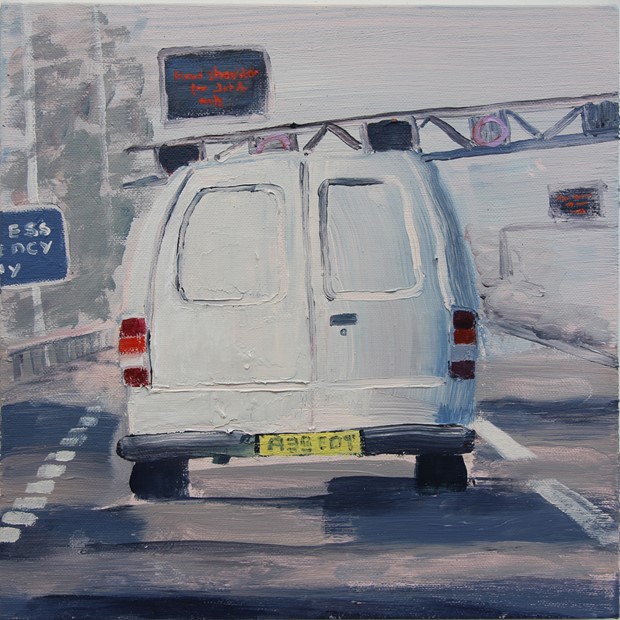 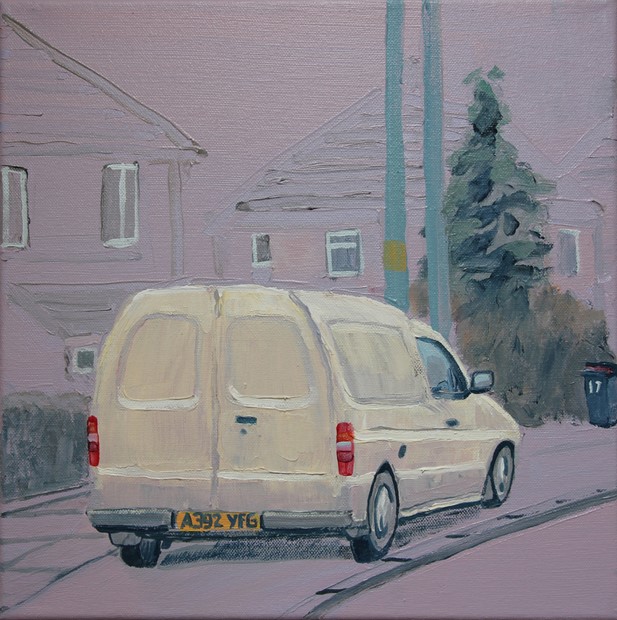 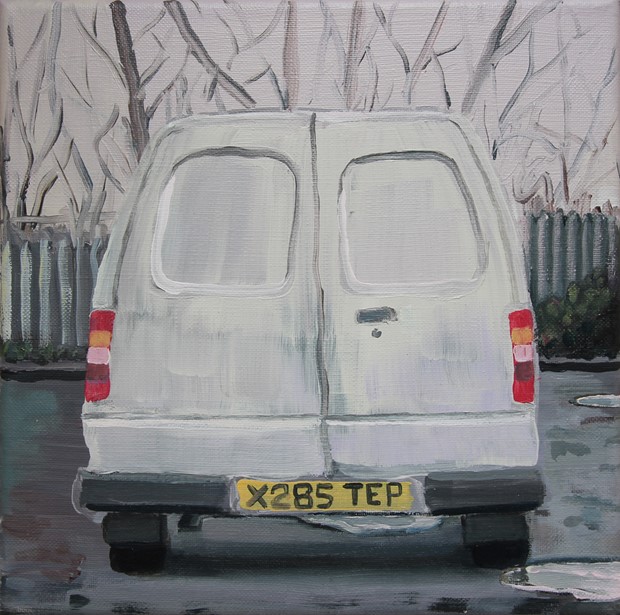 Further studies exploring the motif of the Ford Escort van featured in the tableau of subjects from the Urban Gothic series depicting 18th to 21st century motifs. These isolated study's present the vans figuratively as different characters re interpreted from van spotting, photographs and the memory of my father driving one and reversing up the drive in the 1980's. They are also a template to explore approaches painting.