My core practice is painting, which evolves into performance, photography and installation. 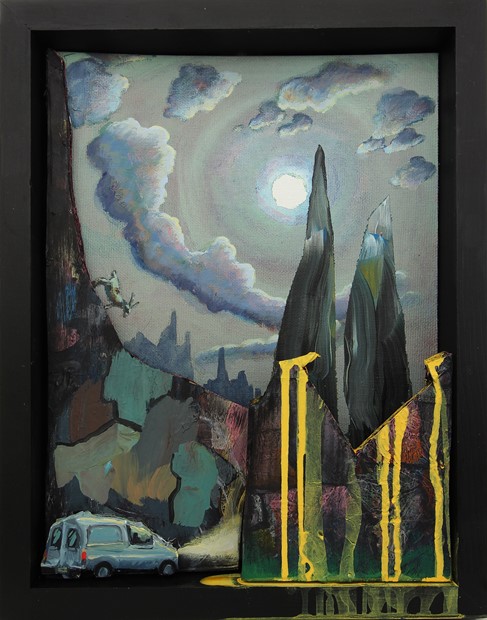 "The Rehearsal of Frankenstein", 2020 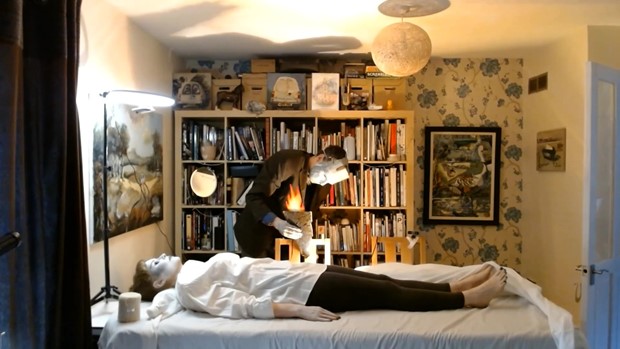 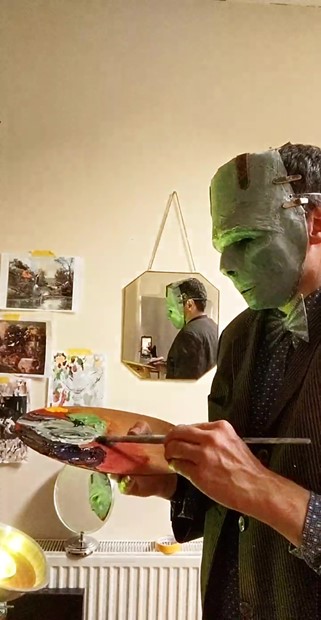 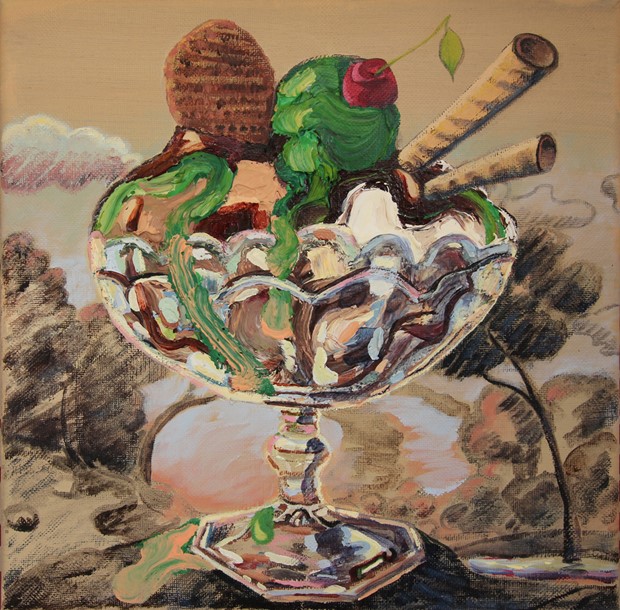 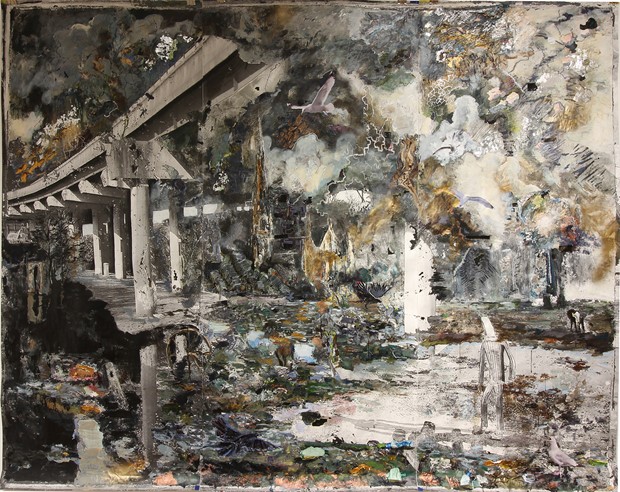 My core practice is painting, which evolves into performance, photography and installation.

‘English Gothic ‘ is my current project, combining English 18th–21st  century motifs including; historical landscape painting, architecture, classic monsters of movies and the Ford Escort van. The series explores shifting markers of progress and dereliction in our landscape, relating to depictions in art history in sometimes surreal and fantastical scenarios. Imagery is sourced from art history and horror film books, the internet and urban commuting.  Some of the references are personal. The van was one my Dad drove to work in the 1980's.

An ongoing series of human fly characters was originally based on a still from a much cherished monsters of the movies book I was given for Christmas as a teenager. The fictional narratives set up within the work are open to interpretations, with a tonal sensibility ranging from the melancholy to the absurd.

2012       Nap-kin. Performance with David Miller at the Vaults, Jewelry Quarter

2017        The Future at The Coventry Biennial of Contemporary Art

2010       A site of no special interest. Solihull Arts Complex, with Arlene Burnett

2006       Arts Council of England. A Grant for the Arts, Different Parts, A solo exhibition, The Works

2009        Cultivate: developing the visual arts market in the West Midlands