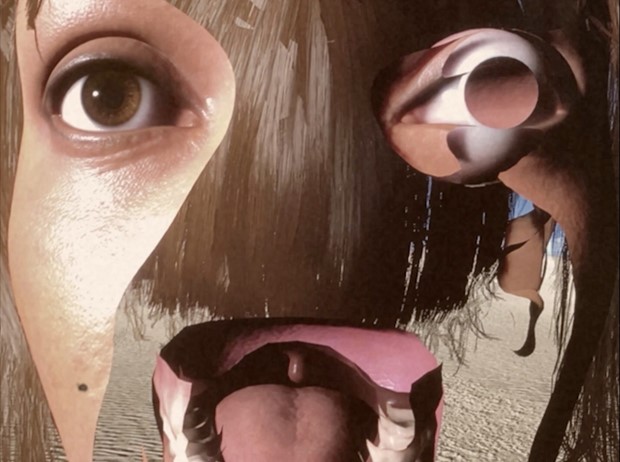 Szi-ka-go Pa-kr-el is a space; a polyvocal archeologist of the future; a stitched-together body; a hybrid, semi-robotic creature; a computerized thought that emerges from a rhizomatic and fabulous media collaboration. The blended corpus of audiovisual artefacts is found footage from the past, left behind to be found, discovered, excavated and visited. The fundamental question is: What went wrong? What was left behind? Forms, hopes and memories—detached, deterritorialized, beyond time and place; artefacts floating in a virtual space; an imaginary future.

We are an international interdisciplinary arts-based research group that has been working together on the deterritorialized fabulative media collaboration: Szikago Pakrel: FUTURE ARCHEOLOGY. Our production methodology leans toward the logic of an “exquisite corpse”, invented by the surrealists of the 1920s, in which each participant draws the part of a body, only leaving a hint for the next one to add another part of the body. In our adaptation, we created brief audiovisual artifacts starting from our own praxis in reaction to specific provocations such as natural currents, affective shapes or ways of becoming. Each of us, in every round, only revealed the last frame of the 2-minute short video, to which each artist, in the next turn, attended. In this way the collaborative work became a rhizomatic structure exploring questions of the relationship between human and nature and current ethical and ecological challenges within this context.