The Time Of Remorse 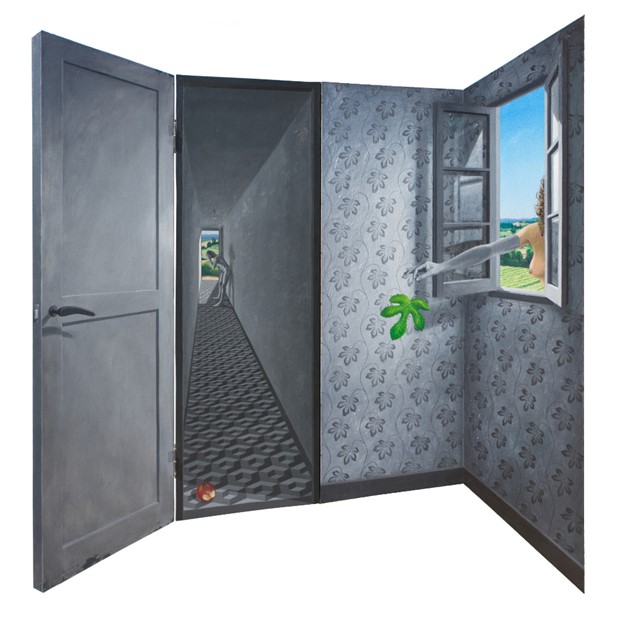 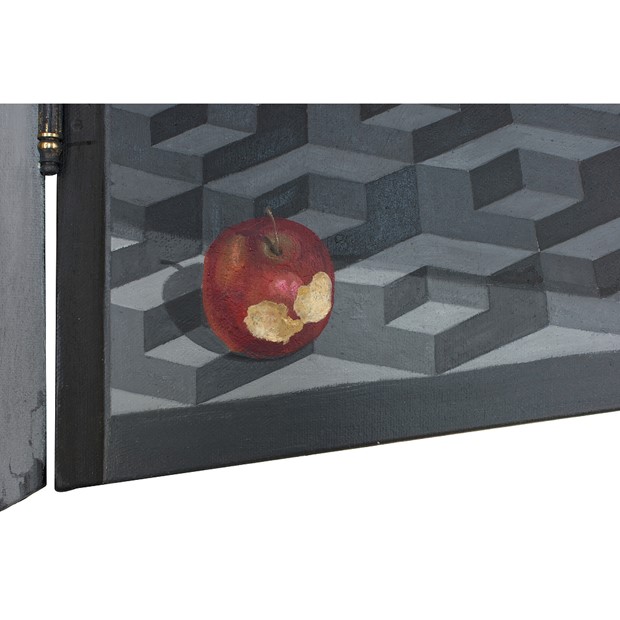 In 1982 I left art college with all the ignorance which comes with youth; if you don’t know anything then what’s there to worry about? The future was as positive as my ignorant optimistic imagination so in 1984, having read many art history books at college, I made a series of paintings loosely based on the themes of much of art history; on the virtues and vices of humanity. A year later, armed with the money from a ‘proper job’, I set off on my adventure to paint my way around the world. This change also meant my interest in the subject of the 1984 paintings was abandoned… until now.

Many paintings during the Medieval and Renaissance periods were diptychs and triptychs in order to convey the whole stories portrayed. The Time of Remorse, a diptych, is an allegory about change, a change from one situation to another, from good to bad. I’ve looked back to that series of paintings of 1984 and, inspired by the medieval masterpieces which inspired them, used the age old story of Adam & Eve to try to get closer to the idea of fear; the fear in the imagination whilst at the same time linking the image to today’s life by making their environment as contemporary as ours.

In my version we are inside the home of Adam & Eve which has become black, white and lifeless, the Garden of Eden outside is bright and colourful. Eve has been outside to search for fig leaves and as she reaches inside to give Adam a leaf her arm loses colour and becomes black and white too. The fig leaf is from the good world and so remains colourful. When the door is opened we see a corridor at the beginning of which is a red apple and at the end stands Adam with his head in his hands in agony of his misdeed of biting into the forbidden fruit. The flaking paint on the door symbolizes the rot setting in. Adam & Eve realize that the whole world around them is changing and it’s their fault, they are damned. They are remorseful, regretful, repentant, distressed and tormented and horrified by their actions which cannot be undone. Their world, our world, is changing.

It’s a sad irony that we seem incapable of being as shocked as our forebears simply because we have become immune to such negativity by the endless images on the TV of global warming, war, anguish and the dead. Death is a statistic which happens to someone unknown and Global Warming is a documentary - with adverts - which will follow the next news broadcast. Often The News reports impending gloom such as the inevitability of global warming and its potential negative effects, yet some people live like ostriches with their heads stuck in the sand. Art reflects the culture of its times but until now it looks like we’ve been living in a world of trivia; a world of Pop-Art-Mickey-Mouse tinsel, La Belle Epoch is coming to an end. Natural disasters such as COVID-19, a viral plague, and human-induced global warming put the fear in me as much as Matthias Grünewald, the Steven Spielberg of the Medieval Ages, did in the minds of people hundreds of years ago with his Izenheim Altarpiece, which was painted in 1516.