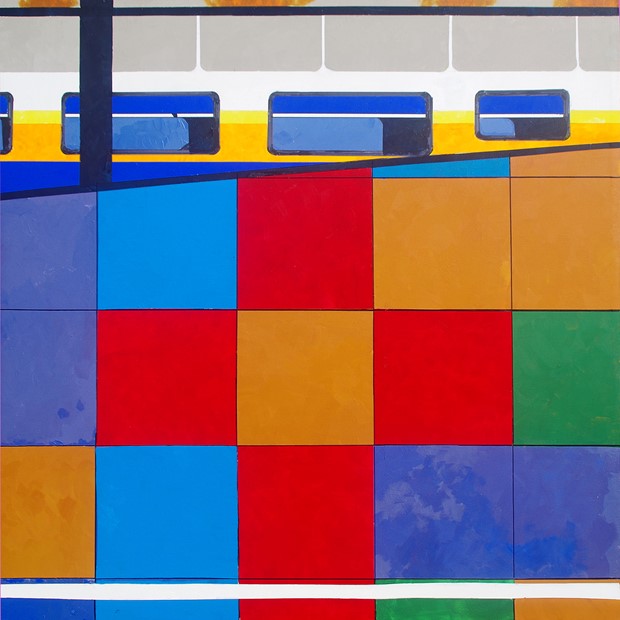 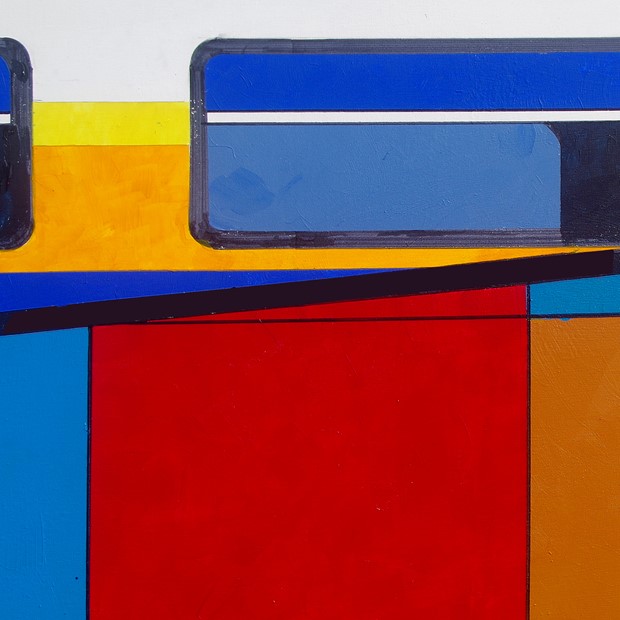 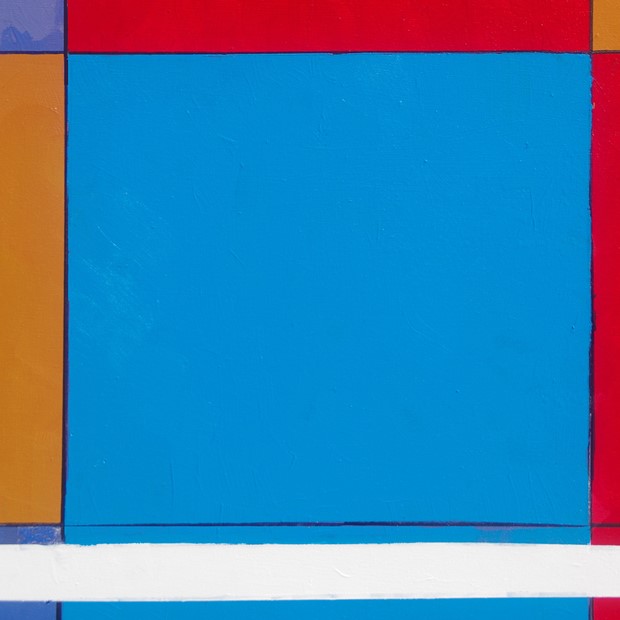 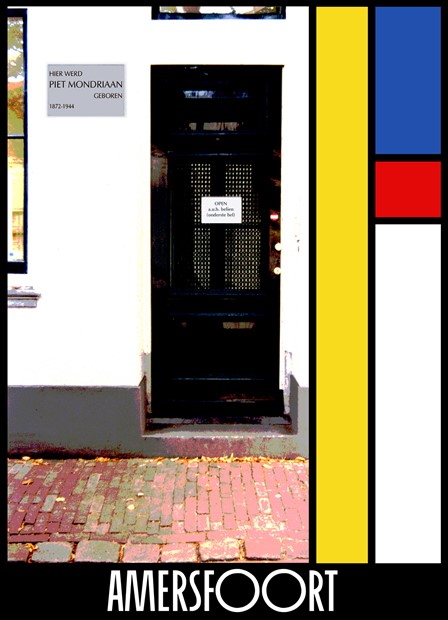 The source of this piece came from part of the perimeter of the railway station in Utrecht, The Netherlands. It made me wonder if the designer had, in the back of his/her mind, the influence of Mondrian. Mondrian was from the town of Amersfoort which is not far from Utrecht. The first image here is the whole painting, the second and third are details from it and the fourth is a print I made some time ago after I had visited Amersfoort and photographed where he had lived. The painting is acrylic on canvas