In the work, visual and narrative stories interweave, interconnect and are continually deconstructed and recreated - emerging in new work - evolving - sometimes hidden, while fragments of image might be repeated within new sequences of visuals and books. There are glimpses of hidden narrative - new stories, myths - fragmenting through time and space - inevitably changing and being changed as they become 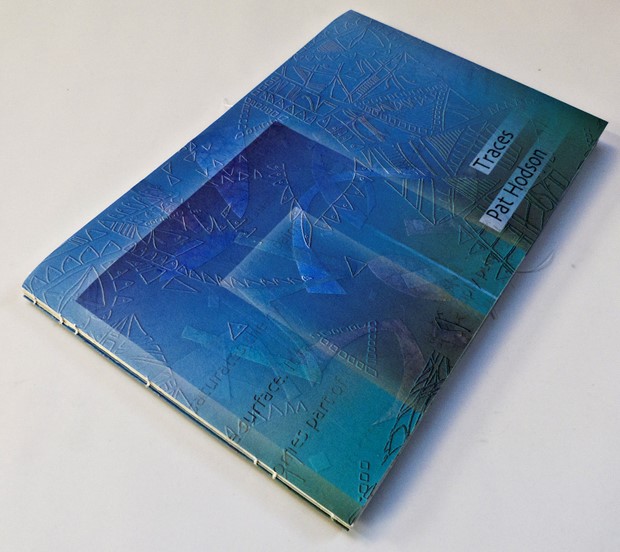 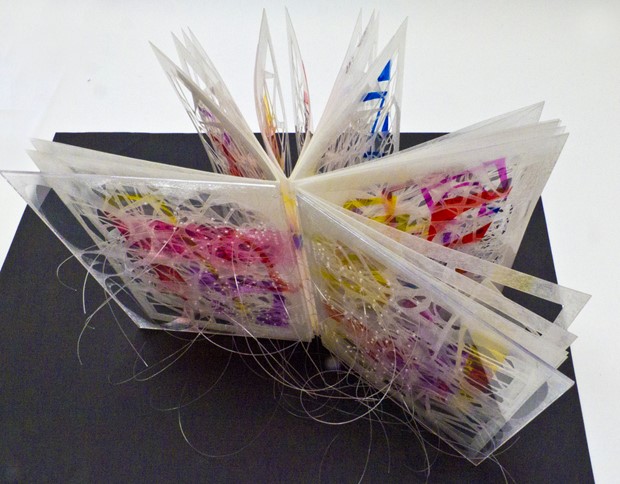 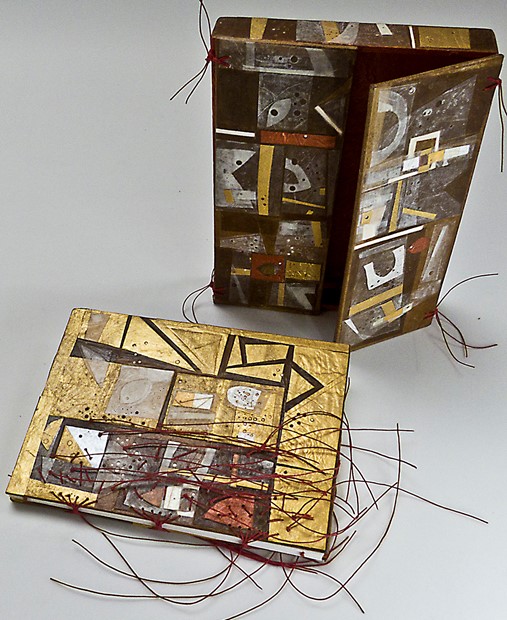 In the work, visual and narrative stories interweave, interconnect and are continually deconstructed and recreated - emerging in new work - evolving - sometimes hidden, while fragments of image might be repeated within new sequences of visuals and books. There are glimpses of hidden narrative - new stories, myths - fragmenting through time and space - inevitably changing and being changed as they become part of a complex layering of words, colour, texture. It is a way of working in which the computer is exploited for its potential for unending improvisation of an idea - a continual fragmenting, deconstructing and reusing of the digital file to make new work. One image easily becomes a sequence. Consequently, each is different yet connects with the next. Yet screen image, is only half the story. The idea is never fully realised until image encounters tactile materials such as paper and thread. It is forced to change and evolve into something tangible - image sequence, book or panel. Even then the digital file might be deconstructed again - metamorphasising into another artwork entirely. A vital part of the work is the visual energy between the sensual and tactile and the 'virtual' marks and textures drawn on computer interact with hand drawn marks and patterns; hand applied colour with digital colour. The tensions between these elements create a highly complex fusion of image and surface. Pat's techniques over 15 years have involved layering of paper tissue using cellulose paste - often with a core layer of silk - fusing this into a strong complex 'substrate'. Over this tactile, multi layered surface is printed a digital image. Embedded within the layers are fragments of scribbles, resist dyed shapes and pattern, scraps of maps, diagrams, cut shapes and thread. This technique allows text, colour and pattern to be hidden or revealed through interplay between the waxed translucent surface and the layers beneath. Latest work explores the potential of non woven synthetics for making books - Lutrador, Zeelon, even polyester wadding. Processes involve heat fusing, laser and hand cutting, while colouration is through sublimation printing. Background I studied fine art in the 1960s at Liverpool College of Art (what is now the School of Fine Art in John Moors University). Colour was a major preoccupation, and during the 1970s led me to investigate textile techniques. I became fascinated by liquid dye and fibre using Wax resist techniques. By the early 1990s I was increasing the emotional impact of the image by making pieces in which the layered liquid dye colour created illusory spatial effects. The process I was using made me acutely aware of the subjective decisions I was making when building an image. I began to explore the idea of an artwork which is never finished, simply in a process of change. I began to make multi image pieces and books. I realised that computer imaging would allow me to map ideas more quickly. However, I soon realised that print on paper lacked two things: the tactile quality of fabric and paper, and the intensity and emotional possibilities of colour on screen. For a number of years I have concentrated on the idea of interaction of surface with print - experimenting with collage, and fibre using resists on the surface, and embedding image and drawing within the layered surface. Recently, I returned to the possibilities of still image on screen and am at present exploring different ways to exploit the emotional potential of colour in projection. I collaborate on projects involving text and sound - the latest one is 'Iceland stories' which evolved from a residency in Iceland - working alongside a poet and a sound artist.

2016/2017 : The Box Project: Works from the Lloyd Cotsen Collection, Book publication date:  June 2016.
The exhibition will open at the Fowler Museum at UCLA  in the fall of 2016 travelling to Racine Art Museum (spring 2017) and the Textile Museum at George Washington University (fall 2017).Group exhibitions

A Feast of Paper : China tour

2016 : UK : Telling in Full (Group exhibition as part of the Lancaster Words Festival)

2015 - US : Concealed, Confined, Collected, Minnesota Centre for Bookarts, US

2013   The Art and Soul of Paper, Mandells Gallery, Norwich

1996 - Fibre on the Outside, ETN Conference, Norton Priory, Runcorn, Manchester

Projects 2009 - A collaborative project involving visuals, sound and poetry – residency in Iceland in 2009 followed by an ‘Off the Shelf’ event at Access Media Lab, Sheffield and [email protected], NES, SKAGASTROND, Iceland/UK 2004 -

2011 - Iceland Stories and other Books : Catalogue

1993 - Visual included in “Textiles: Multi-cultural Traditions” by Spyrou/Singer Other 2010 -