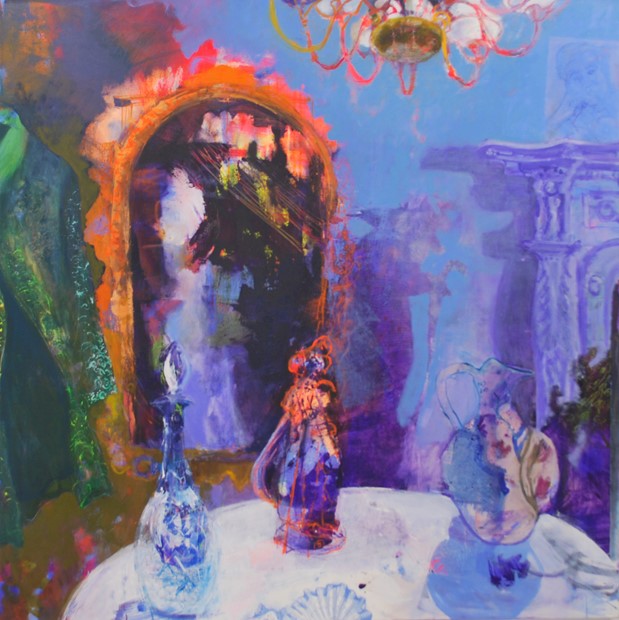 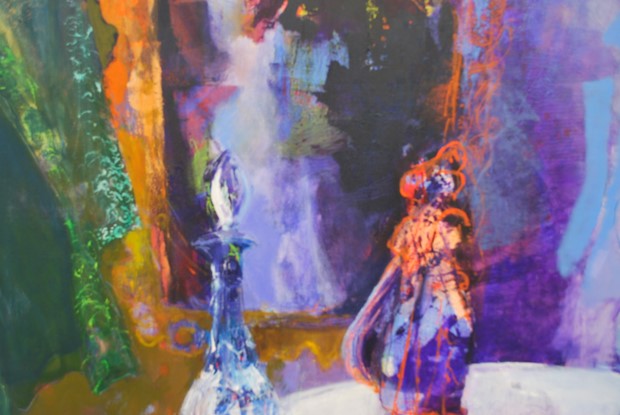 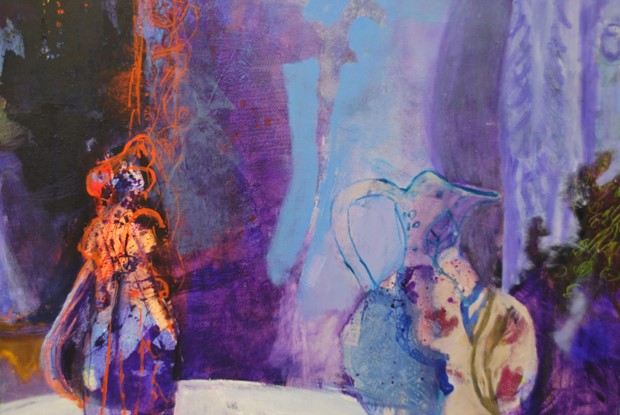 This painting, oil and egg tempera on canvas, shows items belonging to my father. Shortly after he died I wanted to make a homage to him. It shows his dressing gown, a crystal decanter and a statue of St. Jacques which he bought whilst on the Camino de Santiago ; its shadow looms large. Pieces of furniture, such as a fireplace and a chandelier also feature, giving the objects context. There is a tracing of a photo of him on the mantelpiece.