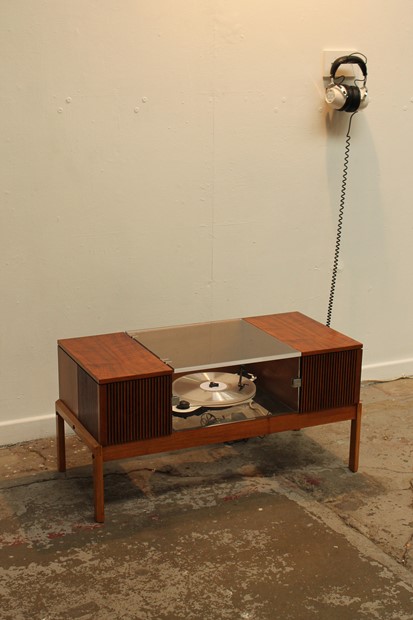 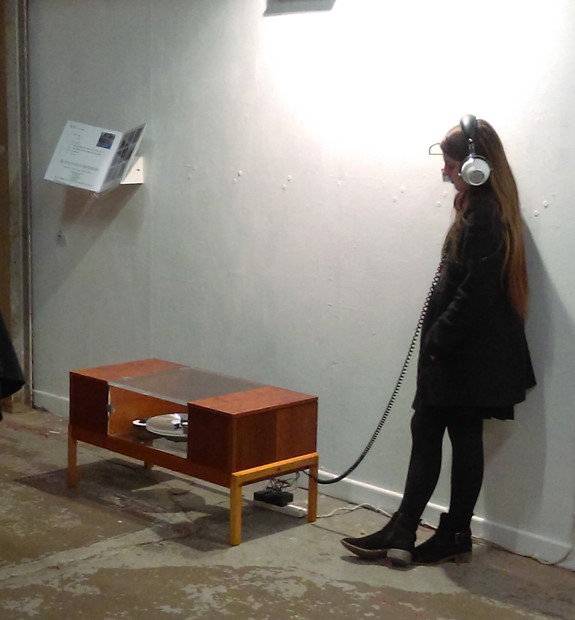 Collaboration with Giorgio Garippa.
Modified 1970s stereogram, perspex, turntable, amplifier, vintage 1970s headphones, clear vinyl record.
The record's sound was created using geophysical survey images of the former football pitch of Bradford Park Avenue FC which was abandoned in 1970. The old pitch markings were visible as a ghostly trace in the geophys images where their having been repeatedly marked over many years had changed the chemical composition of the soil. When the image was transformed into a sound file, it became a buzzing and rumbling electric noise.

The work was initially started in response to the Breaking Ground residency in Bradford where artists worked alongside historians and archaeologists in examining the abandoned football stadium of Bradford Park Avenue FC.

A framed copy of the record was included in the Breaking Ground exhibition at the National Football Museum, Manchester, details of the work were referenced in the book Breaking Ground: Art, Archaeology and Mythology (2016) edited by Nevile Gabie, Alan Ward and Jason Wood, and the version played in an adapted stereogram was featured in the OVADA Open 2017.