Who gets your Vote? 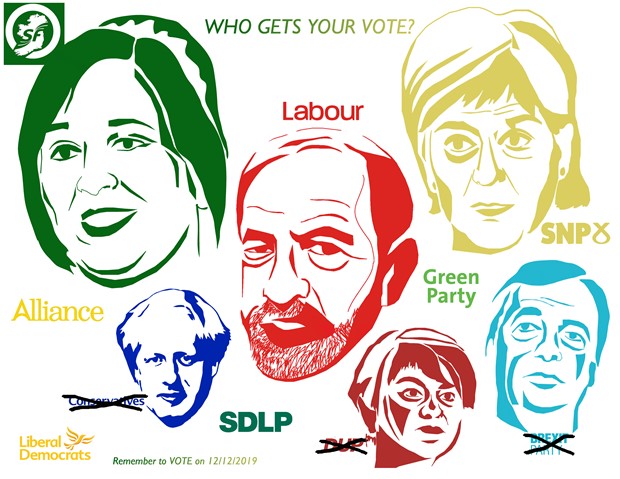 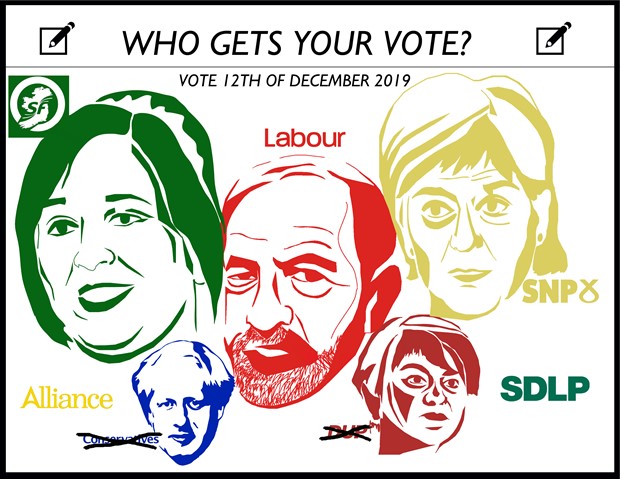 After Boris Johnson 'the current UK Prime Minister' couldn't get his Brexit deal through parliament, he decided to call a snap general election to try and break the Brexit deadlock. For this piece, i have focused on the key political parties that i support and will/would vote for including Sinn Féin (support for Irish Unity & against Brexit) and the SNP (support for a Scottish Independence Referendum 2 & against Brexit). I have included other parties such as the 'DUP & the Conservatives' with their names crossed out to represent my opinion and feelings regarding their political parties (i particularly do not want these parties to do well from in this election).