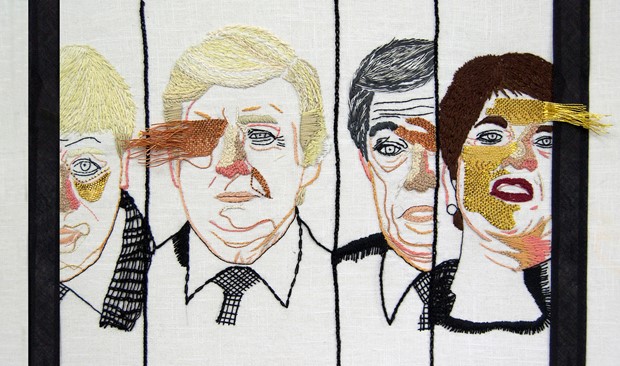 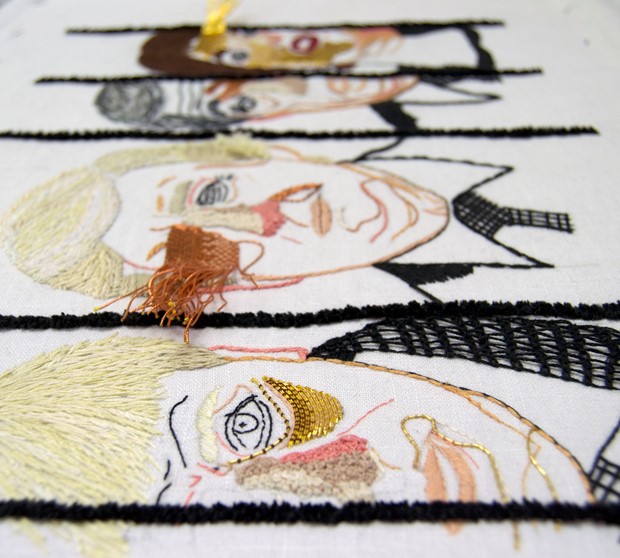 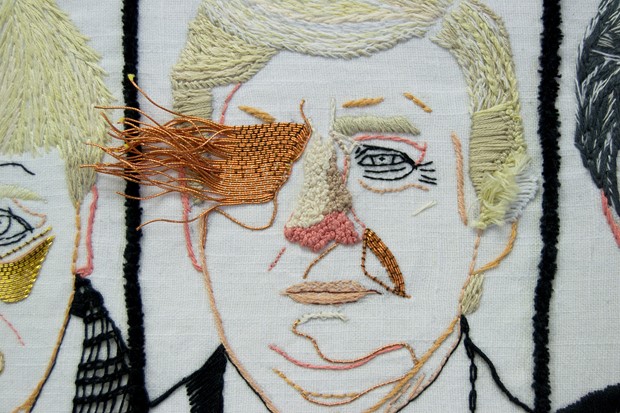 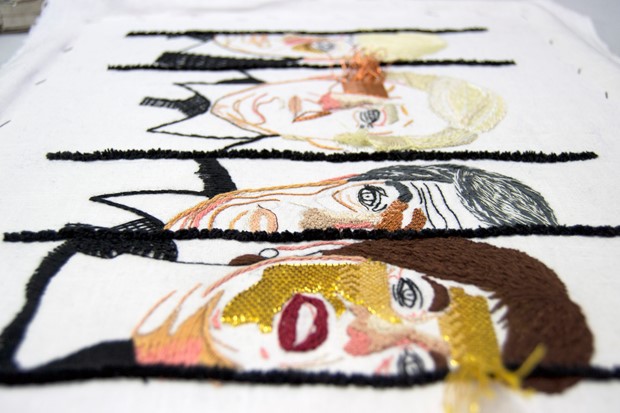 Bad Governance is an experimental embroidered piece that has four politicians portraits stitched behind bars [Boris Johnson, Donald Trump, Nigel Farage & Arlene Foster]. I used gold/metal thread work to represent ideas surrounding their greed for money and power whilst debating, should these people still be in the public eye or in fact be behind bars?

This piece was inspiration from my research into communal links and shared interests of these politicians; that in my opinion far from benefit the general public. Johnson, Farage and Foster are all pro-Brexit supporters who don’t seem to care about the effects from leaving the EU without a deal or with Johnsons new ‘worse’ deal would have on the UK and Ireland.

These four politicians are linked through their political parties and common interests. Johnson has been trying to secure a trade deal with Trump, in which the NHS has been rumoured to be on the table. Farage and Trump both used Cambridge Analytica for their political campaigns; Farage for his Brexit party and Trump for his American Presidential campaign.

Foster’s party the Democratic Unionist Party [DUP] have propped up the Conservatives minority government since 2017 under (then) Prime Minster Theresa May. But since Boris Johnson took over from May as the UK’s Prime Minster he has lost the support of the DUP due to his alternative Brexit Deal that would potentially see a new border in the Irish sea between ‘Great Britain’ and the North of Ireland.