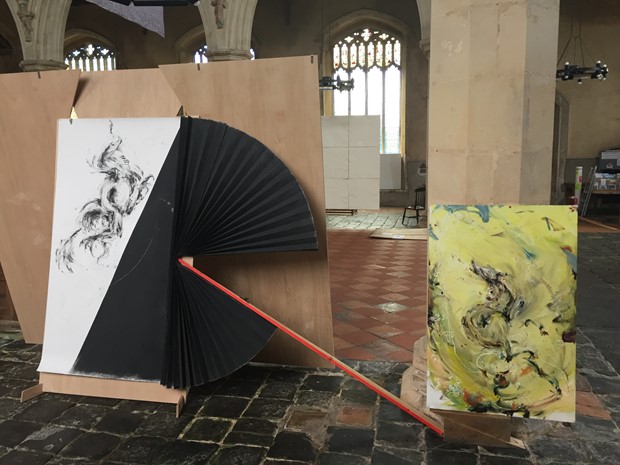 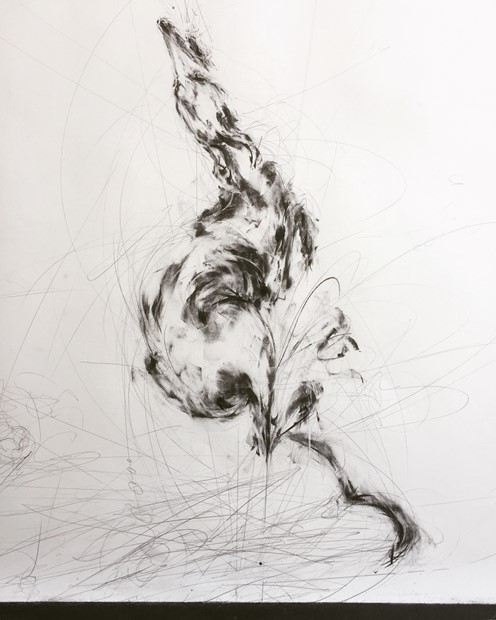 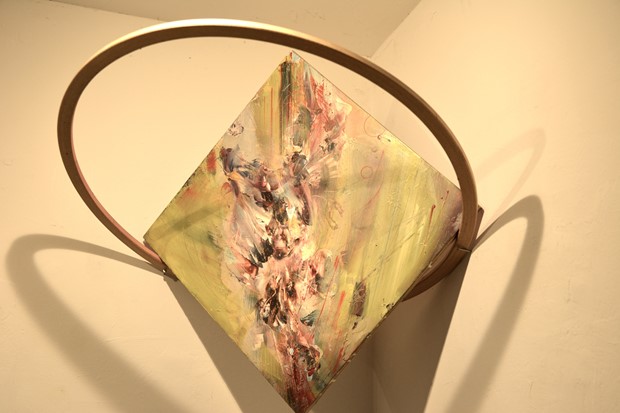 Nessie Stonebridge’s art depict wild birds paused in crystalized units of time, their wings, talons and beaks contorted in frozen muscular action. Her brooding charcoal drawings and electric oil paintings capture the intensity of the bare life of animals. The iconography here is certainly loaded. For example, any depiction of a swan will invoke the Greek myths of Leda and its erotic charge in Renaissance art. Or, we could say that imagery of avian flight inevitably suggests the photographic motion studies of the 1870s (Etienne-Jules Marey, Eadweard Muybridge), which prefigures cinema and nature documentaries. These citations may help place Stonebridge’s work within human culture, but we must look elsewhere, to the non-human, to engage with them properly.

Stonebridge’s work draws on observations from life, not from art history books. She lives on a bucolic farm in Norfolk, her studio surrounded by fields, water, and avian passers-by. Nature here is torrid and calamitous. Recently, she spotted a swan with its head chopped off; nearby was a dead fox. It is the brutality of this encounter that fascinates Stonebridge, not the folksy obscenity that it conjures: namely, the possibility of witchcraft or animal sacrifice in modern Norfolk. The dead swan and fox are evidence of mortality, of everyday death in the animal kingdom. It is this mortality that excites Stonebridge’s imagination, and it may be no surprise that she was once an enthusiastic rock climber, a sport that dramatizes the vertiginous balance between life and death. Alluding to this love of climbing, Stonebridge often binds her paintings with climbing rope, as if keeping them from spinning off.

Like the climber resisting gravity, her paintings and drawings dream of flight. But while her vortex-like works appear to spin out into space, it is their slowness that is, perhaps, fundamental. Her painting and drawing process involves a durational labour of accretion and deletion. She applies paint or charcoal, removes and layers it, expending hours and weeks in a meditative focus on line, form or colour. Her works are ultimately the work of a walker, maker and observer. Stonebridge, like the rest of us, seems to love birds because they live and die at a velocity that we can only marvel at.

Lives and works in London and Norfolk