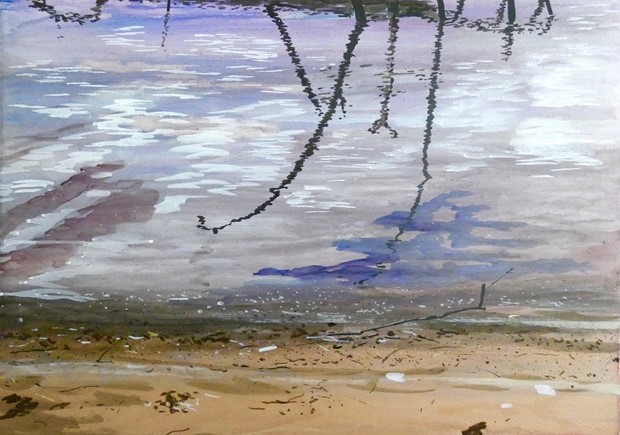 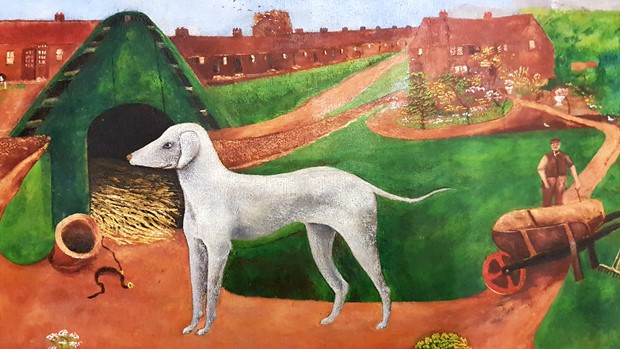 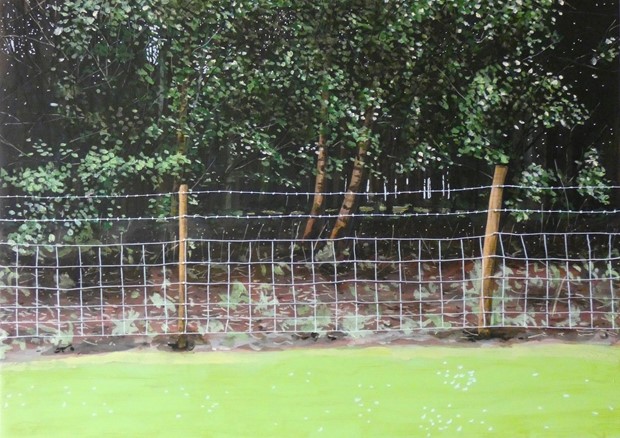 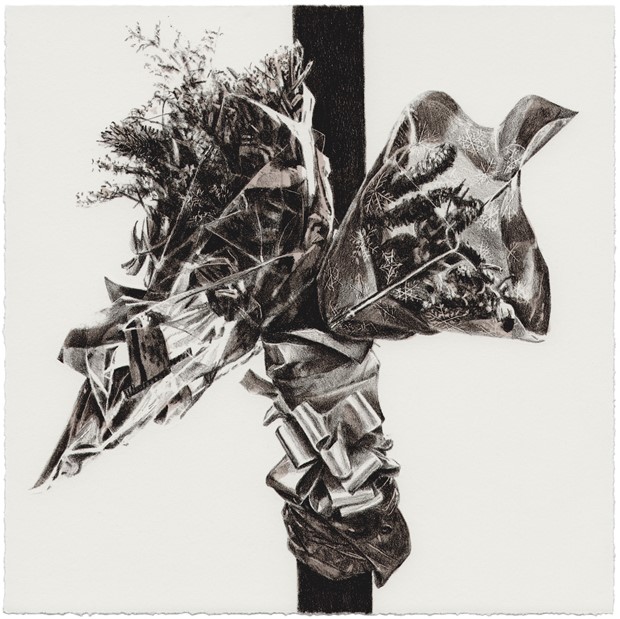 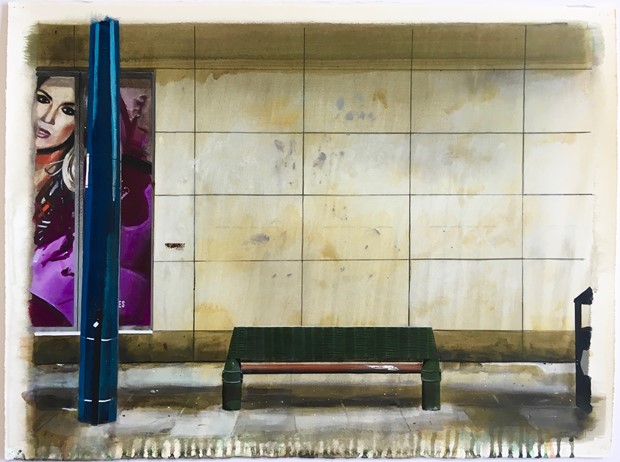 Narbi Price’s work involves journeys to specific places that have witnessed a range of events – variously historical, famous, personal or forgotten. He researches the precise location of a chosen event, ranging from significant moments in music, film and TV, whimsical acts through to places of violence and death amongst others. Working from photographs taken at the site, he makes paintings in the studio focussing on the abstract, formal and painterly qualities of the resultant images.

This process removes the conscious choice of subject matter; he must work with whatever is present at the spot. Whilst clearly photographically derived, the paintings use the language of abstraction to simultaneously acknowledge and disrupt the representational image. The paint is transparent, opaque, glossy, matt, dilute and impasted, often within the same work. As viewers, we are not immediately made aware of the specific histories of the sites and are given space to wonder about the multiplicities of events that might have taken place, an effect heightened by the painting method. Our experience of the work shifts as we become aware of the provenance of the depicted sites.

Untitled Gutter Painting and Untitled Path Painting (2014) show the anonymous locations where the artist was the victim of an unprovoked attack in his hometown, Hartlepool. Untitled Flowers Painting (KB for Ettrick)(2017) shows the site of the Kard Bar, a hub of alternative culture in Newcastle, destroyed by fire in December 2015, killing the owner.

Untitled Yard Painting (Albert) and Untitled Yard Painting (Harold) (2015) depict the filming locations of the yard gates in the iconic Steptoe and Son TV sitcom and spin-off films respectively, the former now an actual scrap yard and the latter a plate glass office building. Untitled Bridge Painting (2013) portrays the site of Lollards Pit in Norwich, where heretics were burned at the stake in the 15th and 16th centuries. Untitled Alley Painting (2013) shows the filming location for the video to Subterranean Homesick Blues, the 1965 song by Bob Dylan. Untitled Black Door Painting (304) (2012) shows the door to the home of record producer Joe Meek, famous for Telstar by The Tornados, where in 1967, in a fit of depression, he shot and killed his landlady and himself.

Untitled Flowers Painting (DB) (2017) depicts the spot where David Bowie stood on the cover art of his 1972 album, The Rise and Fall of Ziggy Stardust and the Spiders from Mars, as it was during the week after his death. Untitled Well Painting (2012) shows the supposed site of the well, celebrated in the North East England folksong, The Lambton Worm, where Lord Lambton threw the Wyrm (Worm) before leaving to fight in the First Crusade. Untitled Slab Painting (2016) depicts a former public execution site in Venice. Untitled Monkey Painting (2016) shows the site where, allegedly, during the Napoleonic Wars of the early 19th century, a shipwrecked monkey was hanged by the people of Hartlepool, believing it to be a French spy. Untitled Club Painting (2015) features the Salford Lads Club, made famous in the artwork and videos for The Smiths 1986 album The Queen is Dead.

Born 1979 in Hartlepool, lives and works in Gateshead and Newcastle upon Tyne, UK