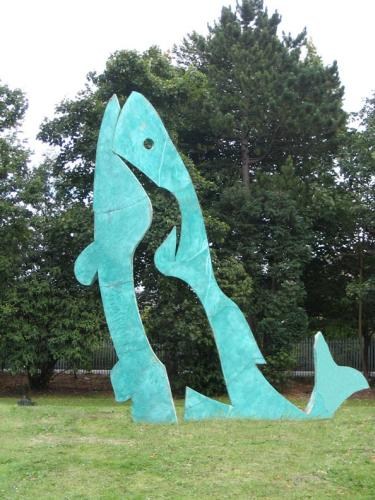 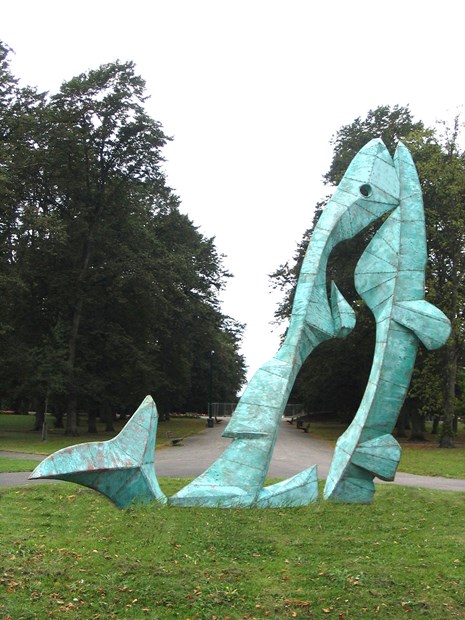 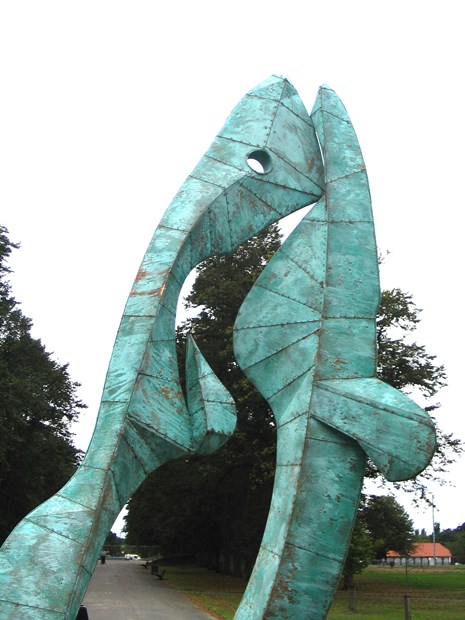 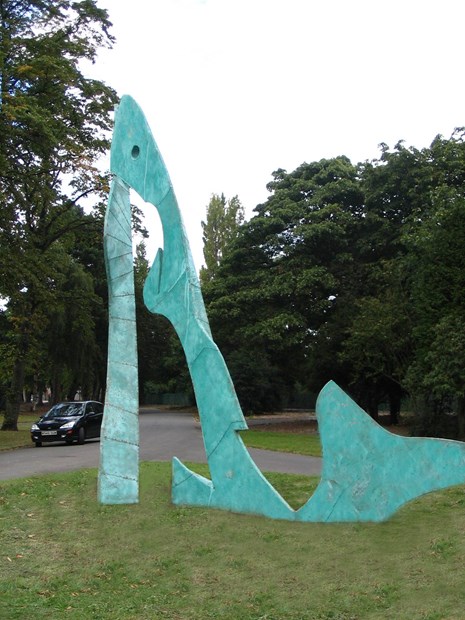 A sculptural feature designed for Ropner Park, Stockton on Tees.
Historical context The sculpture was designed to replace a Victorian drinking fountain, which had been temporarily sited in the park. Originally located in the towns market square, the fountain had been moved due to the fact that fishmongers had used it to gut and clean fish in. The sculpture was commissioned as part of a programme of refurbishments including renovation of the cast iron park gates and decorative fountain.
Theme & Form
The sculpture has, as its starting point, the work by Gaudier Brzeska Bird Swallowing Fish and also refers to the fishmonger anecdote and nearby decorative fountain, which is adorned with cast iron herons. Thus the form of the work is a leaping salmon with the silhouette of a heron in its stomach.