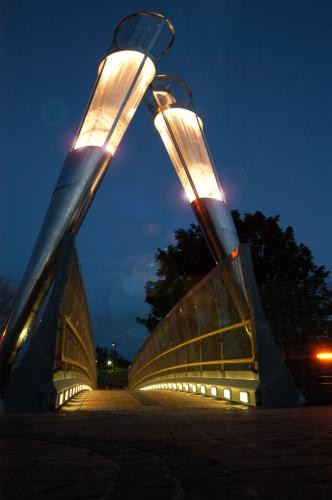 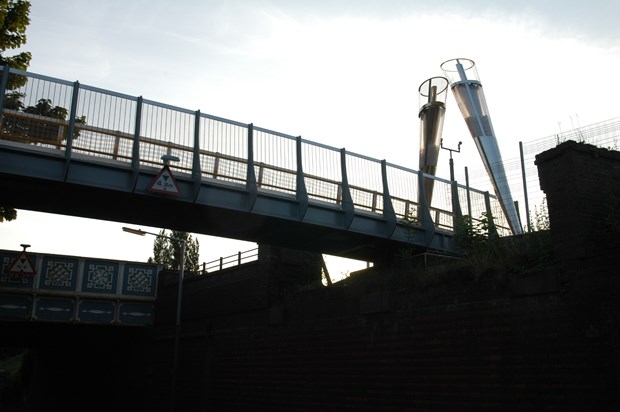 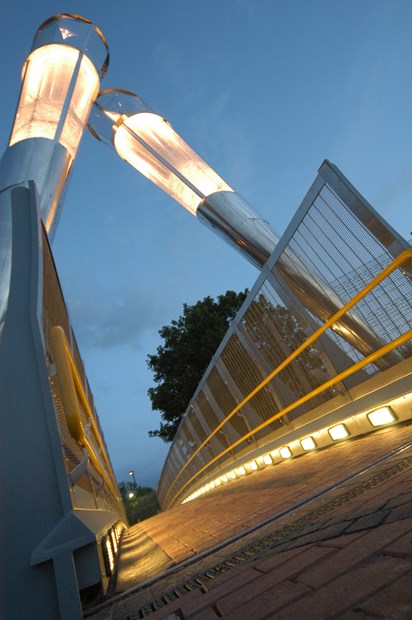 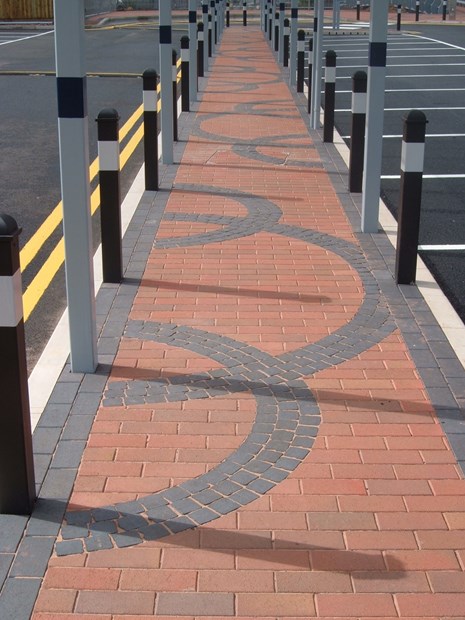 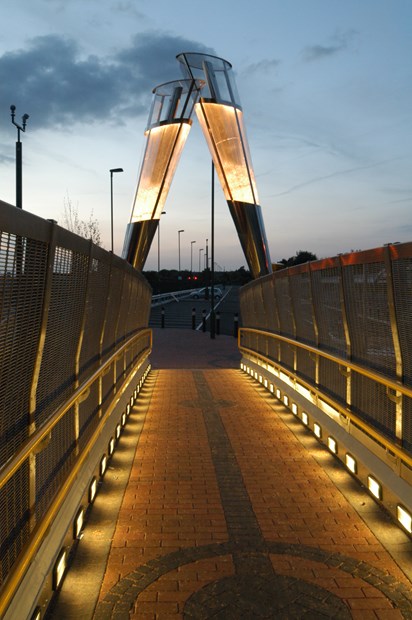 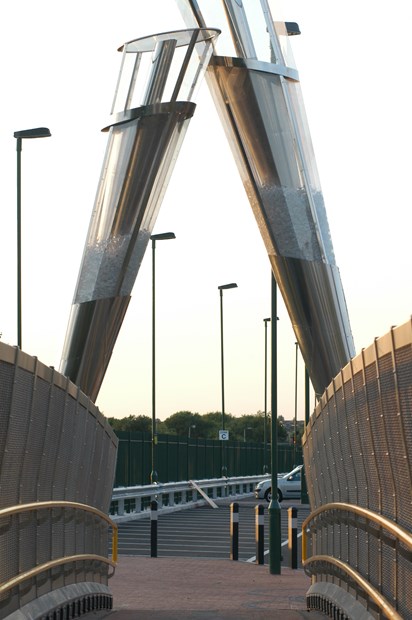 A beacon/landmark for Stourbridge Junction Station Commissioned by Centro.
Historical context
The town of Stourbridge today has international recognition as a centre for high quality glassware. The glass industry in the Stourbridge area dates back to the 17th century when refugee 'gentlemen glassmakers' from Lorraine settled here attracted by the abundant supplies of coal and clay for their melting pots. At first they made window glass and bottles but in the 18th century following the invention of lead glass they began producing the tableware and ornamental glass for which Stourbridge has become world-famous.
The golden age of the Stourbridge glass industry was the 19th century when many new firms were established and new colours and decorating techniques pioneered locally. Today the glass industry is much less extensive than it was, with a handful of factories still operating on their historic sites. These include Royal Brierley Crystal, Royal Doulton Crystal, Stuart Crystal and Tudor Crystal.
Theme & form
The scheme features two conical elements derived from the form of a champagne flute which meet to form a triangular archway for the footbridge. Thus, the artwork is in the form of a toast - a toast in this instance, to Stourbridge Crystal. Clink. The design was developed in conjunction with Mark Humphries architects, the designers of the new footbridge.
Materials
Clink is fabricated from mild steel, polished stainless steel, polycarbonate and more than 1000 broken champagne glasses. The sculpture features an internally located metal halide lighting system, which up-lights the broken glass during the hours of darkness.